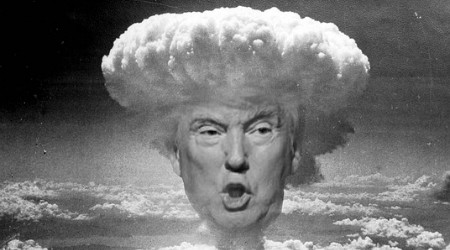 As was the case with the Iran agreement, public support for diplomacy is what kept the negotiations alive. Thankfully, most of the country supports pursuing diplomacy. According to a mid-December poll, 64 percent of Americans support direct talks between the U.S. and North Korea. We need to turn that support into action. Concerned citizens can call their members of Congress today and ask them to speak out in favor of direct diplomacy with North Korea without preconditions, and also to rein in Trump’s authority to wage war, even nuclear war, absent congressional authorization. The Capitol Switchboard number is 202-224-3121. CONTINUE READING

CBS News: CDC to hold briefing on how public can prepare for nuclear war

“While a nuclear detonation is unlikely, it would have devastating results and there would be limited time to take critical protection steps. Despite the fear surrounding such an event, planning and preparation can lessen deaths and illness,” the notice about the Jan. 16 briefing says on the CDC’s website, which features a photo of a mushroom cloud. CONTINUE READING

Jan. 1: During his annual address, Kim says North Korea is in the “final stages” of developing an intercontinental ballistic missile.

Jan. 2: Trump, still weeks from his inauguration, tweets: “North Korea just stated that it is in the final stages of developing a nuclear weapon capable of reaching parts of the U.S. It won’t happen!” CONTINUE READING