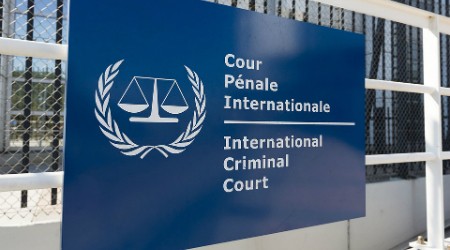 The long overdue message that no one is above the law is particularly important now, as the Trump administration ramps up military machinations in Afghanistan

On Nov. 3, the chief prosecutor of the International Criminal Court (ICC) informed the court’s Pre-Trial Chamber, “[T]here is a reasonable basis to believe that war crimes and crimes against humanity have been committed in connection with the armed conflict in Afghanistan.”

In what Amnesty International’s Solomon Sacco called a “seminal moment for the ICC,” Chief Prosecutor Fatou Bensouda asked the court for authorization to commence an investigation that would focus on U.S. military and CIA leaders, as well as Taliban and Afghan officials. CONTINUE READING

4. If the United States is not an ICC member country, how can the ICC prosecutor investigate allegations against US nationals implicated in abuses in Afghanistan?

The ICC has jurisdiction over war crimes, crimes against humanity, and genocide committed on the territory of Afghanistan, a state party, after May 1, 2003 – even crimes by nationals of non-states parties.

Human Rights Watch and other organizations have documented US abuses against detainees in Afghanistan since the US-led invasion ousted the Taliban government in late 2001. In 2004, Human Rights Watch found compelling evidence of torture or cruel treatment by US personnel. CONTINUE READING