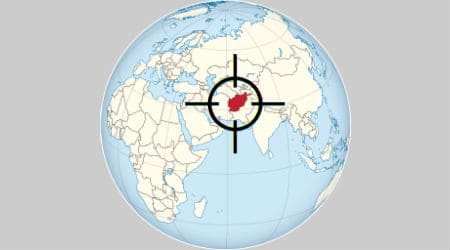 Well before the Trump admin is over, US soldiers will be fighting and dying in Afghanistan who weren’t even born when the 9/11 attack occurred

While he has voiced skepticism about allowing U.S. troops to become bogged down in foreign conflicts, the president has also expressed a desire to be tough on terrorism and has seemed to delight in the use of military force. CONTINUE READING

Well before the Trump admin is over, US soldiers will be fighting & dying in Afghanistan who weren’t even born when the 9/11 attack occurred https://t.co/54uWQKbgqH

The US military have made no secret of their wish for more troops in Afghanistan. Barack Obama resisted the pressure. President Trump appears to be more willing to give his commanders a free reign. If the US increases its military presence then it expects allies to do the same. It is, after all, a Nato-led mission, at least in name. CONTINUE READING

Mr Corbyn said: “I want to see a peace settlement in Afghanistan, I was opposed to the deployment of troops in the first place in Afghanistan. I think we have to look at promoting political stability in Afghanistan, and we will look at that request when it comes. CONTINUE READING

There is an easy way to determine whether a member of Congress is bearing true faith and allegiance to their oath to “support and defend the Constitution of the United States against all enemies, foreign and domestic.”

If a they demand that presidents of both parties seek congressional approval for military action, the oath is being taken seriously. If they don’t, the oath is abandoned—and, with it, any sense of duty to defend the most basic premises of the American experiment. CONTINUE READING