[Intel Report] Harvey Is What Climate Change Looks Like 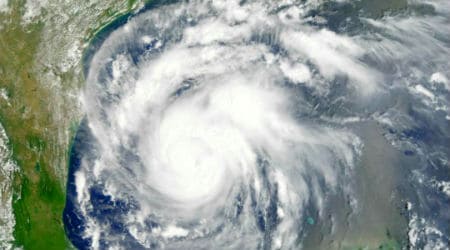 Now is the time to say it as loudly as possible: Harvey is what climate change looks like. It’s time to open our eyes and prepare for the world that’s coming.

In all of U.S. history, there’s never been a storm like Hurricane Harvey. That fact is increasingly clear, even though the rains are still falling and the water levels in Houston are still rising.

Naomi Klein, The Intercept: Harvey Didn’t Come Out of the Blue. Now is the Time to Talk about Climate Change.

Now is exactly the time to talk about climate change, and all the other systemic injustices — from racial profiling to economic austerity — that turn disasters like Harvey into human catastrophes.

Turn on the coverage of the Hurricane Harvey and the Houston flooding and you’ll hear lots of talk about how unprecedented this kind of rainfall is. How no one saw it coming, so no one could adequately prepare.

What you will hear very little about is why these kind of unprecedented, record-breaking weather events are happening with such regularity that “record-breaking” has become a meteorological cliche. In other words, you won’t hear much, if any, talk about climate change. CONTINUE READING

Ten days before Hurricane Harvey made landfall on the Texas coast, President Donald Trump signed an executive order to speed up the pipeline for federal infrastructure projects.
One component of that Aug. 15 order? Eliminating an Obama-era rule called the federal flood risk management standard that asked agencies to account for climate change projections when they approved projects.

That drew condemnation from an odd coalition of scientists, civil engineers, and fiscal conservatives concerned about reversion to the old ways: pouring money into projects that would soon be washed away. CONTINUE READING

Photo: U.S. Dept. of the Interior