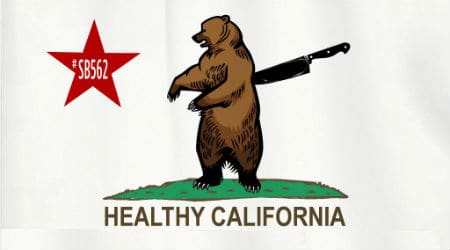 Given his ties to the health insurance and pharmaceutical industries, it’s not surprising that Speaker Rendon shut down the bill. His senior adviser, Eric Bauman, was recently elected by party insiders to chair the California Democratic Party Chair. Bauman received over $100,000 in 2016 lobbying for the pharmaceutical industry against Prop 61, which would have capped prescription drug prices in California. CONTINUE READING

As some have pointed out, the California single-payer legislation is actually a pretty good bargain. The efficiencies created from having one public insurer save a lot of money. The state would spend about 15 percent of its gross domestic product to achieve universal health care, which is 3 percentage points less than the United States as a whole currently spends for less-than-universal health care.

Brown himself once forcefully argued exactly that — that moving to a single-payer system would save money and cover everybody. It was a cornerstone of his unsuccessful 1992 bid for the Democratic presidential nomination. CONTINUE READING

As the GOP attempts to slash medicaid and repeal Obamacare in Congress, Sen. Elizabeth Warren is barnstorming her state of Massachusetts, advocating a single payer system that should, in her mind, be wholly adopted by the Democratic Party.

“President Obama tried to move us forward with health-care coverage by using a conservative model that came from one of the conservative think tanks that had been advanced by a Republican governor in Massachusetts,” she told the Wall Street Journal in an interview last week. “Now it’s time for the next step. And the next step is single payer.” CONTINUE READING