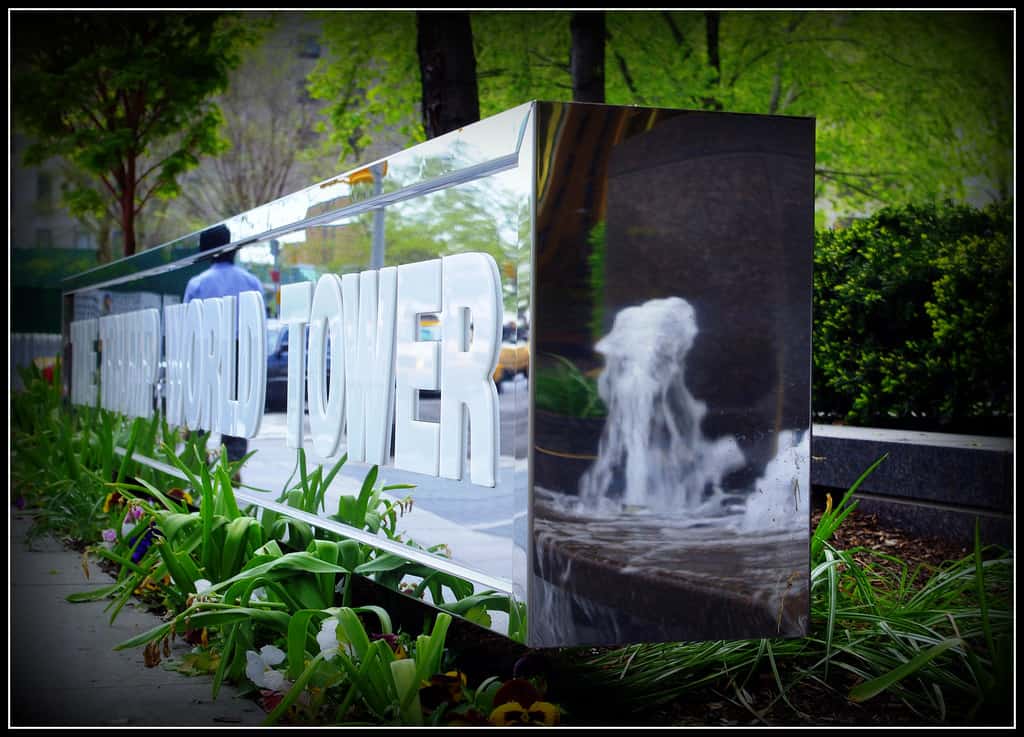 President Trump’s Muslim ban is not only mean-spirited and, hopefully, unconstitutional, but it is irrational because it doesn’t even include the country most responsible for spreading terrorism around the world: Saudi Arabia.

The travel restrictions on seven Muslim-majority countries was rationalized as a way to thwart potential terrorists from entering the United States, with Trump citing the tragedies of 9/11 and the San Bernardino shooting as motivations behind the executive order. But no citizens of the seven banned countries were responsible for the deaths of any Americans on US soil. It is indeed a glaring omission that Saudi Arabia, the country that furnished 15 of the 19 hijackers on 9/11, was absent from the list.

Protecting Saudi Arabia is not new; it has been US policy since the discovery of oil in the desert nation in the 1930s. Despite evidence that the Saudi government was supporting ISIS and Al Qaeda affiliates, President Obama continued the cozy Saudi relationship, including selling the Saudis massive amounts of weapons. But when Obama signed the nuclear deal with Saudi’s nemesis, Iran, the relationship started to fray. It now appears that Donald Trump, despite his criticisms of the repressive kingdom during the campaign, will be an even more staunch supporter of the Saudi regime.

Trump is certainly well aware of the Saudi terrorist connection and the irony of the US-Saudi relationship. Back in 2011 he called the Saudi regime the world’s biggest funder of terrorism and said the Saudi government uses “our petro dollars, our very own money, to fund the terrorists that seek to destroy our people while the Saudis rely on us to protect them.” In a 2016 Fox News interview during the campaign, Trump said, “Who blew up the World Trade Center? It wasn’t the Iraqis, it was Saudi [Arabia].” He also repeatedly criticized Hillary Clinton for taking Saudi money for the Clinton Foundation and challenged her to return the money.

Saudi Arabia’s omittance from the ban does not seem so irrational when the dots are connected between the Kingdom and Donald Trump’s bank account. While Trump was on the campaign trail, his business ties in Saudi Arabia were blooming with the opening of eight different enterprises. Just after the election, he half-heartedly attempted to avoid conflicts of interest by closing four of the Saudi business endeavors but the status of the other holdings is unknown.

The financial connections extend both ways, with Saudis invested in Trump hotels, including the Saudi purchase of an entire floor of the New York Trump Hotel, channeling at least $5.7 million to Trump’s company since 2001. At a campaign rally in Alabama, Trump professed his affection for the Saudi royalty and their money. “They are buying apartments and properties from me. They spend $40-50 million. I am supposed to hate them? I love them very much.”

Trump is not the only one with deep Saudi ties. Secretary of State Rex Tillerson was closely linked to Saudi Arabia during his time as CEO of Exxon. Exxon boasts that it is “one of the largest foreign investors in the Kingdom and also one of the largest private sector purchasers of Saudi Aramco crude oil.” Here in the United States, Exxon and Saudi state companies are working together to build a natural gas refinery facility along the Gulf of Mexico to manufacture plastics.

When grilled by Sen. Marco Rubio at his confirmation hearing about whether Saudi Arabia was a human rights abuser, Tillerson said that such a label would be undiplomatic and potentially counterproductive.

With Rex Tillerson at the helm of the State Department, Saudi Energy Minister Khalid Al-Falih concluded that Trump’s policies would be “good for the oil industry.” While the Saudis have already invested billions of dollars in U.S. refining and distribution facilities, the Energy Minister said that the Saudis “may be increasing that investment on the back of pro-industry, pro-oil and gas policies of the Trump administration.”

The Saudi government is also delighted with the Trump administration’s tough attitude toward its long-time adversary, Iran. They were encouraged by Trump’s constant criticism of the nuclear deal on the campaign trail and by the appointment to cabinet positions of several anti-Iran generals. Indeed, the warning by Trump’s National Security Advisor Michael Flynn that the United States was putting Iran “on notice” after a recent missile test must be music to Saudi ears.

Trump’s anti-Iran stance will undoubtedly translate into continued U.S. weapons sales to the Saudis and continued U.S. support for the Saudi war in Yemen, where for the past two years the Saudis have been bombing Yemen’s Houthi tribe, a group with ties to Iran. Indeed, the first weapons sale of Trump’s presidency provided Saudi Arabia with $545 million worth of observation balloons to patrol the Kingdom’s border with Yemen. While this sale pales in comparison to the record $100 billion in various arms deals under the Obama administration, Trump’s approval of the sale within his first few weeks as president indicates that he intends to continue both the arms sales and the military support, despite the catastrophic results for the Yemeni people.

The first two weeks of the Trump administration also produced a botched U.S. raid in Yemen against Al Qaeda (which is, ironically, an enemy of the Houthis). The raid resulted in the deaths of a U.S. Navy Seal and 30 innocent Yemenis, including a baby and 8-year-old Nora al-Awlaki, daughter of the U.S. citizen Anwar al-Awlaki, who was killed by a U.S. drone strike in 2011. According to her grandfather, Nora was hit with a bullet in her neck and slowly bled to death.

In Trump’s world where money talks, poor Yemenis are banned from entering the United States (and are killed back home) and Syrians fleeing violence are portrayed as terrorists, while Saudi princes who cling to power by torturing and beheading dissidents get safe passage to their luxury digs in Manhattan’s Trump Towers.

Medea Benjamin (medea@globalexchange.org), co-founder of Global Exchange and CODEPINK: Women for Peace,and author of a forthcoming book on Saudi Arabia, Kingdom of the Unjust. Her previous books include: Drone Warfare: Killing by Remote Control; Don’t Be Afraid Gringo: A Honduran Woman Speaks from the Heart, and (with Jodie Evans) Stop the Next War Now (Inner Ocean Action Guide). Follow her on Twitter: @medeabenjamin