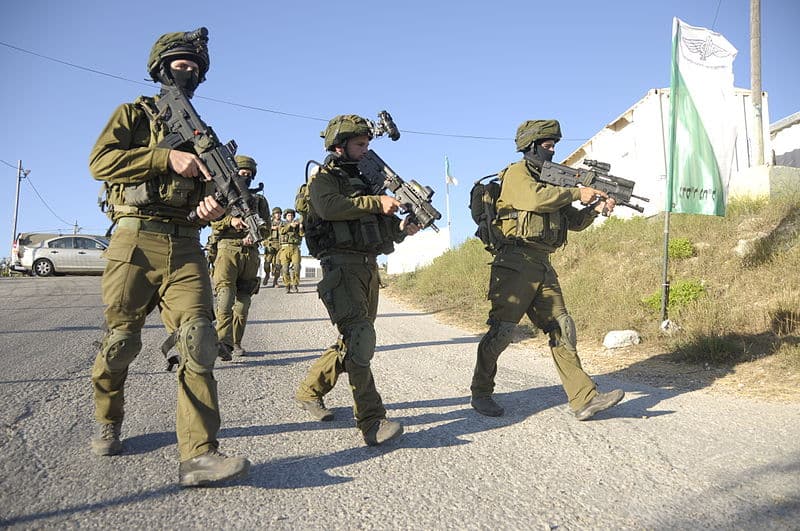 The kidnapping and killing of three Israeli squatter youth whose parents usurped Palestinian land has produced a paroxysm of hatred and calls for reprisals in Israel. Whoever is responsible for it, the killing of the youth was a horrid and inexcusable crime, and the heart of any parent goes out to the bereaved families.

It should be noted that during the Israeli dragnet in the West Bank, some 9 Palestinians, some youth or children, have also been killed, and hundreds arbitrarily arrested. The heart of any parent also goes out to those bereaved families.

But assuming that Palestinians were the culprits, the social and political structures fostered by Prime Minister Binyamin Netanyahu’s Likud Party form an essential context here. Social scientists always contextualize, an anathema to propagandists and the more glib of the journalists, who confuse it with excusing things. To put things in context is not to justify anything, it is to seek and understanding of human actions beyond the simple demonization of the Other.

The Likud has a policy of keeping the Palestinians stateless. Stateless people lack the right to have rights, in the phrase of Hannah Arendt and the US Chief Justice Warren Burger. They have no state to back their rights, therefore they have no real title to their property, no rights over their land, water or air, nor really even control of their own bodies. In some ways their situation is analogous to that of slaves.

Since the stateless lack a state, they also lack law and order. What most struck me from my last visit to a Palestinian refugee camp was how much of a frontier situation it was. There are no police. Everyone has to fend for themselves. And it is easy for predatory gangs to form.

That is, statelessness produces small violent groups such as Islamic Jihad and perhaps the Palestinian branch of the so-called “Islamic State” of Abu Bakr al-Baghdadi. It produces them because in the absence of formal state structures, such groups thrive in the interstices of society. And it produces them because statelessness and the consequent deprivation of basic human rights produces potent grievances.

If the Likud really wants an end to such incidents, then it should negotiate in good faith to bring about the kind of Palestinian state that could actually police Palestinian lives. Instead, Mr. Netanyahu, despite public denials, wants to make a Palestinian state forever impossible, because he sees it as a danger to his brand of Iron Wall Zionism, which is aggressive and expansionist and Jewish-supremacist. Netanyahu did everything he could to torpedo Secretary of State John Kerry’s peace process. One side-effect of statelessness is lawlessness. Netanyahu is actively choosing it.

Likewise, the Likud Party (and its coalition partners, some more barracuda-like than even the Likud itself) is dedicated to a vast project of stealing Palestinian land and resources on the West Bank. They are building beehives of colonies, which are solely Jewish and racist in character, excluding the native Palestinians from dwellings built on their own territory. The intended end game here of people like Avigdor Lieberman is likely that once a majority of the population in the West Bank is Israeli, an incident like the one that just took place will be used as a pretext to simply chase all the Palestinians out to Jordan or Egypt and then lock them out of their own country– i.e. a repeat of what was done in 1948.

It should be fairly obvious that if you take adolescents into the middle of the Palestinian West Bank and steal Palestinian land and build houses on it and shoot at Palestinians trying to harvest their crops nearby and bulldoze down their homes or dig tube wells so deep as to cause the Palestinian wells to run dry– if you engage in this settler-colonial enterprise, then you are exposing those adolescents you drag with you into it to danger.

It is still wrong. Violence in anything other than direct self-defense is always wrong, and innocent non-combatant life must never be taken. A resistance movement is legitimate, but its quarrel must be with soldiers.

In the way of politics, the killing will be used by the Israeli Right wing to demonize all Palestinians and to justify collective punishment of innocents among them, and as a pretext to take further property and rights away from them. Mr. Netanyahu seems to think he can use the murders as a basis for a campaign to destroy the Hamas Party-Militia in Gaza altogether. But Hamas is a side effect of Israeli brutalization of Palestinians in Gaza, who live under an economic siege, and if it were destroyed, something worse would take its place. Intolerable situations produce resistance, and resistance movements are often fanatical. Of course, the Israeli crackdown actions will produce a backlash from Palestinians in turn. The Likud, with its Ku Klux Klan kind of ideology, thrives on such a backlash– just as the Klan liked to see defiant African-Americans in the days of Jim Crow so as to make it easier to stage a lynching.

The Likudniks, whether in Israel or in the US, seem blithely unaware that they are operating in the same world as Iraqi Prime Minister Nouri al-Maliki. He didn’t expect suddenly to lose a third of the territory he controlled. While the surprises awaiting the Likudniks aren’t exactly like those that confronted al-Maliki, that there will be unpleasant surprises is fairly predictable. Grasping, indictive and petty policy always produces tragedies for those who pursue it.

Juan Cole teaches Middle Eastern and South Asian history at the University of Michigan. His new book, The New Arabs: How the Millennial Generation Is Changing the Middle East (Simon and Schuster), will officially be published July 1st. He is also the author ofEngaging the Muslim World and Napoleon’s Egypt: Invading the Middle East (both Palgrave Macmillan). He has appeared widely on television, radio and on op-ed pages as a commentator on Middle East affairs, and has a regular column at Salon.com. He has written, edited, or translated 14 books and has authored 60 journal articles. His weblog on the contemporary Middle East is Informed Comment.