In Richmond, We Would Not Let Democracy Be Bought 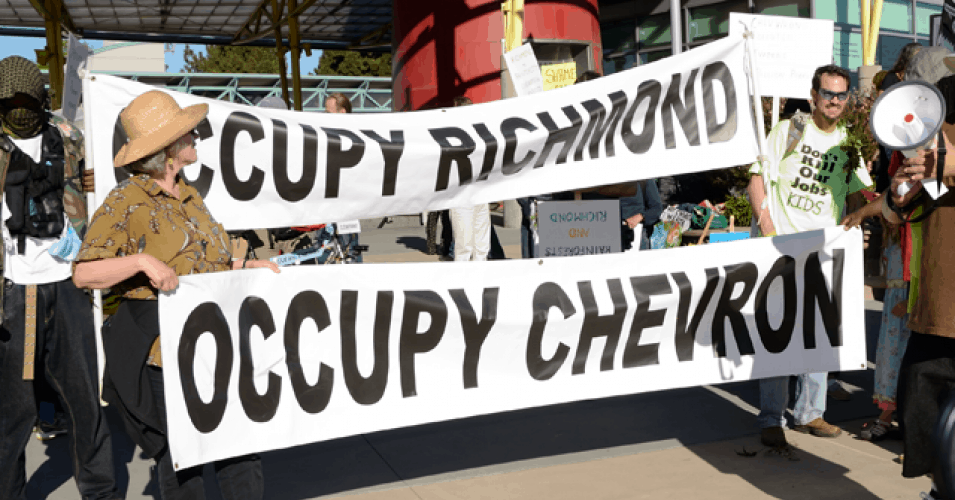 In November 2014, my city of Richmond, California, provided us with a beautiful and successful David vs. Goliath story in which ordinary people (the people of Richmond) triumphed over the Chevron Corporation and its $3 million attempt to stop Richmond’s progressive direction. We experienced a clean sweep in the elections with all the progressives winning and all of Chevron’s candidates losing.

Until recent years in Richmond, Chevron was not accustomed to having progressives inside and outside elected office working side by side for the interests of the people (rather than rolling over to corporate interests). A decade of hard-won successes, including initiatives for fair taxation; legal action requiring greater transparency; and public health, safety and environmental protections, as well as enormous local mobilizations for environmental justice and climate justice, made the corporate giant furious. Despite its rage, we persevered.

Our progressive achievements and electoral victories in Richmond have garnered national attention and we hope our story provides inspiration, and instruction, to other cities and communities. Richmond’s success is a bright light in these dark times of corporate money obscenely dominating the electoral landscape nationwide, and I remain very grateful to the voters who would not let Richmond’s democracy be bought.

Yet we also see Chevron’s outsized attempt to influence Richmond’s elections as a warning. We are an example of how the ominous Citizens United ruling unfolds and impacts communities fighting on behalf of their own interests. We worked extremely hard to push Chevron back and succeeded. But we know our future remains in peril as long as corporations are given a free rein in political elections.

Many of us took not a penny from any corporation in our campaigns. We live our values, work hard to inspire and explain our views to the community, and trust in the voters who clearly have seen through Chevron’s deceptions.

Yet we know we are surrounded by a corporate-dominated society, so we continue to warn about the dangers of corporate control even as we celebrate our victories. Just last week, I joined other local elected officials and environmental activists – including the Sierra Club, the Asian Pacific Environmental Network and Communities for a Better Environment — at a press conference in front of Chevron’s Richmond refinery in support of a recently filed shareholder resolution that asks Chevron’s board of directors to stop spending corporate funds in all political elections. Not only was shareholder money wasted in this past year’s election, but as the resolution states: “Chevron faces risks that include loss of goodwill, tensions with local communities, and reputational damage due to its spending intended to influence political elections.” Such shareholder efforts should take place at corporations around the country.

Make no mistake, we know we are in a very hard battle. Citizens United is a curse on our democracy and if it remains in place, our democracy nationwide will be destroyed. Locally, we stand strong in this battle for our nation’s future. Seventy-two percent of our Richmond voters called for a repeal of Citizens United through a local ballot measure. You can do it in your community, too. We stand with progressives everywhere calling for full disclosure by all corporate entities and political action committees, spending limits for all campaigns and public financing of public elections.

Imagine if elections were not allowed to be bought and public financing were the law of the land. Imagine if constitutional protection of our democracy was implemented and assured. Imagine if clean money and clean elections allowed people to mark their ballots knowing their individual votes count and feeling comfortable that the campaign season has not been manipulated by big money.

It can happen, but only if we keep demanding it. As abolitionist leader Frederick Douglass said: “Power concedes nothing without a demand.”

Gayle McLaughlin is a city council member in Richmond, California. She was elected mayor twice, in 2006 and 2010.