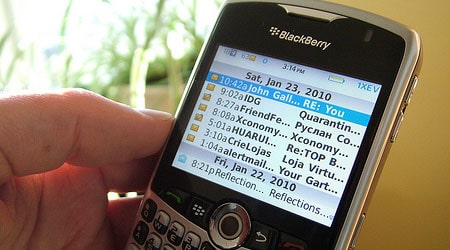 Four tech giants embroiled in the government’s secret PRISM collection program reported today that they had received classified national security demands for the contents of at least 59,000 user accounts during the first half of 2013.

In the wake of a legal battle to provide more transparency about the number of government national security requests they receive for customer information, Yahoo reported that between January and June last year, the government sought content for between 30,000 and 40,000 user accounts, mostly using classified court orders from the Foreign Intelligence Surveillance Court.

Google reported that it received FISC requests for content on between 9,000 and 10,000 accountsduring the same period.

In the case of both companies, the number of accounts affected far outweighed the number of requests they received, indicating that at least some of the requests involved data on multiple user accounts. Google, for example, received less than 1,000 requests that encompassed 9,000 user accounts, while Yahoo also received fewer than 1,000 requests, but these affected more than 30,000 accounts.

Neither company provided information about the number of requests received during the second half of last year, due to a six-month delay the government has imposed on disclosing statistics about data requests.

Google did, however, provide statistics on FISA requests for previous years, allowing the public to see how the number of requests have dramatically grown. During the first six months of 2009, for example, the company received requests that affected fewer than 3,000 accounts. But that number has grown by about 1,000 every six months thereafter.

Google and Yahoo petitioned the government last year, in the wake of the Edward Snowden leaks, to expand on the transparency report it has issued the last four years. Until now, the company was not allowed to disclose specific statistics on the number of Foreign Intelligence Surveillance Act requests it received.

Google and other companies specifically sought to publish statistics about the number of requests received and the number of user accounts affected by the requests — though they are allowed to report the statistics only using a range of numbers, rather than exact figures.

Google and Yahoo also reported a range for the number of non-content requests they received under the FISA. Each reported that it had received between 0 and 1,000 requests for non-content during the first six months of 2013.