If your name is Ahmed or Fatima, you live in fear of NSA surveillance

A snippet of Arabic conversation or a phone call to Syria, Yemen or Pakistan is more likely to be a standard family phone call than the prelude to the demise of western civilization. 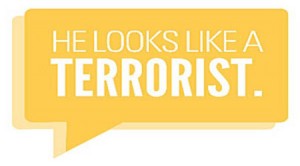 One of the most common responses from the 66% of American citizens in favor of the NSA’s data-collection programs is, “I have nothing to hide, so why should I have anything to fear?”

But what if you have nothing to hide but are targeted as a suspect nevertheless?

By that I mean, what if your name is Ahmed, Jihad, Anwar or Abdulrahman? Fatima, Rania, Rasha or Shaima? What if some of your phone calls – which the NSA is tracking with particular interest – are made to loved ones in Pakistan, Yemen, Iraq, Syria, Iran, Lebanon or Palestine? What if the language you speak on these phone calls is not English, but Arabic, Urdu or Farsi, not because it is a special jihadist code, but because it is your native language that you still speak in your home.

In other words, what if you are one of America’s 1.9 million Arab-Americans or 2.8 million Muslim-Americans?

President Barack Obama defends the NSA’s recently revealed spying apparatus as essential to helping to prevent terrorist attacks. But how does the Obama administration define a terrorist or terrorism? In Pakistan, Yemen, Somalia or anywhere else that is designated a “strike zone” by the US government, subject to so-called signature strikes by drones, any military-age man – meaning all men between the ages of 16 and 40 – are potentially categorized as a “militant”.

If he is killed in a US-authorized drone strike, his death is recorded as a “militant” death rather than a civilian death. The rhetoric helps to feed the victories of the war on terror as innocent civilian casualties are recorded in history as militant terrorists. A number of said “militants” have spent significant amount of time in the west and many have family there. Sixteen-year-old Abdulrahman al-Awlaki was even a US citizen.

Are these innocent civilians labeled as militants the same as the terrorists Barack Obama is talking about?

Despite more than six years of surveillance, the NYPD program hasn’t foiled any terrorist plots, according to the Associated Press reports. The FBI claims some success stories, but it is unclear whether they come from their specific targeting programs. What is clear is that these programs worked to create a pervading sense of depression and anxiety throughout the Muslim and Arab American communities and a blanket distrust of authorities.

Arab and Muslim communities are hardly new to the United States. Once upon a time, the neighborhood surrounding where the World Trade Center would later be built was known as Little Syria. Of course, these communities have since been pushed out of New York’s financial district, but still thrive in pockets of Brooklyn, Boston, Chicago, Dearborn and many other American cities.

In the Middle East, most of the time when you mention you are from the United States, rather than spewing aspirations for radical jihad, locals will respond with, “Oh, the United States! My cousin lives in Chicago, do you know him?”

Despite the perception that the United States and the Arab and Muslim world operate in opposition to one another, the two regions are inextricably connected via the Arab and Muslim communities who immigrated, or are the descendants of immigrants to the United States. A snippet of Arabic conversation or a phone call to Syria, Yemen or Pakistan is more likely to be a standard family phone call than the prelude of the demise of western civilization.

After all, most of us really do have nothing to hide – so why is it that we have everything to fear?