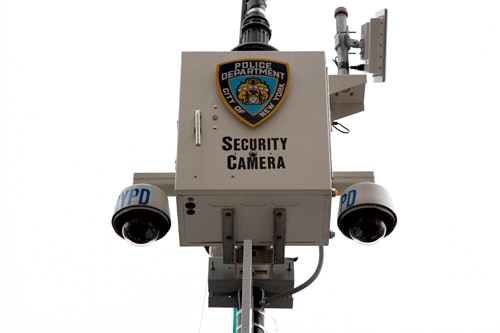 Imagine that your local police department uses a high-tech monitoring device to track your cell phone activity and find your exact location. The cops arrest you, and before long, you’re standing before a judge fighting a robbery charge or some other crime.

The cops don’t tell the courts that they used a Stingray, a surveillance device that poses as a cell phone tower and gathers your phone’s location and identifying data, to make the arrest. Neither the judge, prosecutor, defense attorney or defendant knows that the cops used the Stingray because no warrant was issued to surveil your phone in the first place. Even if the cops wanted to disclose that they used Stingrays, they can’t because they signed confidentiality agreements with the FBI barring them from saying a word.

Basically, the boys and girls in blue have found a way to circumvent the Fourth Amendment and any due process to place people in bracelets. It’s a practice that is a lot more common than you think.

Stingrays also gather information from the phones of innocent bystanders who are not being investigated in connection with any crime. It is unclear what is done with data once a surveillance operation is complete, or what protocols govern how police handle it when it is in their possession.

“One of the really tricky things about Stingray secrecy in the United States is that it has prevented us from acquiring detailed information about what the devices are actually capable of doing,” Kade Crockford, director of technology for the Liberty Project at the ACLU of Massachusetts, told AlterNet. “Even though we’ve learned about some of their functions through documents acquired through lawsuits in some places, the FBI has been very good at keeping an extremely tight lid on the capabilities of the specific devices that law enforcement is using across the country. That matters because some of these devices are capable of wiretapping, which is obviously a different kind of privacy invasion than the collection of huge quantities of location and call records.”

There are no federal guidelines or laws regulating Stingray activity, so local cops are given free rein to use them however they wish. The FBI claims it doesn’t have authority to regulate how local police use the devices. Nationally, we have no idea how many convictions come as a result of this program because we don’t know how many police departments are participating in it.

In a rare but limited inside look, we do have an idea of how the Baltimore Police Department uses the devices. A Baltimore police detective testified in April that his department has used Stingrays at least 4,300 times since 2007. Though the cops did not list the crimes for which the devices were used, USA Today identified 837 cases in which a Stingray was likely used by matching court records and a surveillance log from the department’s Advanced Technical Team. Most of the arrests were connected to robberies in which phones were often stolen. But sometimes the cops used Stingrays to find witnesses. Less than half of the cases ended in a conviction and prosecutors tossed a third of the arrests.

Civil liberties groups and news agencies have tried to obtain information from other law enforcement agencies that use Stingrays, but were met with fierce opposition or legal denials similar to those made by federal national security agencies. When NBC 7 San Diego submitted an open records request asking about a $33,000 purchase of tools suspected of being Stingrays, the station got this statement: “The information you seek would reveal security or intelligence information, and is exempt from disclosure.”

Eric Sanders, a former NYPD cop and criminal defense attorney, says it’s ridiculous that cops are using Stingrays to catch common robbers. He added that the proliferation of local police departments using cell site simulators is another sign that cops are being given far too much latitude in carrying out their duties.

“If the government is surveilling you, you have a right to know about it and you have a Fourth Amendment right to have your conversations and everything protected,” Sanders told AlterNet.

The ACLU has been successful suing local law enforcement agencies for records of Stingray use, but it ran into a roadblock of its own in June 2014. After making an appointment to review records at the Sarasota Police Department connected to Stingray use, U.S. Marshals swooped in and seized them before ACLU lawyers could get there.

If you think it’s hard for the ACLU or a major news organization to get their hands on Stingray information, think about the suspect who has no idea the device was used in his arrest. Susannah Karlsson, special litigation counsel at Brooklyn Defenders Services, says not knowing that a client was surveilled puts her defense at a major disadvantage.

“It’s huge. Every criminal case is binded by constitutional restrictions,” she told AlterNet. “Those restrictions have to do with what sorts of evidence can come in and be seen by the jury and whether the case proceeds at all. Whether there is a criminal case at all depends on whether law enforcement activity was in fact legal. If law enforcement targeting is illegal in the first instance, it’s not a valid prosecution because it wasn’t a valid arrest. ”

Warrantless surveillance also robs a defendant of due process. Usually a cop needs a warrant to conduct surveillance on a citizen because a judge can prevent cops from going on a fishing expedition and narrow what they can look for. The warrant also gives defendants a chance to challenge the constitutionality of the officer’s surveillance. No such legal protections exist under the current use of Stingrays in most states.

But there are times when a sharp attorney can protect a client from this overreaching policing practice. During a November hearing, a lawyer for a robbery suspect challenged a Baltimore police detective on how they found a phone and gun prosecutors wanted to use as evidence against his client. When the detective cited a non-disclosure agreement, the sitting judge said that the agreement wasn’t legally binding with the court. Rather than let the questioning go on, prosecutors decided to forgo the evidence.

Another problem is that privacy laws have yet to catch up with technology. It was only in 2014 that the U.S. Supreme Court ruled that cops can’t search a person’s cellphone without a warrant. But there are no federal laws restricting how law enforcement can use Stingrays, leaving that work for state legislatures to figure out. A dozen states have laws on the books that regulate how law enforcement agencies use cell site simulators. Washington has the strictest rules, requiring cops to show probable cause and obtain a warrant before using a Stingray.

Most states, however, have no real Stingray regulation. So for now, your local police department may well be functioning as a mini NSA satellite, collecting your cellphone data at will. The good news is that there are people in Washington who want to rein in the program.

Rep. Darrell Issa, R-Calif., calls Stingrays an “abusive spy program” and wants to end their use altogether. In January, Sen. Ron Wyden, D-Ore., and Rep. Jason Chaffetz, R-Utah, reintroduced the GPS Act that would bring Stingrays out of secrecy and under close court supervision.

“I don’t see how you can use a Stingray without it raising very substantial privacy issues,” Wyden told USA TODAY. “I want police to be able to track dangerous individuals and their locations, but it ought to be done with court oversight under the Fourth Amendment.”

Until the feds get the program under control, the ACLU’s Crockford says there are ways the public can protect their phones against government spying. She encourages people to download encryption services that protect calls, emails and texts. Some companies offer advanced services for a monthly fee, while some apps can be downloaded for free.

Will these services guarantee your privacy? No one knows for sure, but at least there are tools to empower us to be more vigilant against an increasingly intrusive police state that doesn’t want us to know it is collecting our cell phone information.

“What we need is for people to adapt to the new reality, which is the police are capable of spying so invasively and secretly into so many people’s private lives,” Crockford said. “We should all adopt encryption tools, and in addition to that, fight for a change in the law.”