How Trade Deals Boost the Top 1% and Bust the Rest 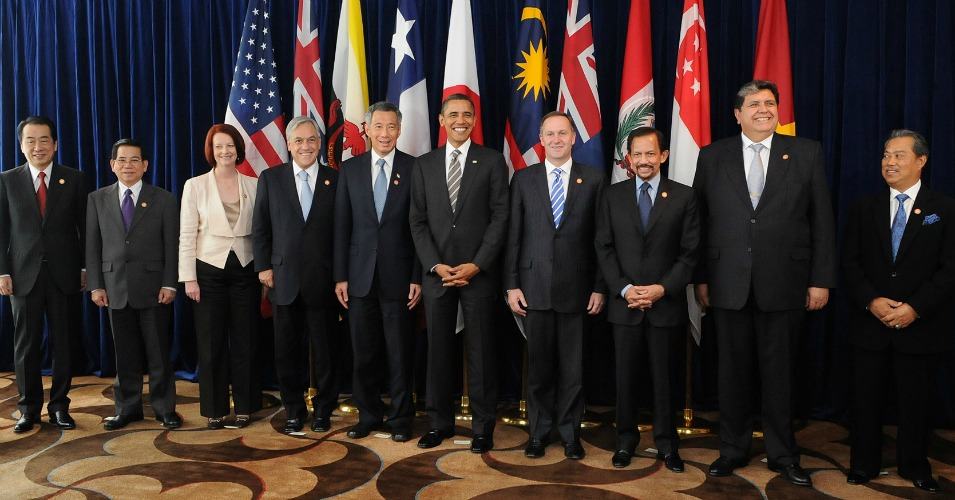 Suppose that by enacting a particular law we’d increase the U.S.Gross Domestic Product. But almost all that growth would go to the richest 1 percent.

The rest of us could buy some products cheaper than before. But those gains would be offset by losses of jobs and wages.

This is pretty much what “free trade” has brought us over the last two decades.

I used to believe in trade agreements. That was before the wages of most Americans stagnated and a relative few at the top captured just about all the economic gains.

Recent trade agreements have been wins for big corporations and Wall Street, along with their executives and major shareholders. They get better access to foreign markets and billions of consumers.

They also get better protection for their intellectual property – patents, trademarks, and copyrights. And for their overseas factories, equipment, and financial assets.

But those deals haven’t been wins for most Americans.

The fact is, trade agreements are no longer really about trade. Worldwide tariffs are already low. Big American corporations no longer make many products in the United States for export abroad.

Google, Apple, Uber, Facebook, Walmart, McDonalds, Microsoft, and Pfizer, for example, are making huge profits all over the world.

But those profits don’t depend on American labor — apart from a tiny group of managers, designers, and researchers in the U.S.

To the extent big American-based corporations any longer make stuff for export, they make most of it abroad and then export it from there, for sale all over the world — including for sale back here in the United States.

The Apple iPhone is assembled in China from components made in Japan, Singapore, and a half-dozen other locales. The only things coming from the U.S. are designs and instructions from a handful of engineers and managers in California.

Apple even stows most of its profits outside the U.S. so it doesn’t have to pay American taxes on them.

This is why big American companies are less interested than they once were in opening other countries to goods exported from the United States and made by American workers.

They’re more interested in making sure other countries don’t run off with their patented designs and trademarks. Or restrict where they can put and shift their profits.

In fact, today’s “trade agreements” should really be called “global corporate agreements” because they’re mostly about protecting the assets and profits of these global corporations rather than increasing American jobs and wages. The deals don’t even guard against currency manipulation by other nations.

Since the passage of the Korea–U.S. Free Trade Agreement, America’s trade deficit with Korea has grown more than 80 percent, equivalent to a loss of more than 70,000 additional U.S. jobs.

The U.S. goods trade deficit with China increased $23.9 billion last year, to $342.6 billion. Again, the ultimate result has been to keep U.S. wages down.

The old-style trade agreements of the 1960s and 1970s increased worldwide demand for products made by American workers, and thereby helped push up American wages.

That’s why big corporations and Wall Street are so enthusiastic about the upcoming Trans Pacific Partnership – the giant deal among countries responsible for 40 percent of the global economy.

That deal would give giant corporations even more patent protection overseas. It would also guard their overseas profits.

And it would allow them to challenge any nation’s health, safety, and environmental laws that stand in the way of their profits – including our own.

The Administration calls the Trans Pacific Partnership a key part of its “strategy to make U.S. engagement in the Asia-Pacific region a top priority.”

Translated: The White House thinks it will help the U.S. contain China’s power and influence.

But it will make giant U.S. global corporations even more powerful and influential.

White House strategists seem to think such corporations are accountable to the U.S. government. Wrong. At most, they’re answerable to their shareholders, who demand high share prices whatever that requires.

I’ve seen first-hand how effective Wall Street and big corporations are at wielding influence — using lobbyists, campaign donations, and subtle promises of future jobs to get the global deals they want.

Global deals like the Trans Pacific Partnership will boost the profits of Wall Street and big corporations, and make the richest 1 percent even richer.

But they’ll bust the rest of America.

Robert Reich, one of the nation’s leading experts on work and the economy, is Chancellor’s Professor of Public Policy at the Goldman School of Public Policy at the University of California at Berkeley. He has served in three national administrations, most recently as secretary of labor under President Bill Clinton. Time Magazine has named him one of the ten most effective cabinet secretaries of the last century. He has written thirteen books, including his latest best-seller, Aftershock: The Next Economy and America’s Future; The Work of Nations; Locked in the Cabinet; Supercapitalism; and his newest, Beyond Outrage. His syndicated columns, television appearances, and public radio commentaries reach millions of people each week. He is also a founding editor of the American Prospect magazine, and Chairman of the citizen’s group Common Cause. His widely-read blog can be found atwww.robertreich.org.