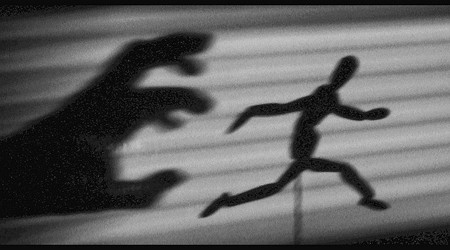 By Margaret Talbot
The New Yorker

When does Ebola look like a gift? Apparently, when you are a Republican candidate for the Senate who sees it as a handy pretext for bringing up immigration politics while scaring people into voting for you. Thom Tillis, in a campaign debate in North Carolina with Senator Kay Hagan, put it this way: “Ladies and gentlemen, we’ve got an Ebola outbreak. We have bad actors that can come across the border. We need to seal the border.” In New Hampshire, Scott Brown started off by conjuring up ISIS fighters slipping through spongy borders, then casually switched to Ebola-sickened hordes. “One of the reasons why I have been so adamant about closing our border,” he said, “is because if people are coming through normal channels—can you imagine what they can do through a porous border?” Both ISIS and Ebola provoke enough anxiety for most people to contemplate them without being goaded. There are, however, no reported instances of Ebola-infected immigrants crossing illegally from Mexico, and, with ISIS fighters busy in Iraq and Syria, it’s possible but not likely that they’re hanging out in Ciudad Juárez, planning a raid on Arizona, as Representative Trent Franks maintains. But, as Franks and his fellow-Republicans demonstrated, you don’t need to construct a plausible or even a coherent scenario to deploy such threats for political ends.

The Democrats were not entirely immune from such temptation. Campaign ads and a few candidates—including Senator Mark Udall, of Colorado—implied that Ebola surveillance would have been better coördinated if the Republicans hadn’t managed to cut the budgets of the National Institutes of Health and the Centers for Disease Control and Prevention. That apportionment of blame wasn’t strictly accurate. Funding for the N.I.H. and the C.D.C. hasn’t always kept pace with inflation in recent years, but, in some budgets, Congress allocated them more money than the Obama Administration had requested. Still, at least such tactics centered on the agencies responsible, and didn’t engage in the old practice of conflating disease and foreignness.

The medical historian Howard Markel notes that “Chinese immigrants were once linked to bubonic plague and hookworm, Mexicans were thought to be infested with lice, and Russian Jews were seen as somehow especially vulnerable to tuberculosis and—a favorite wastebasket diagnosis of nativists in the early 1900s—‘poor physique.’ ” Taking advantage of such associations, which were almost never based on legitimate science, nativists helped pass the Immigration Act of 1924, the racist law that imposed quotas on the basis of national origin—Asians were completely excluded—and governed U.S. immigration until 1965. Senator Patrick McCarran, of Nevada, a co-sponsor of the McCarran-Walter Act of 1952, which, among other provisions, made it easier to bar immigrants who had chronic diseases, offered a metaphor that made explicit immigration law’s preoccupation with purity. Immigration was a stream, he said, adding that if it “is healthy, the impact on our society is salutary; but if that stream is polluted our institutions and our way of life become infected.”

Politicians now know better than to talk openly about immigration in terms of purity and contagion, but they still make the connection. This summer, as unaccompanied minors from Central America began arriving in large numbers at the border, Representative Phil Gingrey, of Georgia—a doctor, as it happens—wrote a letter to the C.D.C. in which he said that the influx “poses many risks, including grave public health threats,” and claimed that many of the children lacked basic vaccinations such as those for measles. In fact, the vaccination rates for measles in Honduras, Guatemala, and Mexico are around ninety per cent, which means that children from those countries are about as likely to be vaccinated as children in the United States are. Undoubtedly, some of the kids were sick, or suffering from malnutrition and other ailments associated with poverty, but they were not an invading army of germ warriors.

President Obama tried to keep immigration politics out of the midterm elections; in September, the Washington Post reported that he had decided not to take the executive action on immigration reform which he had promised—protecting millions of undocumented immigrants from deportation—until after the midterms, “acquiescing to Democrats’ fears that such a move would damage their prospects for maintaining control of the U.S. Senate.” Meanwhile, the Administration announced plans to build an enormous detention camp for women and children who enter the country from Mexico without documentation. It will be situated in South Texas and operated by the Corrections Corporation of America, a private prison company with a controversial record. In 2009, the Administration stopped housing families in a similar facility that the company ran in Texas, the T. Don Hutto Residential Center, following widespread criticism and a lawsuit filed by the A.C.L.U. which asserted that harsh, prisonlike conditions were harming the mental health of the children held there. Federal immigration officials found many “deficiencies,” including inadequate sanitation and an over-all attitude of “disinterest and complacency.” But somehow we’re back in a political moment when the privately contracted detention of children seems like good immigration policy.

While fears of Ebola—a disease from which one person in the United States has died—clouded the campaign like one of those imaginary miasmas to which doctors once attributed illness, real dangers seemed to slip from view. The latest school shooting, on October 24th, in Washington State, generated almost no discussion on the campaign trail, especially not of gun control. Just a week earlier, researchers affiliated with the Harvard School of Public Health had published findings showing that mass shootings in the United States—those in which the shooter did not generally know the victims, and in which at least four people were killed—have tripled since 2011. Over the past three years, a mass shooting has occurred, on average, every sixty-four days; over the previous twenty-nine years, one occurred every two hundred days. Gabrielle Giffords, the former Arizona congresswoman, who became a gun-control advocate after she was wounded in a shooting in which six people died, toured the country in the run-up to the elections, calling for tighter legislation in order to help save lives. Not a single candidate joined her.
Fear, Politics, Scare Tactics
0 Events loaded
Look for more