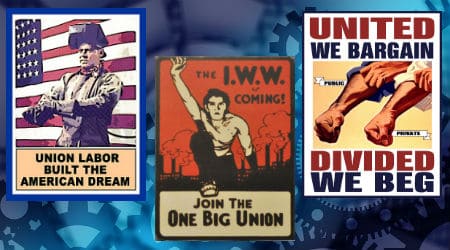 The decline of unions has probably cost you, or someone close to you, thousands of dollars since last Labor Day.

A new study by the Economic Policy Institute (EPI) found that income for nonunion workers fell substantially as union membership declined. And it hasn’t fallen because of some immutable economic law. It’s a casualty of war – cultural and political war.

If union enrollment had remained as high as it was in 1979, nonunion working men in the private sector would have earned an average of $2,704 more per year in 2013. The average non-unionized male worker without a college degree would have earned an additional $3,016, and those with only a high school diploma or less would have earned $3,172 more. (The differences were less striking for women because of workforce changes since the 1970s.)

The decline in union membership is costing nonunion workers a total of $133 billion per year, according to EPI.

Canada resembles the U.S. in many ways, but union membership there hasn’t fallen like it has here. Why not? In a word, union-friendlier policies – the kind our country should be embracing, but isn’t.

We need unions. EPI’s study confirms that they play a key role in reducing economic inequality, which is a growing crisis. The pay gap between CEOs and average workers has skyrocketed in recent decades – from about 20:1 in 1965 to somewhere between 204:1 and331:1 today.

Unionization also narrows the racial wage gap, according to a new study from the Center for Economic and Policy Research.

It’s easy to understand how unions benefit their own members. How do they help nonunion workers? EPI explains that nonunion employers “may raise pay for some workers to forestall an organizing drive.” They also respond to “the standards that unions help establish through politicking for labor-friendly policies,” and from the fact that unions are “a cultural force arguing for a ‘fairer share’ for working men and women.”

That “cultural force” is important. In the mid-20th century, people believed in “a fair deal for working people.” Labor Day was created to honor workers.

Then something changed. Popular culture in the 1980s glamorized greedy Wall Streeters and celebrated the Gilded Age excesses of a tiny but highly visible ultrawealthy class. (Remember Gordon Gekko, and “Lifestyles of the Rich and Famous”?) Then tech entrepreneurs hijacked our national mythos with an internet-fueled ideological fantasy: that anybody with a great idea could become a billionaire on the Web.

Never mind that most startups failed, or that internet wealth accelerated growing inequality, or that digital success increasingly depends on a web of incestuous relationships among Silicon Valley executives and investors.

Apple’s exploitation of Chinese workers didn’t dent the myth. Neither did the illegal labor practices among some big-name tech companies, including Apple, Pixar, Adobe and Google, that led to a 2011 class-action lawsuit and a $415 million settlement in 2014.

But by then, working people had lost their place in the national pantheon. How could the rights of “ordinary” men and women compete with the jet-piloting or turtleneck-wearing star power of billionaire CEOs, those temperamental tyrants whose collective passage from nerdy losers to corporate predators had forged a new Hero’s Journey for our soul-sick age?

As for the political war: Republican Dwight D. Eisenhower bragged about union growth during his first term as president, but Republicans have been solidly anti-union ever since. Democratic Party leaders shifted their affections toward Wall Street in the 1990s. “New Democrats” were also quick to embrace the boyish billionaires of the tech boom. Soon these fickle Dems were treating labor like a loyal but unsophisticated uncle at some chic downtown soirée.

Today there’s a new myth: the “sharing economy.” Nearly half of New York City’s residents live below or near the poverty line. They won’t change their fate by becoming Uber drivers, any more than the residents of our blighted postindustrial wastelands will achieve middle-class prosperity by renting out their bedrooms on Airbnb.

The idea that anyone can succeed on the internet is a warmed-over Horatio Alger story for the digital era. Underlying it is that age-old cynical con: If you’re poor, blame your own moral failure.

Forget the “sharing economy”; get a union instead.

How much has the war on unions cost your family since last Labor Day: $2,000? $3,000? More? And what price has our society paid in division, despair and hate? Racism is the oldest act of cultural and political warfare in the book.

We can’t change the past, but we can change the future. Unions are exploring new ways to reach nonunion workers. The Fight for $15 is gaining momentum. Progressive populism is on the rise. Working people can hope for a better life in Labor Days yet to come.

Better yet, they can fight for it.