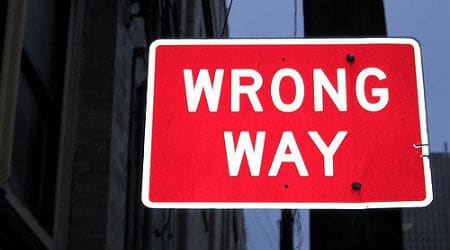 By Ken Gude
The Guardian

The tragic attacks Tuesday morning in Brussels once again highlight the barbarism at the core of the Islamic State (Isis). It uses horrific violence to achieve specific goals: to spread fear in affected populations, galvanize and motivate its supporters, and polarize western societies by provoking an anti-Muslim backlash.

In the wake of these attacks, the United States and its allies should take appropriate defensive measures and ensure that our intelligence and law enforcement agencies are working effectively with partners in allied countries.

But we must also recognize that we cannot eliminate the risk of terrorist attacks in a free and open society. The attacks in Brussels occurred despite Belgian and French authorities being on high alert in the wake of the arrest of the last suspect in the Paris attacks.

However, what we can control is how we respond to such barbaric acts. Anxiety is understandable, but we must not play into Isis’ hands, give into our fears, and adopt policies and rhetoric that divide our societies and countries.

Many American leaders from across the political spectrum – including President Barack Obama, Hillary Clinton, Mitch McConnell, and John Kasich – called for solidarity with our Belgian and European allies and a coordinated effort to defeat terrorism.

Unfortunately, others were less responsible.

Donald Trump was a ubiquitous presence on American news shows and said, “we’re having problems with the Muslims”. He called for a return to waterboarding and even more expanded torture techniques. Ted Cruz demanded a halt in accepting refugees fleeing Isis attacks in their own countries and recommended singling out Muslims for heavy-handed police tactics.

Recommending that the United States resume waterboarding and other torture techniques is not a sign of strength, it’s a sign a foolishness. We tried that already, and it was a disaster. The CIA torture and detention program did not produce information that disrupted a single terrorist attack. It did, however, result in horrible abuses of detainees at the hands of Americans. This undermined our moral authority and global leadership and provided endless fodder for our terrorist enemies to use in their propaganda and recruiting campaigns.

Ending the already meager American effort to resettle refugees fleeing Isis violence in Syria and Iraq would have no positive impact on our security and would only make the challenges facing our European allies worse.

The refugee admittance process is the most difficult way to gain entry into the United States, requiring 21 separate steps and taking more than a year. Since the 9/11 attacks, the US has resettled nearly 800,000 refugees and not a single one has been arrested or implicated in a plot against us.

The United States should be doing more to resettle refugees, not less, taking on more of the burden that has almost exclusively fallen on our European allies and overwhelmed their capacity.

What these proposals and rhetoric do is alienate Muslims in the United States and feed into Isis’s objective to polarize western societies. It is in communities that have been walled off from the rest of society that Isis’s sophisticated recruiting and propaganda has the most impact. To be clear, there is no amount of alienation that justifies joining Isis and killing innocent civilians. But we would be foolish to ignore the role that divisive policies and words have on creating a larger pool of potential recruits.

Fear of terrorism is an understandable and completely normal response. What is unacceptable is the kind of speech that pushes a jittery population towards increased hatred and prejudice. Should the United States succumb to the same spasm of anti-Muslim sentiment that has followed Paris after Brussels, then we could provide Isis with the ability to prolong this war and increase the loss of innocent lives.

If, however, the United States and other western societies view our fellow citizens who happen to be Muslim as our strongest asset and partners in defeating the objectives of Isis, then this will be a shorter conflict with far fewer lives lost. The choice is ours.