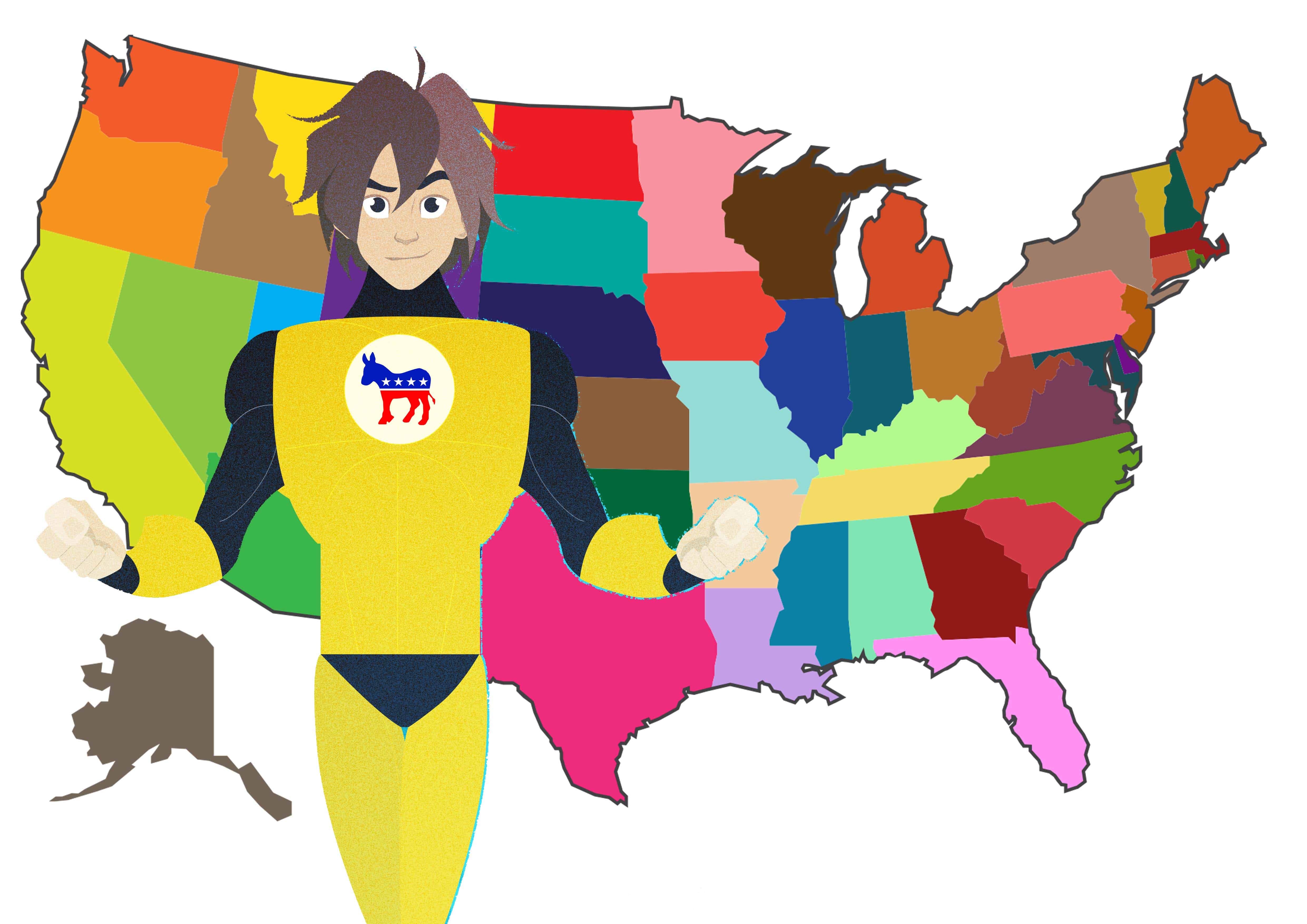 Bernie Sanders had a record number of supporters turn out to give him a 22 percent win over Hillary Clinton in the New Hampshire primaries.

Despite the fact that Hillary suffered the second biggest defeat in New Hampshire’s history, both candidates walked away from New Hampshire with 15 delegates.

Because in the Democratic Party, unpledged delegates, also known as “superdelegates”, don’t have to support the same candidate as the majority of voters.

In fact, the whole point of superdelegates is to give the party elite more control over the primary process.

That’s not a conspiracy theory, that’s what the chair of the Democratic National Committee recently told Jake Tapper.

That’s right, the chair of the DNC said that unpledged “superdelegates” are meant to be a bulwark against grassroots movements in the Democratic Party.

Unpledged super delegates have been a part of the Democratic Primary process ever since Ted Kennedy supporters challenged sitting President Jimmy Carter for the democratic nomination in 1980.

Democrats had started to feel like their primary process had become too chaotic, and that it was resulting in nominees that ended up losing in the general election.

So the Party decided to make their primary process just a little less Democratic by cordoning off a percentage of the total available delegates as “unpledged delegates” who don’t have to support the candidate that the majority of primary voters and caucus-goers choose.

It was a move in the wrong direction – it wrested control away from voters and made the Democratic primaries fundamentally less democratic.

And the Democratic Party has only accelerated the process of handing the party over to the economic elites in our country ever since then.

Back in 1992, Al From and the DLC fundamentally changed the Democratic party with a “bloodless coup” that put Bill Clinton in the White House and replaced the Democratic agenda of FDR, JFK and LBJ with the agendas of Wall Street and global corporations.

Since then, the party ranks have been filled with third-way corporate Democrats and lobbyists.

And many of them, particularly the lobbyists, have become unelected superdelegates, despite their blatant ties to corporate America.

Lee Fang over at The Intercept recently published a list of 15 unelected pro-Hillary superdelegates who are working as lobbyists at the same.

Jeff Berman is a “top lobbyist” at Bryan Cave LLP, he also formerly worked as a lobbyist for the private prison company Geo Group, and he worked with TransCanada to build support for the Keystone XL pipeline.

Jill Alper, Minyon Moore and Maria Cardona are all officials at Dewey Square Group, which is a lobbying group that worked to undermine health reform efforts back in 2009.

And then there’s Jennifer Cunningham.

She’s the managing director of SKDKnickerbocker, a political consulting firm that has worked to get tax cuts for overseas earnings, to weaken rules for for-profit colleges, and to undermine Michelle Obama’s nutrition guidelines for children’s food products.

These aren’t just lobbyists, these are Democratic superdelegates who have all lobbied for causes and issues that are antithetical to the progressive principles of the Democratic Party.

After the article was published, Lee Fang added a few more familiar names to the list: Dick Gephardt, Tom Daschle, Chris Dodd, and even Howard Dean are all pro-Hillary superdelegates who are doubling as corporate shills.

To be clear, the problem isn’t that these superdelegates support Hillary Clinton.

The problem is that the Democrats have allowed their nomination process to be blatantly compromised by moneyed interests in America.

To make matters worse, last week the DNC flung the flood gates open for special interests to shape the Democratic primary process by doing away with the rules that Barack Obama put in place to prevent lobbyists from donating to the party.

The Democratic party has been moving in the wrong direction since it decided to create superdelegates to reign in grassroots candidates back in 1980.

And in both parties, 2016 is shaping up to be a populist push-back against the party elite.

If Americans suspect that the Democratic elite have been rigging the nomination process, then Democrats are going to have a hard time harnessing the grassroots energy that they’ll need to propel their candidate to the White House.

If they want to win in November, it’s time that the Democrats make their primaries truly Democratic again.

Beyond that, it’s time to fundamentally overhaul the delegate system to make it clear that it’s not the role of superdelegates to override the Will of the People.