Posted on May 27, 2014 Posted By: PPJC Admin2 Categories: Uncategorized

GUNS: If Congress Won’t Act,
The People Will 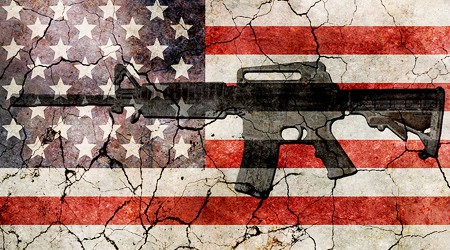 But we don’t have to wait on Congress to enact legislation. Individual states, counties and even local towns can pass their own measures. California actually has some decent gun legislation. It could always be made better.

Locally, voters in Sunnyvale passed Measure C just last year with 60% support. That measure requires common sense ordinances to help prevent gun violence. It requires owners to lock up their guns when not in use and to immediately report any thefts. Measure C also limits the number of rounds in an ammunition magazine and, perhaps most importantly, requires gun dealers to log and report sales of ammunition.

The successful Measure C campaign was true grassroots activism. And it can be repeated in other towns locally. At this month’s forum, you’ll learn what kinds of gun laws can be passed at the local level and what it takes to get local measures enacted.

Sally Lieber served in the California State Assembly from 2002 until 2008, representing California’s 22nd Assembly District and as the Assembly’s Speaker pro Tempore, only the third woman to hold this leadership position since 1849. Before her election to the State Assembly, Sally served as a Councilwoman and Mayor of the City of Mountain View. She played a central role in Sunnyvale’s Measure C campaign.

Ian Johnstone has been involved in the issue of gun violence prevention since the age of 10, when his father was shot and killed in an attempted robbery in San Francisco. He is a social entrepreneur and the founder of blissmo, a mission-driven e-commerce platform aimed at promoting organic & sustainable CPG products, where he previously served as COO.