Grinding Down the Working Class 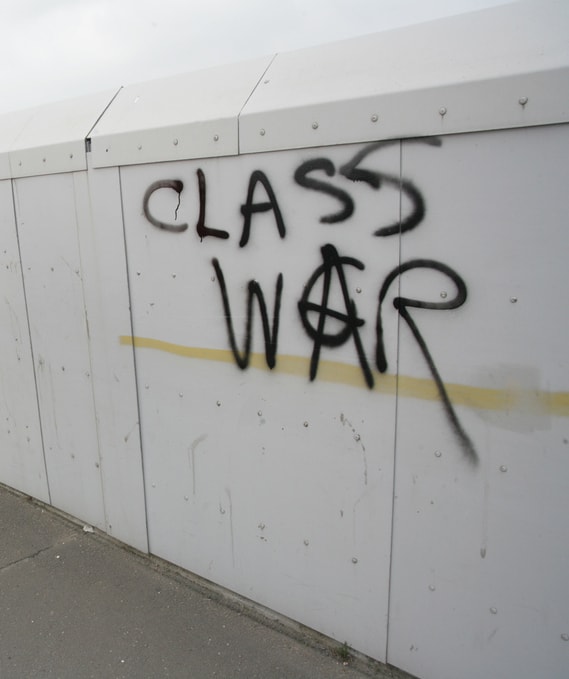 The gratuitous gunning down by a white police officer of a fleeing black man, captured on a phone camera by a passerby, has reignited the urgently needed debate about police arrogance and racism. So despite the horror of it all, I suppose we should be grateful for this moment of incontrovertible truth brought to us in living color.

But the killing of Walter Scott last week in South Carolina is not just about race. It’s also symptomatic of something equally awful that almost never gets talked about candidly: the prolonged and accelerating war against the American working class by political elites and the money interests that finance them.

We know that Scott was not a rich man. According to newspaper accounts, he was a forklift operator who wasn’t making his child-support payments — a person in typically difficult straits in today’s class-ridden United States. Stopped for having a broken taillight in a used Mercedes-Benz, and probably fearing arrest for his non-appearances in court, he did what desperate people without much money tend to do when the cops show up. He ran. And then he wound up dead.

It’s safe to say that if Scott had been a black millionaire investment banker wearing a suit, a wealthy black recording artist sporting expensive jewelry, or a black television talk-show host with a recognizable face, he would be alive today. But he was a deadbeat dad and warehouse worker. Henry Lewis Gates, the black Harvard professor, was busted trying to get into his own house, but he wasn’t shot. Oprah Winfrey was disrespected, it seems, in a fancy Zurich boutique, but nobody pulled a Taser on her.

Attributing white-on-black violence entirely to racism misses the larger point that poorer people — let’s call them lower-class people — are up against it in this country. They suffer a thousand cuts that never get talked about, except when the victims bleed to death. Even then, the media tend to perpetuate a fantasy world that assumes a certain amount of fairness and goodwill from the authorities — racism notwithstanding — who do their best to overlook class differences and poverty.

Had Eric Garner been a svelte, more articulate West African on New York’s Fifth Avenue selling higher-end contraband — say, knocked-off Rolexes — rather than loose cigarettes on a Staten Island corner, would the police have been as rough on him? Had Michael Brown been wearing a letter jacket in a nicer part of Ferguson, Mo., than West Florissant Avenue, would Officer Darren Wilson have been so quick on the trigger?

Obviously, it’s not just black people who are suffering from America’s bias against the economically less favored. The white and Latino working class has been wounded by Democratic and Republican politicians alike, who never cease to praise the virtues of hard work.

Meanwhile, starting with George H.W. Bush and Bill Clinton, the politicians promote “free trade” agreements like the North American Free Trade Agreement that deliberately send decent-paying jobs to countries with much lower wages. They deregulate banks to make it easier for loan-sharking operations like CitiFinancial — a “consumer finance” firm that charges poor borrowers predatory interest rates — to thrive under the umbrella of reckless, too-big-to-fail megaliths. They allow credit-card companies to charge usurious rates in exchange for big campaign contributions.

They reward nickel-and-diming health insurance companies by obliging the working poor to buy their lousy policies under Obamacare and Romneycare. They close or merge schools in the poorest neighborhoods (as in Rahm Emanuel’s Chicago) for which they substitute charter schools and for-profit Kaplan testing programs. And they start wars that are fought by working-class volunteers — mainly people of modest means who enlist just to get a paycheck and money for college — and who too often die or come home with their bodies and their spirits broken.

Within all these rackets masquerading as policies to benefit people — free trade, high-interest mortgages and personal loans, health care, privatized public education, and wartime military service — it is the poor and the working class that suffer disproportionately. To politicians and their friends in the 1 percent, such people are marginal. It doesn’t matter much if they’re black, white, brown, or yellow.

Is it any surprise that the police see them the same way? The black face just makes it easier not to care about the person you’re shooting.

John R. MacArthur is the president and publisher of Harper’s Magazine. An award-winning journalist, he has previously written for the New York Times, United Press International, the Chicago Sun-Times, and the Wall Street Journal. Under his stewardship Harper’s has received eighteen National Magazine Awards, the industry’s highest recognition. He is also the author of the acclaimed books The Outrageous Barriers to Democracy in America: Or, Why a Progressive Presidency Is Impossible, The Selling of Free Trade: NAFTA, Washington, and the Subversion of American Democracy, and Second Front: Censorship and Propaganda in the Gulf War. He lives in New York City.