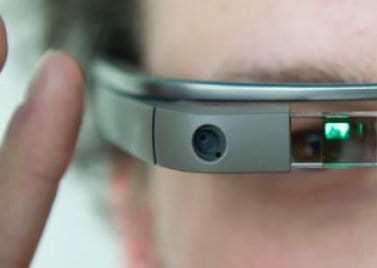 No longer content to vacuum up, scan, index and sell analytics based on the content of our texts, emails, searches, locations and more, Google now has a new target: tapping, mapping and colonizing the networks wiring our lives.

“Google argues that it has the right to collect your most sensitive data, as long as it flows across an open WiFi network,” PrivacySOS.org said last month after Google announced a $3.2 billion acquisition of Nest, which sells WiFi-controlled home heating appliances. “Now do you want to let this company inside your home?”

“Uhm… I hate to break this to the ACLU—given they’re supposed to be on the cutting edge of the privacy debate—but the thing is, Google’s already in our homes,” commented PandoDaily’s Yasha Levine. “It has been in our homes for a long, long time. And not just in our homes, but at work, in our cars and even when we’re walking down the street.”

“As many have pointed out the privacy concerns of this development are huge,” wrote two other PandoDaily writers, Carmel Deamicus and Michael Carney. “Nest products track detailed information about their users’ movements, in addition to things like a user’s WiFi IP address, and whether the specific address is a home or a business.”

“The acquisition will help Google close the circle of search, people and goods in a broad Internet of Everything,” wrote Wall Street Journal editor Michael Hickins. “As Aaron Levie, CEO of Box Inc. tweeted, ‘With home automation, self-driving cars, robots, mobile, and life sciences, Google is setting itself up to own the 21st century.’”

Anyone who cares about maintaining some degree of privacy should pay attention. Google has been doing a lot more than its lobbyists and executives have disclosed when defending or promoting its initiatives. Here are four examples that undescrore Google’s corporate ethos that any data it can grab is Google’s for the taking.

1. Street View: not just street mapping. After being sued by 38 states, Google admitted last March that its weird-looking cars outfitted with roof cameras facing four directions were not just taking pictures; they were collecting data from computers inside homes and structures, including “passwords, e-mails and other personal information from unsuspecting computer users,” the New York Times reported.

2. Gmail: prying and spying. This October, a federal judge refused to dismiss a potential class-action lawsuit brought by Gmail users who objected to its practice of analyzing the content of all the messages on its network and selling byproducts to advertisers. Those suing Google said it violated federal wiretap laws.

This issue isn’t new to Google. In congressional testimony in 2009, Google’s lawyers said its email technology was used for scanning for spam, computer viruses and serving ads “within the Gmail user’s experience.” But last fall, U.S. District Court Judge Lucy Koh held that Google never told Gmail users that Google would create personal profiles and target users with ads. Nor did people who are not Gmail users, but who were writing to Gmail addresses, agree to let Google collect and parse their messages.

3. Google Safari: not just hunting WiFi. Google’s court record includes more than just grabbing and snatching data. In early 2012, theWall Street Journal broke the story that its software was bypassing security settings for Apple devices using the Safari browser. “Google hated this [Safari’s anti-tracking features] and used a secret code to bypass this security setting,” the blog GoogleExposed wrote. “This exposed millions of Safari users to tracking for months without them even knowing about it.” In August 2012, the Federal Trade Commission fined Google $22.5 million, its largest civil fine, noting that Google also had violated previous privacy agreements.

4. Android: another data gateway. One year after the FTC fine, ComputerWorld.com’s Michael Horowitz, who writes its Defensive Computing feature, noted Google was back to its old tricks. “Google knows nearly every WiFi password in the world,” he declared, explaining that was the result of backdoor access to hundreds of millions of phones and devices using its Android operating system.

“Sounds great. Backing up your data/settings makes moving to a new Android device much easier,” Horowitz wrote, citing how the company sold this feature to consumers. “It lets Google configure your new Android device very much like your old one. What is not said, is that Google can read the WiFi passwords.” The good news, he said, is that this feature can be turned off. “The bad news is that, like any American company, Google can be compelled by agencies of the U.S. government to silently spill the beans.”

ComputerWorld was careful not to pick just on Google for domestic spying. DropBox, Microsoft, Apple, Yahoo, FaceBook, Skype—and others—all do pretty much the same thing: read user data and grant government access to it. But Google’s mission, detailed in its patents, stands apart. Its business is based on analyzing user metrics with ever-growingprecision, and selling those insights to advertisers.

2014 is likely to be a year where the trade-off for more profits and data for Google will be the loss of privacy. It’s not paranoid to say that Google’s acquisition of Nest is at the cutting edge of colonizing the links between our electronic devices and our lives. The trend of aggregating all the data that’s out there is behind many privacy-invading social media products, such as an app launching this week that literally allows a man to walk into a bar, see a woman and know her name “before he even says hello.” Later this summer, Google will start selling its voice- and video-capturing Glass eyewear. Google Glass may be fantastic as a hands-liberating computing platform, but it also enables its users to film, analyze or spy upon others from afar.

It’s up to us to say where the red lines should be drawn.