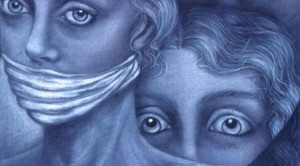 It’s bad enough to imprison sources. It’s worse still to imprison journalists who report the truth. But to start detaining the family members of journalists is simply despotic.

by Glenn Greenwald
The Guardian / UK

At 6:30 am this morning my time – 5:30 am on the East Coast of the US – I received a telephone call from someone who identified himself as a “security official at Heathrow airport.” He told me that my partner, David Miranda, had been “detained” at the London airport “under Schedule 7 of the Terrorism Act of 2000.”

David had spent the last week in Berlin, where he stayed with Laura Poitras, the US filmmaker who has worked with me extensively on theNSA stories. A Brazilian citizen, he was returning to our home in Rio de Janeiro this morning on British Airways, flying first to London and then on to Rio. When he arrived in London this morning, he was detained.

At the time the “security official” called me, David had been detained for 3 hours. The security official told me that they had the right to detain him for up to 9 hours in order to question him, at which point they could either arrest and charge him or ask a court to extend the question time. The official – who refused to give his name but would only identify himself by his number: 203654 – said David was not allowed to have a lawyer present, nor would they allow me to talk to him.

Despite all that, five more hours went by and neither the Guardian’s lawyers nor Brazilian officials, including the Ambassador to the UK in London, were able to obtain any information about David. We spent most of that time contemplating the charges he would likely face once the 9-hour period elapsed.

According to a document published by the UK government about Schedule 7 of the Terrorism Act, “fewer than 3 people in every 10,000 are examined as they pass through UK borders” (David was not entering the UK but only transiting through to Rio). Moreover, “most examinations, over 97%, last under an hour.” An appendix to that document states that only .06% of all people detained are kept for more than 6 hours.

The stated purpose of this law, as the name suggests, is to question people about terrorism. The detention power, claims the UK government, is used “to determine whether that person is or has been involved in the commission, preparation or instigation of acts of terrorism.”

But they obviously had zero suspicion that David was associated with a terrorist organization or involved in any terrorist plot. Instead, they spent their time interrogating him about the NSA reporting which Laura Poitras, the Guardian and I are doing, as well the content of the electronic products he was carrying. They completely abused their own terrorism law for reasons having nothing whatsoever to do with terrorism: a potent reminder of how often governments lie when they claim that they need powers to stop “the terrorists”, and how dangerous it is to vest unchecked power with political officials in its name.

Worse, they kept David detained right up until the last minute: for the full 9 hours, something they very rarely do. Only at the last minute did they finally release him. We spent all day – as every hour passed – worried that he would be arrested and charged under a terrorism statute. This was obviously designed to send a message of intimidation to those of us working journalistically on reporting on the NSA and its British counterpart, the GCHQ.

Before letting him go, they seized numerous possessions of his, including his laptop, his cellphone, various video game consoles, DVDs, USB sticks, and other materials. They did not say when they would return any of it, or if they would.

This is obviously a rather profound escalation of their attacks on the news-gathering process and journalism. It’s bad enough to prosecute and imprison sources. It’s worse still to imprison journalists who report the truth. But to start detaining the family members and loved ones of journalists is simply despotic. Even the Mafia had ethical rules against targeting the family members of people they felt threatened by. But the UK puppets and their owners in the US national security state obviously are unconstrained by even those minimal scruples.

If the UK and US governments believe that tactics like this are going to deter or intimidate us in any way from continuing to report aggressively on what these documents reveal, they are beyond deluded. If anything, it will have only the opposite effect: to embolden us even further. Beyond that, every time the US and UK governments show their true character to the world – when they prevent the Bolivian President’s plane from flying safely home, when they threaten journalists with prosecution, when they engage in behavior like what they did today – all they do is helpfully underscore why it’s so dangerous to allow them to exercise vast, unchecked spying power in the dark.

David was unable to call me because his phone and laptop are now with UK authorities. So I don’t yet know what they told him. But the Guardian’s lawyer was able to speak with him immediately upon his release, and told me that, while a bit distressed from the ordeal, he was in very good spirits and quite defiant, and he asked the lawyer to convey that defiance to me. I already share it, as I’m certain US and UK authorities will soon see.