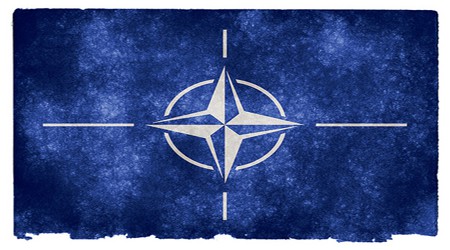 President Obama has decided to get tough with Russia by imposing sanctions and increasing support for Ukraine’s new government. This is a big mistake. This response is based on the same faulty logic that helped precipitate the crisis. Instead of resolving the dispute, it will lead to more trouble.

The White House view, widely shared by Beltway insiders, is that the United States bears no responsibility for causing the current crisis. In their eyes, it’s all President Vladimir V. Putin’s fault — and his motives are illegitimate. This is wrong. Washington played a key role in precipitating this dangerous situation, and Mr. Putin’s behavior is motivated by the same geopolitical considerations that influence all great powers, including the United States.

The taproot of the current crisis is NATO expansion and Washington’s commitment to move Ukraine out of Moscow’s orbit and integrate it into the West. The Russians have intensely disliked but tolerated substantial NATO expansion, including the accession of Poland and the Baltic countries. But when NATO announced in 2008 that Georgia and Ukraine “will become members of NATO,” Russia drew a line in the sand. Georgia and Ukraine are not just states in Russia’s neighborhood; they are on its doorstep. Indeed, Russia’s forceful response in its August 2008 war with Georgia was driven in large part by Moscow’s desire to prevent Georgia from joining NATO and integrating into the West.

Fast forward to last November, when it seemed that President Viktor F. Yanukovych would sign an agreement with the European Union that was designed to deepen Ukraine’s integration with the West and greatly reduce Moscow’s influence there. Mr. Putin offered Ukraine a better deal in response, which Mr. Yanukovych accepted. That decision led to protests in western Ukraine, where there is strong pro-Western sentiment and much hostility to Moscow.

The Obama administration then made a fatal mistake by backing the protesters, which helped escalate the crisis and eventually led to the toppling of Mr. Yanukovych. A pro-Western government then took over in Kiev. The United States ambassador to Ukraine, who had been encouraging the protesters, proclaimed it “a day for the history books.”

Mr. Putin, of course, didn’t see things that way. He viewed these developments as a direct threat to Russia’s core strategic interests.

Who can blame him? After all, the United States, which has been unable to leave the Cold War behind, has treated Russia as a potential threat since the early 1990s and ignored its protests about NATO’s expansion and its objections to America’s plan to build missile defense systems in Eastern Europe.

One might expect American policymakers to understand Russia’s concerns about Ukraine joining a hostile alliance. After all, the United States is deeply committed to the Monroe Doctrine, which warns other great powers to stay out of the Western Hemisphere.

But few American policymakers are capable of putting themselves in Mr. Putin’s shoes. This is why they were so surprised when he moved additional troops into Crimea, threatened to invade eastern Ukraine, and made it clear Moscow would use its considerable economic leverage to undermine any regime in Kiev that was hostile to Russia.

Mr. Putin’s view is understandable. Because there is no world government to protect states from one another, major powers are acutely sensitive to threats — especially near their borders — and they sometimes act ruthlessly to address potential dangers. International law and human rights concerns take a back seat when vital security issues are at stake.

Mr. Obama would be advised to stop talking to lawyers and start thinking like a strategist. If he did, he would realize that punishing the Russians while trying to pull Ukraine into the West’s camp will only make matters worse.

The West has few options for inflicting pain on Russia, while Moscow has many cards to play against Ukraine and the West. It could invade eastern Ukraine or annex Crimea, because Ukraine regrettably relinquished the nuclear arsenal it inherited when the Soviet Union broke up and thus has no counter to Russia’s conventional superiority.

Furthermore, Russia could stop cooperating with America over Iran and Syria; it could badly damage Ukraine’s struggling economy and even cause serious economic problems in the European Union due to its role as a major gas supplier. Not surprisingly, most Europeans aren’t very enthusiastic about employing costly sanctions against Russia.

But even if the West could impose significant costs on Russia, Mr. Putin is unlikely to back down. When vital interests are at stake, countries are invariably willing to suffer great pain to ensure their security. There is no reason to think Russia, given its history, is an exception.

Mr. Obama should adopt a new policy toward Russia and Ukraine — one that seeks to prevent war by recognizing Russia’s security interests and upholding Ukraine’s territorial integrity.

To achieve those goals, the United States should emphasize that Georgia and Ukraine will not become NATO members. It should make clear that America will not interfere in future Ukrainian elections or be sympathetic to a virulently anti-Russian government in Kiev. And it should demand that future Ukrainian governments respect minority rights, especially regarding the status of Russian as an official language. In short, Ukraine should remain neutral between East and West.

Some might say these policy prescriptions amount to a defeat for America. On the contrary, Washington has a deep-seated interest in ending this conflict and maintaining Ukraine as a sovereign buffer state between Russia and NATO. Furthermore, good relations with Russia are essential, because the United States needs Moscow’s help to deal with Iran, Syria, Afghanistan, and eventually to help counter China, the only genuine potential rival to the United States.

John J. Mearsheimer, a professor of political science at the University of Chicago, is the author of “The Tragedy of Great Power Politics.”