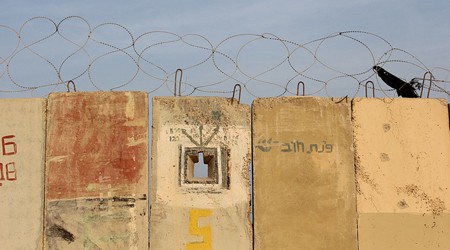 Population of Palestinians of Gaza: 1.7 million

Number of Palestinians in Gaza whose families were expelled as refugees from their homes in what is now southern Israel: 1.2 million

Number of Palestinians in Gaza still living in the 8 recognized refugee camps, “which have one of the highest population densities in the world”: over 500,000

Compensation Palestinians of Gaza have received for the billions of dollars of property taken from them by Israelis in Beersheva, Sderot, etc.: $0

Years since Israel allowed Palestinians of Gaza to export what they produce: 7

Unemployment in Gaza as a result of Israeli blockade on civilians: 38.5%

Estimated unemployment rate in US during the Great Depression: 25%

Percentage of children in Gaza suffering from acute malnutrition: 13.2%

Rate of anemia in Palestinian Children in Gaza: 18.9%

Percentage of water in Gaza that is potable: 10%

Years, according the the UN, before Gaza becomes “uninhabitable”: 6

Number of airports in Gaza rendered inoperable by Israeli airstrikes: 1

Number of airports working in Gaza: 0

Number of ports allowed by Israelis to operate on Gaza’s Mediterranean coast: 0