Remembering and learning from
FREEDOM SUMMER 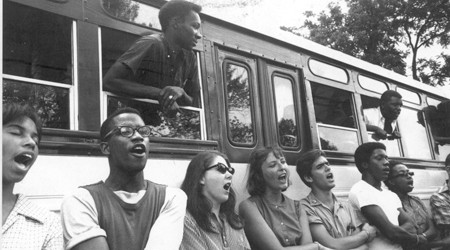 June 1964. Over 1,000 volunteers head to Mississippi to register black voters. By August, 4 people were dead, 80 beaten, 1,000 arrested, 67 churches, homes and businesses burned or bombed. This is the story of that summer… 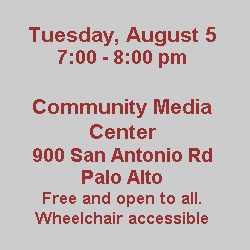 Plus a recorded interview with Len Edwards, a participant in Freedom Summer 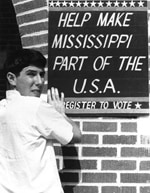 This year marks the 50th anniversary of one of the most consequential moments in the history of the US Civil Rights Movement. In June 1964, more than a thousand college-aged, primarily white, Northerners joined thousands of mostly black civil rights workers in Mississippi and Louisiana in a massive drive to register African-American voters. Over the ten weeks of the project, organized by the Student Non-Violent Coordinating Committee (SNCC) the volunteers were victims of random shootings, more than 1,600 arrests, 80 serious beatings, and four deaths. Thirty-seven churches and thirty homes and businesses were bombed or burned. It is well known that the violence was perpetrated by white racist vigilantes and terror groups, often organized by the Ku Klux Klan in collusion with local law enforcement agencies.

In spite of the violence, Freedom Summer volunteers taught in thirty-eight “Freedom Schools,” and assisted the Mississippi Freedom Democratic Party (MFDP), which challenged the all-white party at the 1964 Democratic Convention. Though Freedom Summer did not succeed in registering many new voters, it brought nationwide attention to the injustices that African Americans had endured, and it profoundly changed the lives of those who participated. (Text from Stanford University forum on Freedom Summer.)

Clayborne Carson, Professor of American History and Director, Martin Luther King Jr. Research and Education Institute – Clay Carson was a civil rights and antiwar activist before becoming a historian. In addition to serving as senior editor of seven volumes of The Papers of Martin Luther King, Jr., he has published three other books based on the Papers. His most recent book is a memoir, Martin’s Dream: My Journey and the Legacy of Martin Luther King, Jr. Carson’s first book, In Struggle: SNCC and the Black Awakening of the 1960s, published in 1981, remains the definitive history of the Student Nonviolent Coordinating Committee, the most dynamic and innovative civil rights organization.

Doug McAdam, Ray Lyman Wilbur Professor of Sociology and Director, Program on Urban Studies, Stanford – Doug McAdam is a leading scholar of American social and political movements, and is the author of a dozen books including the prize-winning Freedom Summer and the forthcoming How Did We Get Into This Mess? Race, Region, and the Role of Social Movements in Today’s Divided America.

Len Edwards is a retired Superior Court Judge. He participated in Freedom Summer while in law school at Stanford University.