Four signs of progress at the UN climate change summit 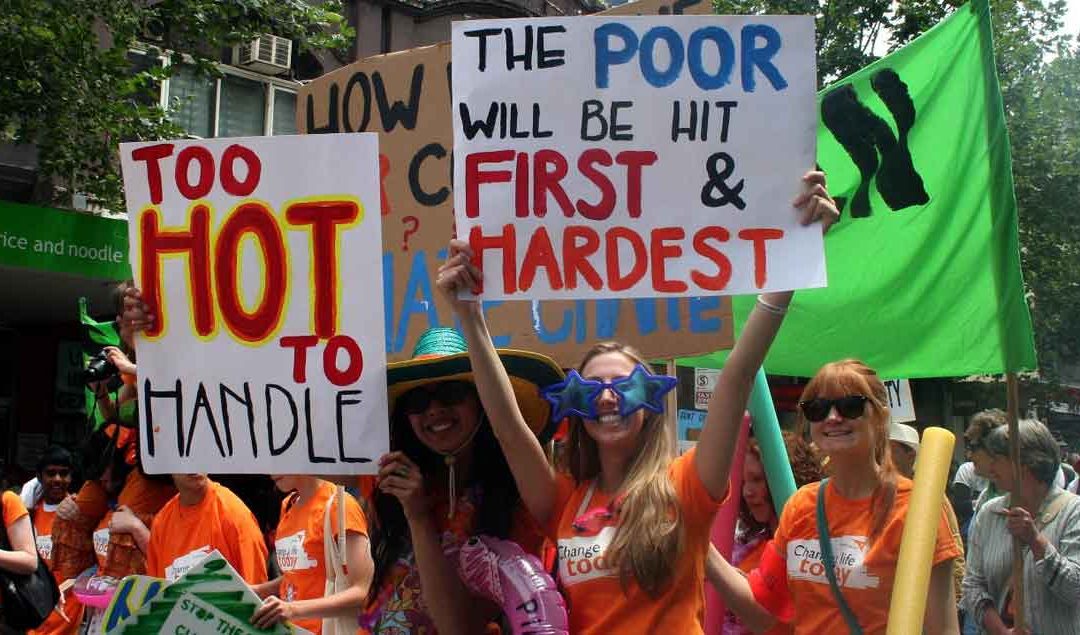 The pathway forward for ramping up climate finance to help low-income countries adapt to climate change and transition to clean energy is becoming clearer.

Something significant is happening in the desert in Egypt as countries meet at COP27, the United Nations summit on climate change.

Despite frustrating sclerosis in the negotiating halls, the pathway forward for ramping up climate finance to help low-income countries adapt to climate change and transition to clean energy is becoming clearer.

I spent a large part of my career working on international finance at the World Bank and the United Nations and now advise public development and private funds and teach climate diplomacy focusing on finance. Climate finance has been one of the thorniest issues in global climate negotiations for decades, but I’m seeing four promising signs of progress at COP27.

Getting to net zero – without greenwashing

First, the goal – getting the world to net zero greenhouse gas emissions by 2050 to stop global warming – is clearer.

The last climate conference, COP26 in Glasgow, Scotland, nearly fell apart over frustration that international finance wasn’t flowing to developing countries and that corporations and financial institutions were greenwashing – making claims they couldn’t back up. One year on, something is stirring.

In 2021, the financial sector arrived at COP26 in full force for the first time. Private banks, insurers and institutional investors representing US$130 trillion said they would align their investments with the goal of keeping global warming to 1.5 degrees Celsius – a pledge to net zero. That would increase funding for green growth and clean energy transitions, and reduce investments in fossil fuels. It was an apparent breakthrough. But many observers cried foul and accused the financial institutions of greenwashing.

In the year since then, a U.N. commission has put a red line around greenwashing, delineating what a company or institution must do to make a credible claim about its net-zero goals. Its checklist isn’t mandatory, but it sets a high bar based on science and will help hold companies and investors to account.

Second, how international financial institutions like the International Monetary Fund and World Bank are working is getting much-needed attention.

Over the past 12 months, frustration has grown with the international financial system, especially with the World Bank Group’s leadership. Low-income countries have long complained about having to borrow to finance resilience to climate impacts they didn’t cause, and they have called for development banks to take more risk and leverage more private investment for much-needed projects, including expanding renewable energy.

That frustration has culminated in pressure for World Bank President David Malpass to step down. Malpass, nominated by the Trump administration in 2019, has clung on for now, but he is under pressure from the U.S., Europe and others to bring forward a new road map for the World Bank’s response to climate change this year.Barbados Prime Minister Mia Mottley, a leading voice for reform, and others have called for $1 trillion already in the international financial system to be redirected to climate resilience projects to help vulnerable countries protect themselves from future climate disasters.

At COP27, French President Emmanuel Macron supported Mottley’s call for a shake-up in how international finance works, and together they have agreed to set up a group to suggest changes at the next meeting of the IMF and World Bank governors in spring 2023.

Third, more public-private partnerships are being developed to speed decarbonization and power the clean energy transition.

The first of these “Just Energy Transition Partnerships,” announced in 2021, was designed to support South Africa’s transition away from coal power. It relies on a mix of grants, loans and investments, as well as risk sharing to help bring in more private sector finance. Indonesia expects to announce a similar partnership when it hosts the G-20 summit in late November. Vietnam is working on another, and Egypt announced a major new partnership at COP27.

However, the public funding has been hard to lock in. Developed countries’ coffers are dwindling, with governments including the U.S. unable or unwilling to maintain commitments. Now, pressure from the war in Ukraine and economic crises is adding to their problems.

The lack of public funds was the impetus behind U.S. Special Climate Envoy John Kerry’s proposal to use a new form of carbon offsets to pay for green energy investments in countries transitioning from coal. The idea, loosely sketched out, is that countries dependent on coal could sell carbon credits to companies, with the revenue going to fund clean energy projects. The country would speed its exit from coal and lower its emissions, and the private company could then claim that reduction in its own accounting toward net zero emissions.

Globally, voluntary carbon markets for these offsets have grown from $300 million to $2 billion since 2019, but they are still relatively small and fragile and need more robust rules.

Kerry’s proposal drew criticism, pending the fine print, for fear of swamping the market with industrial credits, collapsing prices and potentially allowing companies in the developed world to greenwash their own claims by retiring coal in the developing world.

A new set of “high-integrity carbon credit principles” is expected in 2023. A code of conduct for how corporations can use voluntary carbon markets to meet their net zero claims has already been issued, and standards for ensuring that a company’s plans meet the Paris Agreement’s goals are evolving.

Incredibly, all this progress is outside the Paris Agreement, which simply calls for governments to make “finance flows consistent with a pathway towards low greenhouse gas emissions and climate-resilient development.”

Negotiators seem reluctant to mention this widespread reform movement in the formal text being negotiated at COP27, but walking through the halls here, they cannot ignore it. It’s been too slow in coming, but change in the financial system is on the way.

Rachel Kyte is Dean of the Fletcher School, Tufts University. This article is republished from The Conversation under a Creative Commons license. Read the original article. Photo: By John Englart (Takver) (CC BY-SA 2.0)