“If you can keep it”: Our Democracy Emergency

We are closing in on one year after the insurrection at the U.S. Capitol – a gathering of radical-right Trump supporters who breached the building with the intention of forcefully and perhaps violently stopping the certification of Joe Biden’s election as President.

Since that relatively clumsy failed attempt at a coup, Republican-dominated legislatures in a number of states have been enacting laws meant to not only suppress voting (notwithstanding their vehement denials) but in some cases also change the process of certifying within the state the winner of its electoral votes. There are a number of examples of the strategies and tactics now afoot in some of these states.

Journalist Barton Gellman has written a few articles in the Atlantic on this subject; his latest is entitled “Trump’s Next Coup Has Already Begun”, subtitled “January 6 was practice. Donald Trump’s GOP is much better positioned to subvert the next election.” Clearly our Democracy is facing a major stress test, and we are called upon to respond.

If such an attempt succeeds, what will our government look like with people in charge who would endeavor to undermine our system of free and fair voting in this way? On Sunday, January 23 at 7 PM, in a virtual event co-sponsored by PASMC and the Peninsula Peace and Justice Center, Paul George, PPJC’s Director, will give a presentation entitled “’If You Can Keep It’ – Our Democracy Emergency”. The title’s first phrase is a reference to a quote from Ben Franklin. After emerging from the 1787 Constitutional Convention, he was asked if the new United States was going to be a monarchy or a republic. He replied, “A Republic, if you can keep it,” an early acknowledgement that our system is vulnerable to those who would seek personal power over democracy. Paul will explore what it might take to “keep” the system of government that we have long taken for granted, but is now being significantly challenged. 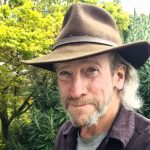 Paul George has been a grassroots activist and organizer for over 50 years. He was the Director of Peninsula Peace and Justice Center for 30 years before retiring in 2019. As a result of the COVID pandemic, Paul recently returned as PPJC’s Interim Director. In addition to his years there, Paul has served as a labor organizer and as an international solidarity organizer. He continues to host PPJC’s award-winning monthly TV program Other Voices (currently online), which is entering its 24th year of production. We are pleased to have Paul talk about this important topic, and we invite you to come and get enlightened and hopefully motivated.