Presidential campaign rhetoric often gets overheated, blown out of proportion. But rarely has it descended to the base levels of Campaign 2016. Blatant racism, xenophobia and fear-mongering — hate speech — has become an alarming norm of the campaign this year.

Words matter, of course, and they have consequences. Frightening consequences if you are a member of one of the targeted communities. And no community has suffered the backlash from this hate speech more than the Muslim community.

The consequences of inciting speech takes many forms: physical assaults, bullying of school children, law enforcement abuses, employment discrimination, denial of public accommodations … it is a long and ever-growing list.

This month’s forum will take a look at the very real fears of the Muslim community, both locally and nationally, and explore how best to respond, as allies across all communities, to the fear-mongering and hate speech.

We are pleased to be joined by two top activists and obervers of these issues: Zahra Billoo, Esq., Executive Director of the Council on American-Islamic Relations, San Francisco Bay Area Chapter and Mike German, a Fellow at the Brennan Center for Justice and a former FBI special agent who specialized in domestic terrorism. 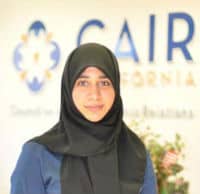 CAIR is in the trenches as the American Muslim community’s first responder to intolerance. CAIR not only provides grassroots advocacy and free legal services, but also gives dozens of community empowering “Know Your Rights” presentations at mosques, schools, and community centers. These presentations empower American Muslims to respond when faced with civil rights abuses, as well as educate allies outside the Muslim community on the current climate of hate and discrimination their Muslim co-workers, classmates and neighbors are subjected to on a regular basis.

Since she joined CAIR in 2009, Zahra has embraced her roles as community organizer and civil rights advocate. Zahra represents victims of discrimination and advocates for positive policy changes that uphold civil rights for all. In March 2011, at her direction, CAIR-SFBA filed a lawsuit against the Department of Justice challenging their warrantless use of GPS tracking devices to target American Muslims.

Her work with CAIR-SFBA has been highlighted in local and national media outlets including KTVU, NBC, CNN, MSNBC, the Christian Science Monitor, and NPR. Most notably, she made waves when she appeared on FOX News’ O’Reilly Factor in Fall 2010 to discuss invasive TSA practices.

A 2010 recipient of the San Francisco Minority Bar Coalition’s Unity Award and a 2011 recipient of the South Asian Bar Association of Northern California’s Public Interest Attorney of the Year Award, Zahra has been a devoted labor rights advocate for several years. She earned her J.D. from the University of California, Hastings College of Law, and was admitted to the California Bar in 2009. 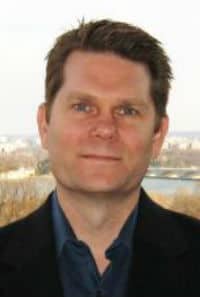 Michael German is a fellow with the Brennan Center for Justice’s Liberty and National Security Program, which seeks to ensure that our government respects human rights and fundamental freedoms in conducting the fight against terrorism. His work focuses on law enforcement and intelligence oversight and reform. Prior to joining the Brennan Center, Mr. German served as the policy counsel for national security and privacy for the American Civil Liberties Union Washington Legislative Office.

A sixteen-year veteran of federal law enforcement, Mr. German served as a special agent with the Federal Bureau of Investigation, where he specialized in domestic terrorism and covert operations. As an undercover agent, German twice infiltrated extremist groups using constitutionally sound law enforcement techniques. These operations successfully prevented terrorist attacks by winning criminal convictions against terrorists. He also served as a counterterrorism instructor at the FBI National Academy. There, he taught courses on extremism in democratic societies and developed a graduate-level training program for state, local and international law enforcement officers.

Mr. German left the FBI in 2004 after reporting continuing deficiencies in FBI counterterrorism operations to Congress. He began lecturing on counterterrorism and intelligence matters and served as an adjunct professor for Law Enforcement and Terrorism at the National Defense University. He joined the ACLU Washington Legislative Office staff in 2006. Mr. German is the author of scholarly articles including “Squaring the Error,” published by the Strategic Studies Institute of the U.S. Army War College and “Trying Enemy Combatants in Civilian Courts,” published in the George Washington Law Review. His first book, Thinking Like a Terrorist: Insights of a Former FBI Undercover Agent, was published in 2007. Mr. German currently serves on the Constitution Project’s Liberty and Security Committee and is a Senior Fellow with GlobalSecurity.org. Mr. German graduated from the Northwestern University Law School, and graduated cum laude from Wake Forest University with a B.A. in Philosophy.