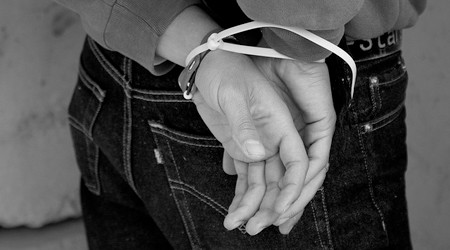 By Ahmad Samih Khalidi
The Guardian

The kidnapping and killing of three young Israelis – whom Palestinians regard as settlers – and the death of a Palestinian teenager in East Jerusalem have reopened some of the deepest wounds on both sides of the ongoing conflict and are now threatening to engulf Palestinian-Israeli relations.

It is not hard to see why Palestinian mothers and fathers may have been bemused by the spectacle of world leaders, including Barack Obama and David Cameron, lining up to condemn the deaths of the three youths, while remaining largely unmoved by the shooting of two unarmed Palestinian youths last month and the killings of at least a further six civilians since Israel began searching for the kidnappers on 12 June.

The latest death of an East Jerusalem teenager confirms that Israeli vigilantism is on the rise, inspired by a growing and largely unrestrained tide of settler violence over the past few years. In light of the fury felt on both sides, it is perhaps not hard to see why mutual empathy is not the prevalent mode of interaction between Palestinians and Israelis today.

On the Palestinian side, the kidnappers – whatever their exact motives – seem to have deliberately tapped into the Palestinian public’s longstanding concern over the thousands of prisoners in Israeli jails. This has been heightened by the Israeli government’s recent decision to renege on its commitment to President Abbas to release the last batch of prisoners held since before the “peace process” began in 1993.

The despair at Israel’s unwillingness to release what the Palestinian public perceives to be “hostages” coincided with a hunger strike by 300 Palestinian “administrative detainees” in protest at their incarceration without charge, trial, or legal recourse, renewable every six months – a sanction that Israel has inherited from British Mandatory rule.

The depth of Palestinian public concern over prisoners cannot be exaggerated. Palestinian statistics suggest that there have been some 800,000 acts of detention and imprisonment of Palestinians (including multiple detentions) since 1967 – an extraordinary proportion of a relatively small population base of around 4 million people in the West Bank and Gaza today.

The release of prisoners has indeed been one of the main motives for a long series of Palestinian attacks stretching back to the very beginnings of the 1967 occupation. In successive prisoner exchanges, and as most recently demonstrated in the Shalit case, the Israelis seemed prepared to release Palestinians only under duress and at the tempting ratio for would-be kidnappers of around 1000:1. Eventually, Palestinian militants came to the conclusion that the most effective way of releasing Palestinians from jail was to take Israeli hostages in return.

None of this is meant to justify the killing of innocent civilians. But the three Israeli youths appear to have fallen victim to the asymmetry of power between occupier and occupied, and the inevitable consequences of nearly 50 years of occupation and collective punishment of the Palestinians. The fact that two of the three youths were 16 years old (the third was 19) is also a poignant reminder that the cost of the conflict is not always borne by those on the frontline. Palestinian minors accounted for some 25% of the 5,000 Palestinian deaths in the first (1987) and second (2000) intifadas. According to the Israeli human rights group B’Tselem, some 84 Palestinian minors and 19 women were killed by Israeli forces in the five years up to May 2014, compared with 10 Israeli civilians. Last year the UN Committee on the Rights of the Child estimated that 7,000 children, mainly aged from 12 to 17 but some as young as nine, have been arrested, interrogated and detained between 2002 and 2012 – an average of two per day.

But this is not all. Israel’s ongoing retaliation against Hamas is no more likely to deter any future violence than it has in the past, and it seems to be more an act of frustration at the fact that Abbas’s “reconciliation government” had successfully elicited broad western support, despite Israel’s strong protestations. But Binyamin Netanyahu’s demand for President Abbas to choose between appeasing Israel and giving up on a significant sector of his own people is neither workable or politically feasible, for without Hamas there can be no Palestinian address to take responsibility for either peace or war.

As the entire region enters a new phase of profound uncertainty and severe security challenges, a total breakdown in Palestinian-Israeli relations will only highlight the difficulty of reconciling both sides’ core demands: Israeli security, and Palestinian sovereignty and freedom. The hopes for a negotiated “two-state” settlement were already fading fast. The death of the three youths and Israeli retaliation may well make this more difficult than ever.

Ahmad Samih Khalidi is a senior associate member of St Antony’s College, Oxford, a former Palestinian negotiator and the co-author, with Hussein Agha, of A Framework for a Palestinian National Security Doctrine (Chatham House, 2006)