Influential people need to stop using the future as an excuse for inaction. The clear and present danger is mass unemployment, and we should deal with it, now. 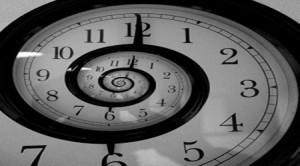 Last week the International Monetary Fund, whose normal role is that of stern disciplinarian to spendthrift governments, gave the United States some unusual advice. “Lighten up,” urged the fund. “Enjoy life! Seize the day!”

O.K., fund officials didn’t use quite those words, but they came close, with an article in IMF Survey magazine titled “Ease Off Spending Cuts to Boost U.S. Recovery.” In its more formal statement, the fund argued that the sequester and other forms of fiscal contraction will cut this year’s U.S. growth rate by almost half, undermining what might otherwise have been a fairly vigorous recovery. And these spending cuts are both unwise and unnecessary.

Unfortunately, the fund apparently couldn’t bring itself to break completely with the austerity talk that is regarded as a badge of seriousness in the policy world. Even while urging us to run bigger deficits for the time being, Christine Lagarde, the fund’s head, called on us to “hurry up with putting in place a medium-term road map to restore long-run fiscal sustainability.”

So here’s my question: Why, exactly, do we need to hurry up? Is it urgent that we agree now on how we’ll deal with fiscal issues of the 2020s, the 2030s and beyond?

No, it isn’t. And in practice, focusing on “long-run fiscal sustainability” — which usually ends up being mainly about “entitlement reform,” a k a cuts to Social Security and other programs — isn’t a way of being responsible. On the contrary, it’s an excuse, a way to avoid dealing with the severe economic problems we face right now.

What’s the problem with focusing on the long run? Part of the answer — although arguably the least important part — is that the distant future is highly uncertain (surprise!) and that long-run fiscal projections should be seen mainly as an especially boring genre of science fiction. In particular, projections of huge future deficits are to a large extent based on the assumption that health care costs will continue to rise substantially faster than national income — yet the growth in health costs has slowed dramatically in the last few years, and the long-run picture is already looking much less dire than it did not long ago.

Now, uncertainty by itself isn’t always a reason for inaction. In the case of climate change, for example, uncertainty about the impact of greenhouse gases on global temperatures actually strengthens the case for action, to head off the risk of catastrophe.

But fiscal policy isn’t like climate policy, even though some people have tried to make the analogy (even as right-wingers who claim to be deeply concerned about long-term debt remain strangely indifferent to long-term environmental concerns). Delaying action on climate means releasing billions of tons of greenhouse gases into the atmosphere while we debate the issue; delaying action on entitlement reform has no comparable cost.

In fact, the whole argument for early action on long-run fiscal issues is surprisingly weak and slippery. As I like to point out, the conventional wisdom on these things seems to be that to avert the danger of future benefit cuts, we must act now to cut future benefits. And no, that isn’t much of a caricature.

Still, while a “grand bargain” that links reduced austerity now to longer-run fiscal changes may not be necessary, does seeking such a bargain do any harm? Yes, it does. For the fact is we aren’t going to get that kind of deal — the country just isn’t ready, politically. As a result, time and energy spent pursuing such a deal are time and energy wasted, which would be better spent trying to help the unemployed.

Put it this way: Republicans in Congress have voted 37 times to repeal health care reform, President Obama’s signature policy achievement. Do you really expect those same Republicans to reach a deal with the president over the nation’s fiscal future, which is closely linked to the future of federal health programs? Even if such a deal were somehow reached, do you really believe that the G.O.P. would honor that deal if and when it regained the White House?

When will we be ready for a long-run fiscal deal? My answer is, once voters have spoken decisively in favor of one or the other of the rival visions driving our current political polarization. Maybe President Hillary Clinton, fresh off her upset victory in the 2018 midterms, will be able to broker a long-run budget compromise with chastened Republicans; or maybe demoralized Democrats will sign on to President Paul Ryan’s plan to privatize Medicare. Either way, the time for big decisions about the long run is not yet.

And because that time is not yet, influential people need to stop using the future as an excuse for inaction. The clear and present danger is mass unemployment, and we should deal with it, now.