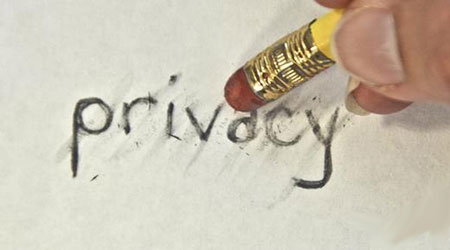 We noted a week ago that it seemed odd that President Obama was announcing his (mostly cosmetic) reforms for the intelligence community a week or so before the Privacy and Civil Liberties Oversight Board (PCLOB) had a chance to weigh in. As we noted, the PCLOB is the government organization that should be looking into this issue. The PCLOB had briefed the President a week or so earlier, and that may explain why he sought to get his speech out before their report came out: the report, to be released later today, clearly states that the NSA’s bulk metadata collection program is illegal and should end.

In a strongly worded report to be issued Thursday, the Privacy and Civil Liberties Oversight Board (PCLOB) said that the statute upon which the program was based, Section 215 of the USA Patriot Act, “does not provide an adequate basis to support this program.”

The board’s conclusion goes further than President Obama, who said in a speech Friday that he thought the NSA’s database of records should be moved out of government hands but did not call for an outright halt to the program. The board had shared its conclusions with Obama in the days leading up to his speech.

It seems clear that President Obama clearly wanted to get his speech out of the way before this report came out. The PCLOB has found the same basic thing that the President’s own task force (and Judge Leon) found: that the bulk data collection on pretty much everyone’s phone call data had been almost entirely useless (while violating everyone’s privacy). According to the Washington Post:

“We have not identified a single instance involving a threat to the United States in which the telephone records program made a concrete difference in the outcome of a counterterrorism investigation,” said the report, a copy of which was obtained by The Washington Post. “Moreover, we are aware of no instance in which the program directly contributed to the discovery of a previously unknown terrorist plot or the disruption of a terrorist attack.”

The full report, which sounds like it will be well worth reading, clearly appears to recognize that the NSA and the FISA Court reinterpreted the law in secret, in a manner that directly conflicts with the plain reading of the law — exactly what Senators Ron Wyden and Mark Udall have been screaming about for years:

But the board found that it is impossible that all the records collected — billions daily — could be relevant to a single investigation “without redefining that word in a manner that is circular, unlimited in scope.” Moreover, instead of compelling phone companies to turn over records already in their possession, the program requires them to furnish newly generated call data on a daily basis. “This is an approach lacking foundation in the statute,” the report said.

“At its core, the approach boils down to the proposition that essentially all telephone records are relevant to essentially all international terrorism investigations,” the report said. This approach, it said, “at minimum, is in deep tension with the statutory requirement that items obtained through a Section 215 order be sought for ‘an investigation,’ not for the purpose of enhancing the government’s counterterrorism capabilities generally.”

Importantly, unlike the task force, the PCLOB calls bullshit on the oft-repeated claim that a program like the Section 215 program would have prevented 9/11. This has been debunked multiple times, but here is a government organization doing the debunking:

The board rejected the contention made by officials from Obama on down that the program was necessary to address a gap arising from a failure to detect an al Qaeda terrorist in the United States, Khalid al-Mihdhar, prior to the 2001 attacks. Mihdhar was in phone contact with a safehouse in Yemen, and though the NSA had intercepted the calls, it did not realize at the time that Mihdhar was calling from San Diego.

“The failure to identify Mihdhar’s presence in the United States stemmed primarily from a lack of information sharing among federal agencies, not of a lack of surveillance capabilities,” the report said, noting that in early 2000 the CIA knew Mihdhar had a visa enabling him to enter the United States but did not advise the FBI or watchlist him. “…This was a failure to connect the dots, not a failure to connect enough dots.”

Second, the report said, the government need not have collected the entire nation’s calling records to identify the San Diego number from which Mihdhar made his calls. It asserted that the government could have used existing legal authorities to request from U.S. phone companies the records of any calls made to or from the Yemen number. “Doing so could have identified the San Diego number on the other end of the calls,” though, it noted, the speed of the carriers’ responses likely would vary.

The report also apparently calls bullshit on the claim made by some, including Senator Dianne Feinstein, that the program was necessary in stopping the plot to bomb the NYC subway.

I’m sure we’ll have more on this report, but it’s yet another condemnation of the program which the President is trying to keep going, while pretending he’s ending it.
Photo by opensourceway / Flickr / Creative Commons