Facial Recognition’s Threat to Privacy is Worse Than Anyone Thought 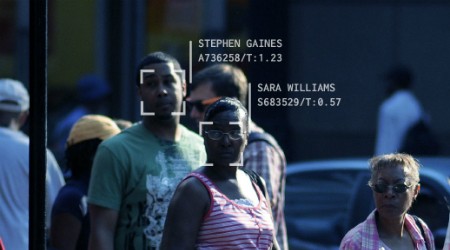 If we don’t speak up now, the days when we can walk around with our heads held high without fear of surveillance are numbered. Federal and local law enforcement across the country are adopting sophisticated facial recognition technologies to identify us on the streets and in social media by matching our faces to massive databases.

We knew the threat was looming. But a brand new report from the Georgetown Law Center for Privacy and Technology indicates the problem is far worse than we could’ve imagined.  The researchers compare the use of facial recognition to a perpetual line-up, where everyday, law-abiding citizens are pulled into law enforcement investigations without their consent and, in many cases, without their knowledge.

The researchers sent more than 100 public records requests to police agencies. Among their findings:

In response to the report, EFF has joined a large coalition of privacy advocates to demand the U.S. Department of Justice, Civil Rights Division take two major steps to keep facial recognition in check:

1. Expand ongoing investigations of police practices and include in future investigations an examination of whether the use of surveillance technologies, including face recognition technology, has had a disparate impact on communities of color; and

2. Consult with and advise the FBI to examine whether the use of face recognition has had a disparate impact on communities of color.

The problem isn’t just the police but also an aggressive push by biometric tech vendors who downplay the accuracy issues while marketing the systems as crucial to contemporary policing.  The danger that facial recognition poses to our privacy and civil liberties is real and immediate. While we do give up a small amount of privacy when we walk around in public, we must preserve our ability to blend in as just a face in the crowd.

Read the coalition letter to the U.S. Department of Justice Civil Rights Division.