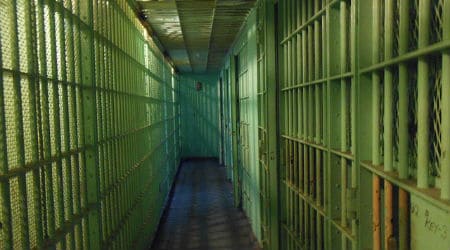 A record 149 Americans were exonerated in 2015; 58 of them following wrongful convictions in homicide cases. The people to whom justice came last year had spent an average of 14.5 years in prison (imagine how much that cost you as a taxpayer). Police and prosecutorial misconduct, false confessions, and dubious guilty pleas accounted for the vast majority of the cases that resulted in these exonerations. All of these details (and many more and good analysis, too) were included this week in the National Registry of Exonerations’ new annual report. You can read that report here.

How you view the report, however, likely depends in large part upon what kind of person you are. If you are a glass-half-full person you see in the results here a growing appreciation within the justice system that it is broken in ways large and small and that more people operating in this system — judges, lawyers, politicians, for example — feel a growing sense of urgency to right the many wrongs the system has produced. The fact that justice delayed is justice denied doesn’t mean that delayed justice doesn’t feel great to those who receive it.

If you are a glass-half-empty person, on the other hand, you see in the results here the tip of an iceberg. For every American exonerated last year there are five or 10 or 100 innocent people languishing in our prisons for crimes they did not commit, just waiting for good fortune and justice to come to them. These wretched people — and I believe there are tens of thousands of them — may have been wrongly convicted for different reasons but they still are imprisoned for the same reason; a stubborn refusal on the part of officials to admit they got it wrong and do something to make it right.

One aspect of the Registry’s report focuses upon Conviction Integrity Units (CIUs) set up in some jurisdictions to try to ferret out wrongful convictions. Here, too, there is reason to be both optimistic and pessimistic. The good news:

The performance of these CIUs has been highly variable and some have been criticized as mere window dressing. Nearly half of CIU exonerations come from one office (Harris County, TX) (76/151), and almost 90% (134/151) occurred in four counties. Half of all CIUs have not been involved in any exonerations—and four others worked on one only—including several units that have existed for three to five years. Several CIUs have no contact information that’s publicly available on the web or by telephone, including some that have been in operation for years.

Let’s focus on the bad news about CIUs in the Registry’s report. What it tells me is the vast majority of state and local justice ecosystems still aren’t willing or able to face the truth about wrongful convictions in their midst. Sure, the occasionally brave judge here and there will order the release of a prisoner who happens to get lucky and have a dogged attorney press an innocence claim in a jurisdiction with a relatively enlightened prosecutor. But any locale without a Conviction Integrity Unit, or a productive one anyway, is saying loudly and clearly that fixing wrongful convictions is too expensive and embarrassing to be a policy priority.

Wrongful convictions can never be eliminated. They will exist so long as our justice systems are human endeavors. But Americans have shown for decades now that getting innocent people out of prison quickly is not a priority for them. Most of us are, instead, seemingly comfortable allowing tens of thousands of our fellow citizens to languish in our overcrowded prisons (at our expense) while the real culprits of the crimes for which they were convicted remain free. We show this lack of urgency to right wrongs every day, not just in the tepid way in which Conviction Integrity Units are being employed but in the excuses our officials give in blocking exonerations.

So while I applaud the fact that we just set a record for exonerations I hope one year soon the hardworking folks at the Registry will be able to tell us that 1,490 innocent men and women were exonerated in a single year, and every year, until the backlog of wrongful convictions that taints our justice system at last is reduced to a few random cases. I am not holding my breath that this will happen soon. In the meantime, I am thinking today of all the innocent men and women in prison who are not among last year’s lucky “149.” How much longer will they have to wait?