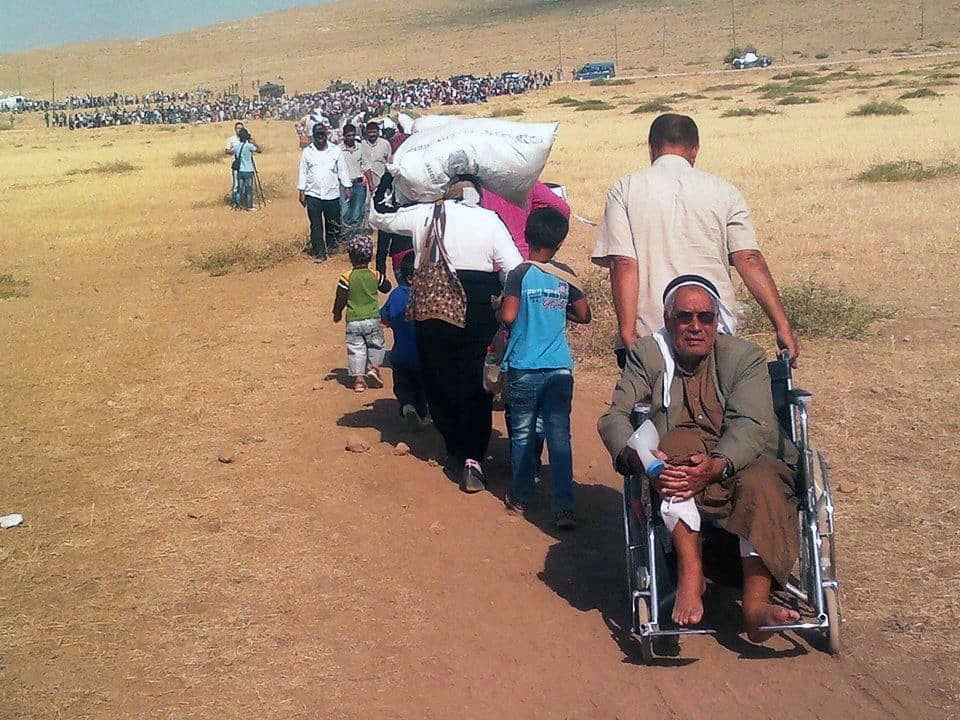 The Kurds were born to be betrayed. Almost every would-be Middle East statelet was promised freedom after the First World War, and the Kurds even sent a delegation to Versailles to ask for a nation and safe borders.

But under the Treaty of Sèvres, in 1920, they got a little nation in what had been Turkey. Then along came the Turkish nationalist Mustafa Kemal Ataturk who took back the land that the Kurdish nation might have gained. So the victors of the Great War met in Lausanne in 1922-23 and abandoned the Kurds (as well as the Armenians), who were now split between the new Turkish state, French Syria and Iran and British Iraq. That has been their tragedy ever since – and almost every regional power participated in it. The most brutal were the Turks and the Iraqi Arabs, the most cynical the British and the Americans. No wonder the Turks have gone back to bombing the Kurds.

When they rebelled against Saddam Hussein in Iraq in the early 1970s, the Americans supported them, along with the Shah of Iran. Then the US Secretary of State Henry Kissinger engineered an agreement between Iran and Iraq: the Shah would receive a territorial claim and, in return, abandon the Kurds. The Americans closed off their arms supplies. Saddam slaughtered perhaps 182,000 of them. “Foreign policy,” remarked Mr Kissinger, “should not be confused with missionary work.”

You would have thought the Kurds might have learnt their lesson. But at the start of the first Gulf war to liberate Kuwait, they were urged by the Americans – or rather, a covert CIA radio station operating from Saudi Arabia – to rise against Saddam. And they did. The Americans let them die in their thousands again, only shamed weeks later into creating a “safe” zone in northern Iraq after tens of thousands of Kurdish civilians trekked under fire in a biblical exodus to the safety of Turkey. America’s “safe” zone eventually proved illusory.

Even when the US planned to invade Saddam’s Iraq through Kurdistan in 2003, the Kurds found that the Turks planned to send 40,000 troops with them. The Turks wanted to stop the Kurds grabbing the Iraqi cities of Mosul and Kirkuk; Ankara feared that a self-governing Kurdish pseudo-state would creep across the border to Turkey.

And when the Iraqi Kurds fought Isis last year – the Americans deciding again that the Kurds had their uses – Turkey watched impotently as Kurdistan became the vanguard of the West’s battle. Kobani was a mini Stalingrad, and its defence by Kurds of Marxist orientation made Turkey’s humiliation more painful. The pro-PKK (Kurdistan Workers’ Party) fighters along the northern strip of Syria and Iraq were seen as heroes.

This could not be permitted. Thus when Isis struck Turkish Kurds seeking help for the reconstruction of Kobani with a devastating suicide bombing in Suruc – followed by PKK claiming responsibility for the murder of two Turkish policemen – Turkey decided to strike at the PKK under cover of an anti-Isis bombardment. The Americans were to be kept sweet by the reopening of Incirlik air base – in Turkish Kurdistan – and the world would forget that Islamist fighters have received free passage across the Turkish-Syrian border.

With its latest air campaign, the Turks are following Pakistan’s path to total corruption, when it became an arms and guerrilla conduit to Afghanistan – with American encouragement – in the 1980s. The Pakistanis variously supported the mujahedin, the Taliban and other Islamist groups.

As for the Kurds – have  they come across the words of Arthur Harris, the RAF squadron leader who helped crush the 1920 Iraqi uprising? “The Arab and Kurd now know,” he said, “what real bombing means in casualties and damage. Within 45 minutes a full-size village can be practically wiped out and a third of its inhabitants killed or injured.” The Turks clearly feel the same.