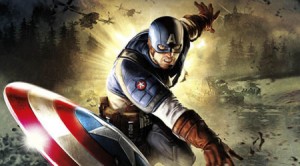 By ordering air strikes against Syria without UN security council support, Obama will be doing the same as Bush in 2003

by Hans Blix
The Guardian / UK

It is true that the UN security council is not a reliable global policeman. It may be slow to take action, or paralysed because of disagreement between members. But do we want the US or Nato or “alliances of willing states” as global policemen either? Unlike George Bush in 2003, the Obama administration is not trigger-happy and contemptuous of the United Nations and the rules of its charter, which allow the use of armed force only in self-defence or with an authorisation from the security council. Yet Obama, like Bush and Blair, seems ready to ignore the council and order armed strikes on Syria with political support from only the UK, France and some others.

Such action could not be “in self-defence” or “retaliation”, as the US, the UK and France have not been attacked. To punish the Assad government for using chemical weapons would be the action of self-appointed global policemen – action that, in my view, would be very unwise.

While much evidence points to the guilt of the Assad regime, would not due process require that judgment and consideration of action take place in the UN security council and await the report of the inspectorsthat the UN has sent to Syria – at the demand of the UK and many other UN members?

We may agree with John Kerry, the US secretary of state, that the use of gas is a “moral obscenity”, but would we not feel that “a measured and proportionate punishment”, like striking at some missile sites or helicopter bases, is like telling the regime that “you can go on with your war but do stay away from the chemical weapons”? And what is the moral weight of the condemnation by nuclear weapons states of the use of gas as a serious war crime when they themselves will not accept a norm that would criminalise any first use of their own nuclear weapons?

It is hard to avoid the impression that the political and military developments now in overdrive stem partly from pressure exerted by the rebel side to trigger an American military intervention – by trying to hold President Obama to an earlier warning to Assad that a use of chemical weapons would alter his calculation. Equally, if not more important, may be a need felt by the Obama administration to avoid criticism for being hesitant and passive – and appearing like a paper tiger to countries such as Iran that have been warned that the US will not allow them to have nuclear weapons.

In 2003 the US and the UK and an alliance of “friendly states” invaded Iraq without the authorisation of the security council. A strong body of world opinion felt that this constituted a violation and an undermining of the UN charter. A quick punitive action in Syria today without UN authorisation would be another precedent, suggesting that great military powers can intervene militarily when they feel politically impelled to do so. (They did not intervene when Iraq used chemical weapons on a large scale in the war with Iran in the 1980s.)

So, what should the world reaction be to the use of chemical weapons? Clearly, evidence available – both from UN inspectors and from member states – should be placed before and judged by the security council. Even if the council could only conclude that chemical weapons had been used – and could not agree that the Assad regime alone was responsible – there would be a good chance of unanimous world condemnation. Global indignation about the use of chemical weapons is of value to strengthen the taboo.

Condemnation is not enough. With 100,000 killed and millions of refugees, the civil war itself is a “moral obscenity”. The council must seek to achieve not just an end to chemical weapons use but an end to all weapons use, by a ceasefire. As was planned not long ago by the US and Russia, the council must seek to bring about a conference at which relevant parties and states can form an interim authority. The alternative is continued civil war in Syria and worsening international relations.

Is the ending of active hostilities totally unrealistic? Let us be clear that the government in Syria, as well as all rebel groups, depends upon a flow of weapons, munitions and money from the outside. Much is reported to come to the rebels from Saudi Arabia, Qatar and Turkey; and much is reported to come to the government from Russia and Iran. The supplier countries have leverage. Agreement should be sought, under the auspices of the security council, that all parties that have given such support demand that their clients accept a ceasefire – or risk losing further support.

Hans Blix is a Swedish diplomat and politician. He was Swedish minister for foreign affairs. Blix was also the head of the United Nations monitoring, verification and inspection commission from March 2000 to June 2003. In 2002, the commission began searching Iraq for weapons of mass destruction, ultimately finding none