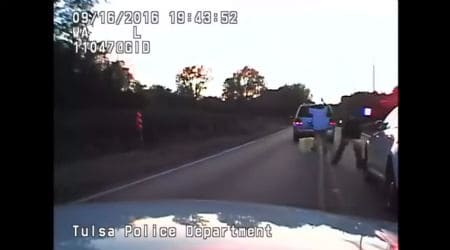 Two more senseless killings of Black people by the police.

Terence Crutcher was killed with no justification by a Tulsa, Oklahoma police officer. Keith Lamont Scott was shot in Charlotte, North Carolina while the police were there to serve a warrant to someone else. We’re forced to ask the same question over and over: how many Black people have to die before we reassess policing in America?

Terence Crutcher. Keith Lamont Scott. Korryn Gaines. Alton Sterling. Philando Castile. The truth is so many tragic killings at the hands of police are preventable. We’re just not doing enough to prevent them.

There’s a bill in Congress right now, the Preventing Tragedies Between Police and Communities Act of 2016, that aims to change policing practices to be about safety and police accountability.

If passed, the Preventing Tragedies bill would require officers to use non-lethal and de-escalation tactics and use the lowest level of force possible – the safest means – to deal with an identified threat. The bill also outlines accountability mechanisms to enable states and localities to make sure police officers use these tactics whenever possible.

Add your name today to urge Congress to pass this bill – and transform policing in America.

The police left Terence, a father, to bleed to death on the street. Keith Lamont Scott was in the wrong place at the wrong time.

We must transform our broken policing practices. We cannot afford another life lost to injustice and racism.