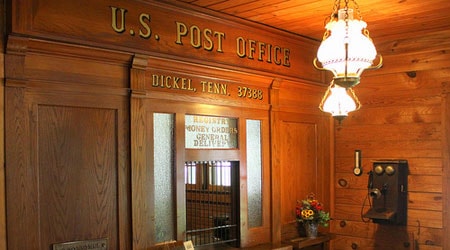 As we have seen in the last few years much of the banking industry is exploitative and socially useless, but payday lenders may be in a class all their own. They exploit the most vulnerable Americans with disgustingly high interest rates. Interest rates no other Americans would pay.

Now Senator Elizabeth Warren is proposing an alternative method for the working class to gain financial services, one that doesn’t involve loan sharks taking a huge vig. And there is no need to create an entirely new infrastructure to provide this alternative because it already exists – the post office. Warren’s proposal pivots off a report recently published by the Inspector General of the Post Office that 68 million Americans have no checking or savings account and that USPS could offer “basic banking services — bill paying, check cashing, small loans — to its customers.”

Families rely on financial services more than ever, but those who need them most — who struggle to make ends meet — too often must contend with sky-high interest rates and tricks and traps buried in the fine print of their loan products…

That is why the OIG report is so interesting. If the Postal Service offered basic banking services — nothing fancy, just basic bill paying, check cashing and small dollar loans — then it could provide affordable financial services for underserved families, and, at the same time, shore up its own financial footing.

Solve two problems at once. Help the under-banked get access to basic financial services and help the Postal Service survive the digital age.

Instead of partnering with predatory lenders, banks could partner with the USPS on a public option, not beholden to shareholder demands, which would treat customers more fairly. As the report says, “the Postal Service could greatly complement banks’ offerings,” and in turn help drive out of business some of the most crooked companies in America, while promoting savings and expanding credit for the poor…

Maybe it’s time for President Obama to step in. He’s been looking for something to show he can help improve the lives of ordinary Americans, regardless of Congress’ inaction. Here’s a perfect opening on an issue of equal access, of affordability, of saving an American institution.

Not surprisingly the American Bankers Association is deeply upset about the proposal. Banks enjoy partnering with payday lenders and generally not having to provide services to poorer Americans. In fact, when politicians in Washington were desperate for talking points during the housing crisis they were told by the banking lobby to blame the Community Reinvestment Act, which forces banks to invest in lower income communities – despite it being a totally bogus talking point.

Can such a common sense proposal as postal banking be adopted into law?