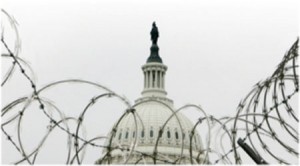 If the Egyptian military’s violence against its own citizens is unacceptable, President Obama has no choice but to take the only moral action that remains available to him: cut military aid to Egypt entirely.

When Salvador Allende, the democratically elected socialist President of Chile, was overthrown by his country’s military—with the awareness, and possible assistance, of the C.I.A.—on September 11, 1973, he committed suicide rather than surrender. By then, Chile’s Air Force had already bombed the Presidential palace, where he had decided to make his last stand. When the smoke cleared, the country’s new leader, the Army commander-in-chief General Augusto Pinochet, told his fellow-countrymen that he had taken the step of removing Allende from office on behalf of the fatherland to save it from Marxist terrorists. “The armed forces of Chile have acted today solely from the patriotic inspiration of saving the country from tremendous chaos into which it was being plunged by the Marxist government of Salvador Allende,” he said. In the days, weeks, and months that followed the coup, thousands of people were hunted down, rounded up, held, tortured, and killed. Their bodies were hidden by, in many cases, secret executioners, all in the name of “freedom” and “the fatherland.”

Three years later, Argentina’s military, taking its cue from Pinochet, overthrew President Isabel Peron and established a junta to oversee a “national reorganization process,” which it asserted was necessary in order to safeguard the country from widening social chaos and Marxist-led “subversion.” But El Proceso, as it was called, soon became known as the “dirty war,” in which Argentina’s military, like Chile’s, used its powers to detain, torture, execute, and disappear anyone it suspected of ideological opposition. Between fifteen and thirty thousand people were killed.

In Chile, Pinochet himself ruled for seventeen years, and, while his rule became a byword for repression around the world, a large percentage of his fellow-citizens acquiesced in the belief that he was all that stood between them and a world of chaos and anarchy. In Argentina, too, many ordinary citizens went along with whatever the military said and did, turning their faces away during the worst of the killing in the belief that it was somehow necessary. In the same period, similar atrocities were being conducted under the guise of combatting Communism in neighboring Uruguay, Paraguay, Bolivia, Brazil—and Chile, too—as the ruling militaries coöperated with one another in a secret program called Operation Condor. By the time it was over, tens of thousands of people had died. Throughout, successive U.S. governments either averted their gaze while the killing was done or, in some of the more shameful episodes, actually advised and assisted those doing the killing—all in the name of defending a greater goal, that of Western “freedom,” in the face of the repressive Communist empire in the East led by the Soviet Union. Journalists who questioned what was going on, or who denounced the killings as human-rights violations, were often killed; outsiders were excoriated for their meddling and for their willingness to believe “the lies of the terrorists.”

The Soviet Union is long gone, of course; the Latin-American juntas are also gone, but the region is still dealing with their traumatic legacy. Left-wing politicians have come to power in most of the Condor countries, and military officers who once regarded themselves as patriotic saviors are being tried and sentenced to long prison terms for the atrocities they committed. As the rule of law emerges, people in societies that once acquiesced in terror, and even justified it, are awakening from their slumber.

Today’s Islamists can be yesterday’s Marxists, it seems: killable on behalf of notional constructs of law and order. In Egypt, a self-aggrandizing military that has mostly known defeat in foreign battle, and has served as an instrument of domestic repression, is running the show, two and a half years after acceding to an ostensible “people’s revolution” demand to displace the country’s (or, rather, the military) dictator, Hosni Mubarak. Now, only seven weeks after the military forcibly removed from office the Muslim Brotherhood leader Mohamed Morsi—who was democratically elected a little more than a year ago—Mubarak’s lawyers have said that he has been acquitted of corruption charges and may be released from custody as early as this week.

The generals, meanwhile, are justifying an ever-widening bloody crackdown on the constituents of the former ruling party, the Muslim Brotherhood, by accusing them all of being terrorists. Immediately after last Wednesday’s sickening killing of more than six hundred Egyptians, including many civilian supporters of the ousted Morsi, the Army spokesman, Ahmed Ali, said, “When dealing with terrorism, the consideration of civil and human rights is not applicable.” The Interior Ministry announced that the Army and the police would be allowed to use “live ammunition” to deal with the people who it was anticipated would gather on Cairo’s streets in Friday’s Day of Rage. The protesters, the cabinet added in a separate statement, had committed acts of “terrorism and vandalism.” At least a hundred people died that day, many of them in the Al Fatah mosque, where members of the Muslim Brotherhood had taken refuge, and from which some fired back at the security forces. Many more died on Saturday. So far, three leaders of the party that, until a month ago, was in power have lost family members. On Tuesday, the military announced that it had captured Mohammed Badie, the spiritual guide of the Muslim Brotherhood, and it exhibited him to television cameras like a kind of war trophy, or, perhaps, a member of an actual terrorist organization, like Al Qaeda. Indeed, that was the suggestion, and in response some of Egypt’s media crowed jubilantly over Badie’s arrest.

While Morsi was no Allende, perhaps, he and his political party’s post-coup demonization is a creepily fascinating process to observe; what is astonishing about it is the rapidity with which it is occurring. After Spain’s bloody civil war, in the nineteen-thirties, it took several more years of Francisco Franco’s terror to convert the survivors of the former Republic into “bandits” in the popular imagination. By the fifties, that was the term everyone used.

The no-holds-barred military terror in Egypt, and the language the military is employing to justify it, is reminiscent of the worst of human legacies. These are the sort of statements made not by ordinary armies but by armies that have embraced ideological convictions that make it easy to shoot down people in the streets, even civilians, if you believe that they are with the terrorists—or whatever it is you decide to call them. There are many Egyptians who are going along with the Army’s violence, supporting it with their own paramilitary gangs. And there are members of the Muslim Brotherhood who are obliging by discarding the idea that there is a place for them in electoral politics and embracing violence. Two acts bode ill: Sunday’s suspicious killing of thirty-six protesters detained in a police van, and Monday’s execution murders of twenty-five police cadets in the Sinai peninsula. (For months, there has been an unravelling security situation as armed Islamists, not necessarily linked to the Muslim Brotherhood, grow stronger and launch attacks. Apologists for the military point to the growing lawlessness in the Sinai, bordering Israel, as a reason not to cut their aid; but it is worth noting that most of the lawlessness occurred under that same military’s watch, since it began with Mubarak’s ouster, not before it.)

There is a build-it-and-they-will-come quality to Egypt’s violence, and it is it not hard to see how today’s mayhem could lead not only to a Dirty War but to a full-scale civil war. Stoking up a jihad is not an abstract or elusive thing; there is a jihadist element in Egypt and across the Middle East, not to mention on the fringes of the Muslim Brotherhood, and it will ignite and become combustive, given the right conditions. And this past week Egypt’s military has provided those conditions.

Thus far, U.S. policy on Egypt has been like the greenhorn at a rodeo—just trying to ride the bull and not fall off. But the U.S. is not so new to this. In Latin America, where several generations of venal dictators found themselves coddled by Washington’s warm embrace, the score settling is still going on. In recent years, thanks to the able mentoring of the Castros and the oil-subsidized largesse of the late Hugo Chávez, of Venezuela, anti-American political regimes have taken root in half a dozen countries across the hemisphere. American acquiescence to Latin dictators, in other words, got us through the Cold War, but as a high, and enduring, cost. It’s not for nothing that Edward Snowden asked Venezuela and Nicaragua for asylum.

For a time, it was possible to forgive the Obama White House its indecision, its tepid wait-for-a rational-response approach in volatile post-Mubarak Egypt. But it is not good enough to cancel the joint U.S.-Egyptian Bright Star military maneuvers that were scheduled for September, and to leave in place $1.3 billion in annual military aid to the regime (almost half of which has yet to be delivered this year), while withdrawing about a quarter of a billion dollars in economic aid. If the Egyptian military’s violence against its own citizens is unacceptable, President Obama has no choice but to take the only moral action that remains available to him: cut military aid to Egypt entirely. This will not “save” Egypt, but neither will Egypt’s military. If the U.S. has any leverage left, it might be best applied to the real financial patrons of General Sisi, Saudi Arabia, Kuwait, and the U.A.E. Or have we now truly entered—or returned to—the age of Kissingerian realpolitik, and actually want the military there to crack down hard and forever, without any pretenses? If we have lost the moral cue cards, we can just watch Syria. That’s real politics. But, as the U.S., we must make it clear what we are doing, and why. We cannot pay for the bullets and then sigh over the victims they kill.