Donald Trump Is Trying to Whitewash Mass Protest of His Inauguration, Attorney Warns 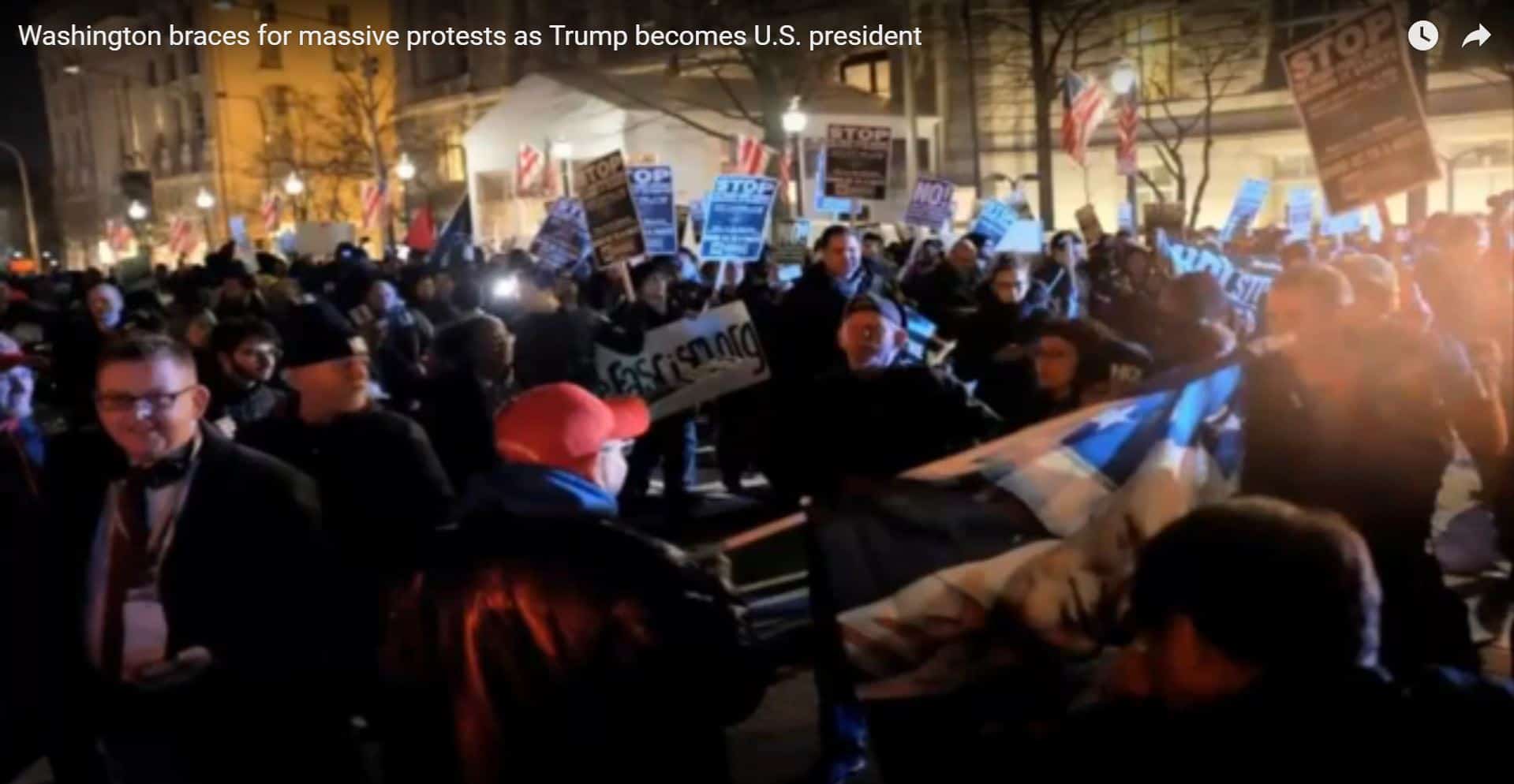 Major media outlets have reportedly been told they will not be permitted access to a site of a major protest during the inaugural parade of President-elect Donald Trump.

Credentialed news sources, including a national television network, were informed that they cannot cover demonstrations at the Navy Memorial. Organizers say this area will be the largest location for protests on inauguration day.

According to attorney Mara Verheyden-Hilliard, executive director of the public interest legal group Partnership for Civil Justice Fund, reporters are even barred from taking footage of or interviewing individual protesters on the route. And credentialed outlets will only be allowed to cover the parade in specific areas.

AlterNet reached out to the presidential inaugural committee with a request for comment. It did not reply as of publication.

Verheyden-Hilliard is the attorney for the Act Now to Stop War and End Racism (ANSWER) Coalition, which is organizing large demonstrations against Trump.

“This is an outrage, a blatant act of political discrimination, and a grave threat to free speech and the right to dissent in the Trump Era,” the ANSWER Coalition said in a statement.

The group invested time and energy in securing a permit to protest in the area.

“Trump intends to whitewash the mass protests taking place against his administration, but we can’t let that happen,” the ANSWER Coalition wrote. “We will not be silent. We will not be made invisible. Working together, we will win.”

Ben Norton is a reporter for AlterNet’s Grayzone Project. You can follow him on Twitter at @BenjaminNorton.