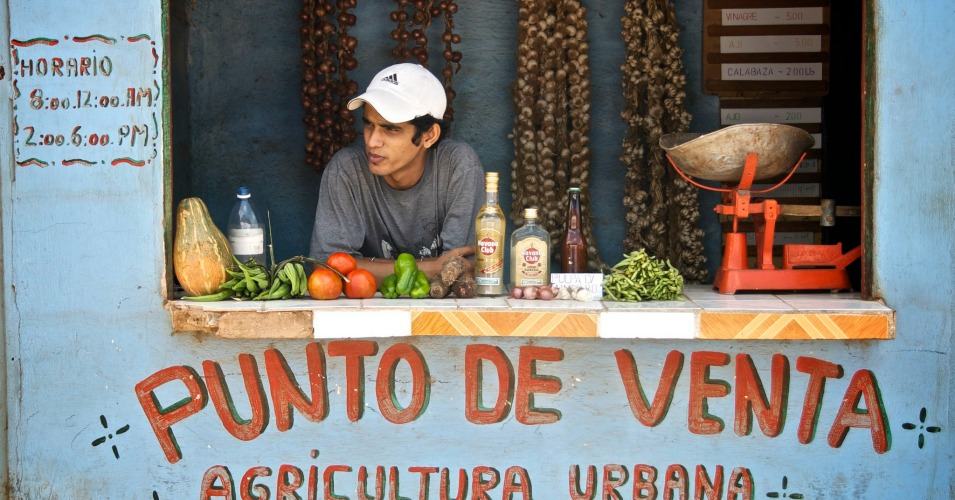 Raul Castro is trying to find a middle way, stimulating the economy while preserving revolutionary gains like free healthcare and education.

La libreta, the Cuba ration booklet, encapsulates the debate about Cuba’s socialist experiment. Detractors say that the fact that food is still rationed after 50 years, and that over 60 percent of the island’s food is still imported, proves the failure of a bureaucratic, state-run economy sapping the entrepreneurial spirit of workers and farmers.

Supporters say the ration book exemplifies the Cuban government’s commitment to the health and welfare of its people in the face of a relentless US blockade. They say that thanks to Cuba’s guaranteed food basket and free healthcare, the poor island nation has one of the lowest infant mortality rates and highest life expectancy rates in the world.

I lived in Cuba during the early 1980s, when the Soviet Union still existed and was subsidizing the Cuban economy to the tune of $4-6 billion a year. In those days, eating was an egalitarian exercise. The ration every family received for a small fee was enough to last all month and guaranteed everyone a decent diet. It included rice, beans, lentils, milk, coffee, weekly portions of chicken and hamburger meat, occasional fish and pork.

When the weekly chicken ration arrived at the market, you could smell chicken cooking in every kitchen in the neighborhood–fried chicken, soups, stews. As a nutritionist who had worked with starving children in Africa, I delighted in the knowledge that every family would be enjoying a good dinner. Sure, Cubans complained that they often couldn’t get the onion, garlic or tomatoes to cook the food to their taste, but the basics were always there.

Not today. The ration booklet has been shrinking over the decades. This would be fine if it reflected abundance, but it doesn’t. The worst period was right after the fall of the Soviet Union in 1991, when Cuba’s ability to import food dropped by 75%. During the terrible next decade, which the government dubbed the “Special Period” and people called “el tiempo de los flacos” (the skinny period), the rations fell by half, the average Cuban lost 20 pounds, and persistent hunger—something not seen since before the revolution—became a daily reality.

The Cuban economy has improved considerably since then, thanks in part to the rise in tourism dollars and to Venezuela’s subsidized oil. Still, the monthly ration is just enough to keep people from starving but not enough for a good diet, much less a satisfying one.

Each Cuban receives a monthly ration of seven pounds of rice, a pound of beans, half a bottle of cooking oil, one bread roll per day, plus small quantities of eggs, chicken or fish, spaghetti, and sugar. There are items for special occasions — cakes for birthdays, rum and beer for weddings—and “vulnerable people” get extra rations. Children get a liter of milk and some yogurt. People with health problems, like diabetics, get extra rations.

Ninety-year-old Aleida Fernandez told me that when she developed high blood pressure, her doctor gave her a note that added three fish a month to her ration. “This way the government guarantees I get enough protein,” said a grateful Fernandez, who lives on a pension of $15 a month but has free healthcare and like most Cubans, pays no rent.

Cubans pay less than $2 for their monthly rations, which is an estimated 12 percent of the food’s real value. It’s a lifesaver for the poor but it leaves the government subsidizing every man, woman and child, regardless of income. With a price tag of over $1 billion annually, it’s clear why reform-minded President Raul Castro would like to see la libreta disappear.

In 2011 Castro said the ration system distributes food at “laughable prices” and that a system introduced in a time of shortages has turned into “an unbearable burden for the economy and a disincentive to work.”

But his proposal to eliminate the ration was scrapped when met with fierce opposition, particularly from low-wage state workers and retirees struggling to get by on $15 a month. “I can’t imagine how I’d survive if I had to buy my food on the open market,” complained retiree Ophelia Muñoz. “The market prices are so high that I can barely afford potatoes and boniato, much less beans or chicken.”

It’s a different story for Cubans who work in the tourist sector or receive remittances from their families abroad. With access to hard currency, they can afford market prices and supplement their diets with restaurant meals.

But the best food is reserved for tourists. Gourmet meals are offered in private restaurants called paladares that have cropped up all over the island. Poor Cubans can now see the sumptuous fare offered to tourists—lobster, shrimp, pork, steak—and they are left wondering why they are stuck with rice and chickpeas. “We’re not starving like people in Haiti,” said Berta Fernandez, a clerk who lives on a salary of $20 a month. “But we smell the pork roasting in the restaurant down the block and we’re left with this craving.”

The unequal access to food is just one reflection of what is becoming more and more of a two-tiered economy, with one group scraping by on national pesos and the other benefiting from access to hard currency. The revolution wasn’t supposed to turn out this way.

At an elementary school we visited in Havana, teacher Olivia Gonzalez said they don’t allow students to bring their lunches from home. Why? Because some students would bring coveted items like meat and soda while poorer students would have simpler fare. “We want the children to all have the same opportunities and not grow up with a sense of inferiority,” Gonzalez explained. “So it’s better for them all to eat the same.” To cut down on costs and provide healthy meals, many schools are trying to grow as much of their own food as they can.

Raul Castro is trying to find a middle way, stimulating the economy while preserving revolutionary gains like free healthcare and education. His market-oriented reforms include cutting back on subsidies, slashing bloated state payrolls and encouraging more private enterprise—especially for farmers.

The historic opening with the US has ignited hopes that the US will stop sabotaging Cuba, and that greater tourism and trade will help the economy grow. Even before the opening, Cuba was buying $500 million worth of agricultural goods from the United States. Food sales were an exception to the embargo but sales had to be made in cash. New rules allowing Cuba to use US banks and obtain loans will lead to more imports—a win for both countries.

Many worry that the US opening, accompanied by a flood of tourists and US corporate investments, will be a recipe for an even greater gap between the haves and have-nots. Certainly the days are gone when Cubans ate the same meals at the same time, and perhaps the universal libreta will be replaced by a food stamp system based on need. In Cuba, the right to food is considered a basic human right. So as the economy expands, so will access to a more varied diet. With so many starving people still around the world, Cuba could be a model of how to grow the pie—and make sure that everyone gets a piece.