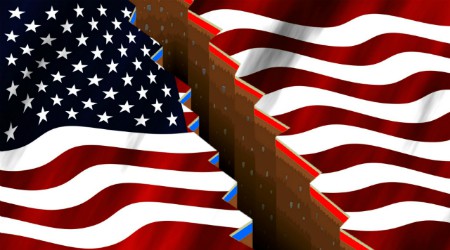 The 2016 Presidential election is turning out to be unlike any campaign in recent history and it may be having a transformational effect on American politics. Whether that’s good news or very bad news has yet to be seen.

The campaign so far has been marked by candidates who are running on platforms ranging from fear and hate to radical hope. Campaign 2016 has seen some of the coarsest and most racist language ever uttered in such a high-level undertaking.

Heated rejection of inside-the-Beltway politics and dissatisfaction with the status quo are exploding from the electorate. And both major parties are seeing inner turmoil, from the fairly standard left-right tensions within the Democratic party to seemingly outright civil war among the Republicans.

After decades of deepening inequality and unprecedented partisan polarization, the nature of campaign 2016 should come as no surprise to anyone who has been paying attention. But what will American politics — and America itself — look like after the voting booths have closed? Are we headed for ever greater polarization? Will either of the major parties shatter, leaving behind an entirely new political landscape? And how do we finally confront the deeply divisive trends that have delivered us to this moment in history? Those are the among the questions we’ll explore at this month’s Other Voices forum. 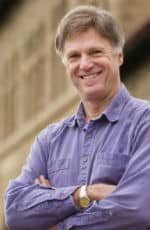 Doug McAdam is The Ray Lyman Wilbur Professor of Sociology at Stanford University and the former Director of the Center for Advanced Study in the Behavioral Sciences.  He is the author or co-author of 18 books and some 85 other publications in the area of political sociology, with a special emphasis on race in the U.S., American politics, and the study of social movements and contentious politics. He has recently updated his 2014 work, Deeply Divided (co-written with Karina Kloos) to bring us up to the present moment. From the update:

“The striking escalation in partisan bloodletting and governmental dysfunction during the Obama years bear the clear imprint of … two central structuring forces: the continuing—indeed increasing—significance of race in American politics; and the dynamic interaction of, and tension between movement and party as forms and logics of politics. More to the point, we see the rise and radicalization of a racially inflected Tea Party movement as contributing significantly to the deepening crisis in American political life.”