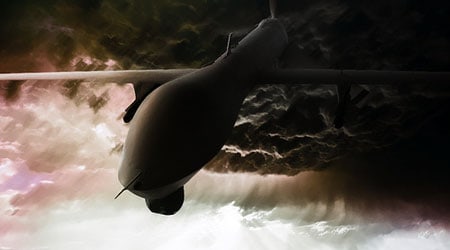 The take-away from President Barack Obama’s State of the Union address was his line “wherever and whenever I can take steps without legislation to expand opportunity for more American families, that’s what I’m going to do.” He’s going to be the go-it-alone guy, going around the deadlocked Congress to make decisions on his own.

Given the stranglehold of the right (not only among Republicans, I should be clear) in Congress, that’s all to the good. Obama’s pre-SOTU announcement that from now on federal contract workers would earn a minimum wage significantly higher than the official legal minimum wage is an important step (even though it’s still below the poverty line for a family of four). Not only for those hundreds of thousands of workers and their families, but as an example of what presidential fiat can accomplish. That’s all good.

Obama wants to impose “prudent limitations” on the drone war. But the only “prudent” limit would be to end the drone war. It violates international law, kills civilians, foments more terrorism and doesn’t work. The president admitted “we will not be safer if people abroad believe we strike within their countries without regard for the consequence.” Yet the only way to solve problem is to stop striking without regard for consequences — not to just strike prudently. Obama can and should end the drone war by executive action.But the U.S. Constitution’s division of power makes unilateral presidential action easiest, almost required, in foreign affairs and use of the military. Obama made a strong statement that “America must move off a permanent war footing.” That should’ve been a Wow! moment. We should’ve heard plans to shutter the 700-plus U.S. military bases scattered across the globe, creating huge social and environmental problems and fomenting anti-U.S. tensions. We should’ve heard plans for massive cuts in military spending on those bases, on wasteful and giant weapons systems, on illegal wars. That’s what ending permanent war means. But we didn’t hear of any moves to actually do so.

On nuclear weapons, Obama recognized that the U.S. has “reduced our own reliance on Cold War stockpiles.” If he is serious about his longstanding commitment to a world without nuclear weapons, he needs to take far more significant steps. He is the commander in chief, and could decommission much or even the entire Cold War-era nuclear arsenal unilaterally, as a model for the rest of the world. Even as a first step, using executive actions, Obama could take U.S. nuclear weapons off their dangerous first-strike readiness. Why didn’t we hear those plans?

The one crucial example that Obama did invoke was on Iran. He powerfully reminded the Congress that diplomacy is working, that it’s negotiations responsible for “halt[ing] the progress of Iran’s nuclear program…Iran has begun to eliminate its stockpile of higher levels of enriched uranium. It’s not installing advanced centrifuges. Unprecedented inspections help the world verify every day that Iran is not building a bomb.” He invoked JFK and Reagan dealing with the Soviet Union, noting that “surely a strong and confident America can negotiate with less powerful adversaries today.”

Then the kicker: “Let me be clear: if this Congress sends me a new sanctions bill now that threatens to derail these talks, I will veto it.” That was huge. So much for AIPAC’s (the American-Israel Public Affairs Committee) campaign to win support for precisely that bill (S. 1808) now pending in the Senate. The unequivocal commitment seemed to answer whether President Obama is prepared to stand up to increasing political pressure. (The question now turns to Senate Majority Leader Harry Reid, who has so far refused to bring the bill to the floor. Without continuing public pressure to back his stance, he could cave under AIPAC’s powerful bribes and threats.)

But why didn’t we hear more dramatic announcements on ending wars and rebuilding diplomacy as the centerpiece of U.S. foreign policy?

Looking at the U.S. wars, Obama reminded us that all U.S. troops are gone from Iraq (he might have said something about how what those years of U.S. occupation left behind — a country devastated by rising violence comparable to 2008). But on Afghanistan, he fudged again. He started with “more than 60,000 of our troops have already come home.” He didn’t mention the 43,000 troops still there, many of them on the multiple tours he mentioned regarding the young soldier in the audience, grievously wounded on his tenth deployment.

Obama went on to say that “we will complete our mission there by the end of this year, and America’s longest war will finally be over.” Lots of applause for that line. Except it’s not true. If Obama gets his way (and Afghan President Hamid Karzai cooperates, always a dicey proposition), thousands of U.S. troops will remain fighting in Afghanistan. That would mean the U.S. war will continue.

Obama recognized that reality: “A small force of Americans could remain in Afghanistan with NATO allies to carry out two narrow missions: training and assisting Afghan forces and counterterrorism operations to pursue any remnants of al-Qaeda.” The debate is between the White House preference for 8,000 to 12,000 troops vs. the Pentagon’s preference for 10,000+ or nothing. Either way, what part of “the war continues” doesn’t he get?

The president did mention one change — that “while our relationship with Afghanistan will change, one thing will not: our resolve that terrorists do not launch attacks against our country.” So that’s the real shift. No longer claiming that keeping U.S. troops occupying Afghanistan has anything to do with protecting Afghans, or supporting their feckless government, now it’s official that we’ll continue occupying Afghanistan solely for U.S. interests. Ironically, of course, the best way to prevent attacks on the U.S. is precisely to get all U.S. troops — all, not most — out of Afghanistan. The “Zero Option,” the full withdrawal the United States dreads and the inevitable result if the Afghan government, like its Iraqi counterpart, refuses to grant immunity to U.S. troops for any crimes they might commit, is in fact the best way to both help Afghanistan’s people reclaim their country on their own terms, and reduce the threat of attacks on the United States.

President Obama brought the audience — on all sides of the aisle — to its feet for a long ovation honoring one of the wars victims, Cory Remsburg. His horrific injuries were the direct result of war decisions made and billions of war dollars authorized by the very people applauding him in that room. Perhaps once the applause dies down, Sgt. First Class Remsburg’s own take-away from the State of the Union might be a decision to join the real war heroes of Iraq Veterans Against the War.