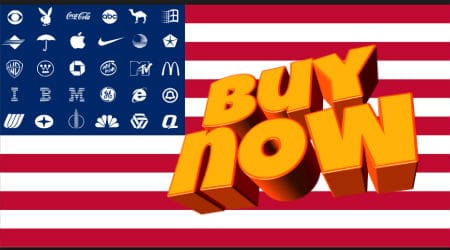 By Zaid Jilani
The Intercept_

Sen. Mark Warner, D-Va., called on an audience of business and political elites earlier this week to respond to populist anger by lobbying harder for a deficit-reduction package that would reduce corporate tax rates and cut public retirement programs such as Social Security.

Although a dominant populist sentiment is that the system is already rigged in favor of the rich, Warner suggested that the “business community” needs to get more involved in politics or face unpleasant repercussions.

“If you don’t think the frustration of Americans with our overall system, — not just our political system, but our business system, our tax code — is at the boiling point, then Katy bar the door!,” he said. “The walls that are gonna have to be built, may not be at borders, they may be around neighborhoods the way they are in many Third World countries around the world,” Warner warned. See an excerpt:

Warner was speaking on Monday at the Milken Institute’s 2016 Global Conference. Every year, this economic policy think tank brings together politicians, corporate executives, and others to muse on the world’s big economic and social problems.

Warner bemoaned that his years of efforts to strike a congressional “Grand Bargain” based on the Bowles-Simpson deficit reduction plan had resulted in failure.

The Bowles-Simpson plan was composed by an Obama-assembled bipartisan commission that included House and Senate lawmakers and was chaired by Erskine Bowles, a multimillionaire investment banker and Clinton administration alumni, and Alan Simpson, a former Senator-turned-corporate lobbyist.

The commission put together a plan that called for corporate tax reform focused on cutting the corporate tax rate and entitlement reform based on policies such as raising the Social Security retirement age. Obama never embraced the plan, but a group of lawmakers, including Warner, known as the “Gang of Six” put forth legislation that mirrored its recommendations.

“We’d have gotten 70 votes if the establishments on both sides had not shot down our effort,” Warner complained on Monday.

“This is a room where now about ten percent of you…raised your hands as saying you have any political involvement. You, if you’re here, have done pretty damn well,” the senator told the audience. “You have an outsized ability to affect what happens in Washington, because you’re successful.”

“I get a little tired of the business community bitching about Washington but then never wanting to get their hands dirty,” he continued.

Warner lauded MacGuineas, who runs the Fix The Debt campaign, which has lobbied Congress to pass a Simpson-Bowles type proposal. Although her group does not disclose its donors, its “CEO Fiscal Leadership Council” includes representatives from Aetna, Caterpillar, JP Morgan Chase, General Electric, and other corporate giants.

“We put together an effort that Maya led which was the first time I’ve seen the business community…called Fix The Debt where we raised some resources so we could in a bipartisan way support Members who were willing to say we need entitlement reform, we need tax reform that generates revenue,” he said. “It was probably 1/100th of the business community [that] participated,” he said.

Weinberger, for his part, complained that Congress is too responsive to the public. “In fact when I worked for [former Missouri Republican Senator] Jack Danforth many years ago, he had a great line. People think in Washington we’re so dissassociated, we’re so aloof, we’re so unconnected to the general public. Nothing could be further from the truth, quite frankly. And we want to do what they want us to do to get elected, in many cases.”

He continued: “The problem is when you have candidates on both sides of the aisle attacking the corporate institution as all greedy and rich… And all not paying their fair share…all the institutions lose trust.”

Warner’s grand bargain is decidedly not what the public is looking for. Gallup polling in 2010 found that only 35 percent of Americans favor raising Social Security’s retirement age, unchanged from five years earlier. While the corporate world has been lobbying to reduce tax rates for years, Pew found that almost two-thirds of Americans said they were “bothered a lot by the feeling that some corporations aren’t paying what’s fair in federal taxes.”

It makes you wonder if Warner’s plan for a corporate alliance to oppose the public’s will on these issues would head off an angry populist revolt — or provoke one.