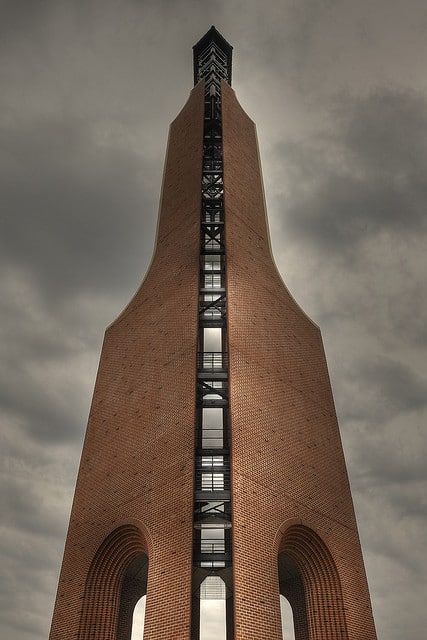 As the third Gaza war in five years winds down, another battle heats up in the United States over the limits of acceptable or civil criticism of Israel. No lives have been lost, but reputations, careers and livelihoods have been damaged, perhaps irredeemably so, by this latest conflict.

It began on Aug. 2, when the University of Illinois at Urbana-Champaign (UIUC) withdrew a job offer to Palestinian-American scholar Steven Salaita for comments he made on Twitter about the war in Gaza. The politicized nature of the process has caused uproar among scholars, who are demanding his reinstatement and refusing to teach or collaborate with the university. As the fall semester begins, we are likely to see heated protests in support of the embattled professor. The pressure from students, faculty and thousands of scholars in the United States and around the world already changed the calculus, although just how and to whose benefit remain in question.

On Sept. 1, after a meeting with chancellor Phyllis Wise, several students at the university reported that she told them that she reversed her decision and would now forward Salaita’s dossier to the university’s board of trustees for approval. On the morning of Sept. 2, however, she informed a group of professors, including English professor and director of the initiative in Holocaust, genocide and memory studies Michael Rothberg (aSalaita supporter), that there was no change in the status of his case and a reversal of her decision “was very unlikely.”

Regardless of the outcome, the particulars of Salaita’s case set a dangerous precedent for the future of academic freedom and scholarly independence. If allowed to stand, his dehiring will have a devastating effect on scholars working in highly politicized fields such as Middle Eastern studies and climate science, where critical and untempered public debate is most crucial. That’s not all: It will also limit the freedom of students and faculty to push the boundaries of knowledge and, in the process, their identities and futures toward new and unexpected horizons.

Salaita, to be sure, is not the first or only scholar to face the wrath of pro-Israel conservatives in the United States. Other academics such asNorman Finkelstein, Juan Cole, Joseph Massad, Nadia Abu El Haj, Erwin Chemerinsky, David Guth and, presently, Vijay Prashad, have been targeted with hiring or tenure delays for their outspoken criticism of Israel or other progressive views. Students across the country have faced similardisciplinary actions, as well as assaults by university police and even prosecution (and in some cases convictions), all because of campus political activism around Palestinian solidarity.

There are multiple legal and technical questions surrounding the decision to rescind the job offer to Salaita. The most immediate one is whether the university employed Salaita at the time the offer was withdrawn. For the legal disposition of this case, the more important issue is whether policies and laws protecting academic freedom cover scholars only when they are employed at a particular university or if the standards are applicable regardless of employment status.

Other questions are pertinent to broader concerns of academic freedom. First, it appears that Wise’s actions resulted from external pressure. Shortly after the scandal broke, she refused to address this allegation in a meeting with concerned faculty members. But media reports and the email correspondence of Wise and other senior school officials obtained through a Freedom of Information Act request strongly suggest that local Jewish organizations and external donors exerted significant pressure on Wise to fire Salaita. According to the most recently released documents, “a multiple six-figure” donor and other major contributors explicitly told Wise that if his hiring was confirmed, they would stop all donations to the school.

Pro-Israel activists insist Salaita’s tweets were anti-Semitic. For example, UIUC English professor Cary Nelson, who advises several Israel-advocacy organizations, has argued that the university was justified in rescinding Salaita’s offer because his tweets crossed the line. Nelson’s views carry significant weight because he is a former two-term president of the American Association of University Professors (AAUP), which has for the past century been the primary academic organization addressing academic freedom and shared governance issues.

Nelson has described Salaita’s tweets as “venomous,” “loathsome and foul-mouthed.” In a statement supporting Wise’s decision, the university’s trustees have implicitly made a similar argument, stating, “Disrespectful and demeaning speech that promotes malice is not an acceptable form of civil argument.”

Vote of no confidence

To be sure, a fair number of people believe Salaita’s views are extreme. But it’s also true that many people, including some Jews, share Salaita’s criticisms of Israel. Others refuse to make a judgment in the absence of substantial evidence beyond some angry tweets posted in the midst of a brutal war. Neither the chancellor nor her supporters have explained how many or which people must share their view before it warrants punishing or dehiring a scholar. It’s worth noting, however, that while thousands of scholars, including numerous UIUC faculty members and at least four departments have strongly criticized the move, a letter in support of her decision had only nine signatures.

Perhaps more important, as the American Historical Association pointed out in one of many critical letters to Wise from academic professional associations, Saliata’s employment was properly vetted and approved by the University of Illinois’ American Indian studies program through rigorous academic procedure. The hiring committee was aware of his well-documented political commentary but determined that it did not reflect lack of civility or uncollegiality. In its judgment, Salaita’s views did not reach the level of “weighty evidence of unfitness” as defined by the AAUP’s policy statement on “extramural utterances” to warrant sanction. Wise, the trustees and their supporters have yet to offer any evidence to challenge this assessment.

Professors from four UIUC departments, including the English department and the American Indian studies faculty that hired Salaita, have cast votes of no confidence in Wise, saying her decision is “in clear disregard of basic principles of shared governance and unit autonomy and without basic courtesy and respect for collegiality.” Salaita has denied the accusation of anti-Semitism, expressing his support for “equal rights for everybody, Jewish, Muslim and Christian,” but maintaining his opposition to state violence and colonization.

It is also worth considering the implications of according Twitter the weight of an academic medium. For example, Nelson argues that Salaita’s tweets are “an extension of his publication.” In Nelson’s view, if you are an academic and you tweet about issues related to your scholarship — and we can presume, post on other social media networks — they can and will now be considered “central to [your] work.” In other words, hastily constructed thoughts in 140 characters will carry the same value as a peer-reviewed publication based on years of research, their content judged not merely for accuracy but for civility and collegiality as well.

Twitter will not likely be civilized anytime soon, nor, in fact, should the university. Yet if Wise and her supporters prevail, the primacy of ensuring a comfortable and civil environment on campus may very well become the mainstream administrative view across the country. Challenging or shaking students’ deeply held beliefs and identities — once the core expectation of a liberal arts education — will be a fireable or at least dehireable offense. Similarly, civility tests will become part of the evaluation criteria for hiring and promoting all faculty, equal in weight to their research, teaching and service.

This is not merely a radical departure from long-accepted standards for scholarly excellence — which consider vigorous and contentious debate, not civility and comfort, to be the key markers of scholarly and academic rigor. It’s also unconstitutional, at least according to two open letters sent to Wise by the Center for Constitutional Rights and more than a dozen leading constitutional law scholars (PDF), and even warrants her and the trustees’ removal.

In defense of civilization

L’affaire Salaita is a powerful example of how public universities’ increasing reliance on private donations weakens and corrupts core principles of academic autonomy and freedom. Indeed, from roughly 700 pages of documentation from the case, it’s apparent that not a single faculty member was consulted prior to her decision. And when board of trustees chair Christopher Kennedy declared, “We are not trying to hurt the guy. We just don’t want him at the university,” the smugness of his claim to speak for the broad university community is impossible to ignore.

Beyond administrators, well-funded conservative organizations such as the American Council of Trustees and Alumni (ACTA) have sought to peel away faculty autonomy, shared governance and academic freedom. Crucially, both the ACTA and administrators such as Wise see the primary purpose of a university as training America’s next leaders.

But the environment they have created ensures that leaders are trained to be followers, averse to being challenged by uncomfortable realities or themselves challenging authority, accepting ever greater surveillance and the narrowing of permissible dissent and willing to sacrifice academic freedom — and the critical thinking that cannot be fostered without it — all in the service of protecting the university’s brand.

Salaita’s dehiring might boost investment in the campus by conservative pro-Israel donors, leading to UIUC’s brand recognition among certain consumers and high-level donors. But the fact that the trustees, who have even less accountability to the system they govern than the chancellor, retain the ability to intervene in academic appointments points to the ongoing threat to academic freedom posed by Salaita’s dehiring. Wise has now wisely passed the decision up the food chain, but should the trustees refuse to confirm Salaita’s appointment, it will have a chilling effect on the future of American higher education.

Academics across the United States need to take a stand in support of Salaita’s and their own rights. Otherwise, their most fleeting emotions shared with a few friends or followers may soon become the defining utterances of their academic lives.

Mark LeVine is a professor of modern Middle Eastern history at the University of California at Irvine, is a distinguished visiting professor at Lund University’s Center for Middle Eastern Studies and has been a columnist for Al Jazeera English since 2008. He is the author of “Heavy Metal Islam” and, most recently, “One Land, Two States: Israel and Palestine as Parallel States.” He served as a producer for the documentary film “Before the Spring, After the Fall.”