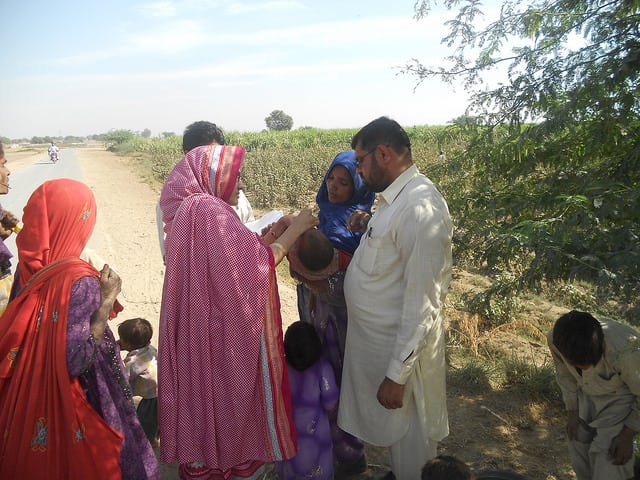 At least 15 people were killed and 25 wounded on Wednesday when a bomb blast targeted a polio eradication center in the city of Quetta, located in southwestern Pakistan.

The bomb reportedly hit a police van that was accompanying health workers in a drive aimed at immunizing young children.

“The police team had arrived to escort teams for the polio campaign,” Ahsan Mehboob, the provincial police chief, told Reuters. He added, “It was a suicide blast, we have gathered evidence from the scene.”

According to Reuters, two groups claimed responsibility: the Pakistani Taliban and Jundullah, which has ties to the Taliban.

The bombing is the latest deadly attack to target polio facilities and workers, who have fallen under greater distrust after the CIA orchestrated a fake vaccination drive in 2011 as part of the hunt for Osama Bin Ladin.

A spokesperson for Pakistan’s Ministry of Foreign affairs last year criticized the CIA’s ruse for undermining efforts to eradicate polio, arguing that it “further reinforced the negative perception about the agenda behind the polio eradication campaign.”

Pakistan and Afghanistan are the only two remaining countries in the world where polio continues to be transmitted.