Posted on May 12, 2015 Posted By: PPJC Admin2 Categories: Uncategorized 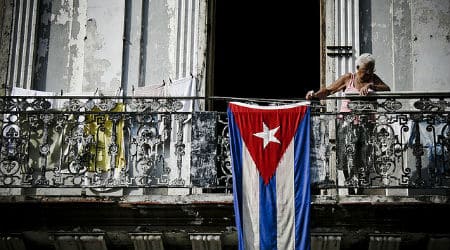 “A breakthrough in U.S.-Cuban relations after a wasted half-century
of mindless hostility and sanctions.”
A Free Forum on the Significance of the Diplomatic Thaw

For the first time in over five decades, the United States and Cuba will enjoy normal diplomatic ties. Those five decades have featured a brutal US embargo of the island nation, numerous covert attempts to assassinate its leaders, and a failed invasion, among other things. As Guardian journalist Ewan McCaskill put it, the restoration of ties represents “a breakthrough in U.S.-Cuban relations after a wasted half-century of mindless hostility and sanctions.”

But just how wide open will the diplomatic door swing? The economic sanctions against Cuba can only be lifted with the approval of Congress. How likely is that to happen when control of Congress has shifted radically to the right?

And then there’s the not inconsequential matter of US influence and domination. As Ralph Nader reflected upon, can Cuba’s principles stand up to a huge influx of “U.S. junk food, credit gouging, deceptive TV advertising, one-sided fine-print contracts, over promotion of drugs, and harmful corporate marketing.”

Karen Lee Wald is a writer, researcher and teacher who has spent nearly 5 decades writing about Cuba, dividing her time between California, where her children were born, and Havana, where they grew up. She speaks about a wide range of subjects and views the new stage of US-Cuba relations with both joy and skepticism.

Richard Hobbs is an immigration attorney, community activist, and Executive Director of Human Agenda, which recently organized two Emulation Tours to Cuba.  He also serves as the Coordinator of the Cooperative Economics Working Group of the U.S. Social Forum and of the Santa Clara Valley Cooperatives Collaborative.  Richard is knowledgeable about the new Cuban cooperatives.

Greg Miller worked as a hospital staff nurse for 37 years.  He is a long time activist in California Nurses Association and is now active in the Campaign for a Healthy California, to create a single payer/Medicare for All system in this state and, ultimately, the United States.  He has participated in two tours to Cuba, in 2011 and 2015.

Please join us for the re-launch of the Other Voices Forum! Our forum is held in the TV studio of the Mid-Peninsula Community Media Center, where it is recorded for broadcast on local cable TV and the internet. After a months-long hiatus while the studio was completely refitted with high definition equipment, we’re back on the air!

When we say Other Voices, we mean your voice, too! Much of the time of each forum is dedicated to conversation with attendees. Be a participant, not just an audience member. Bring your questions and comments and a be a part of the discussion.