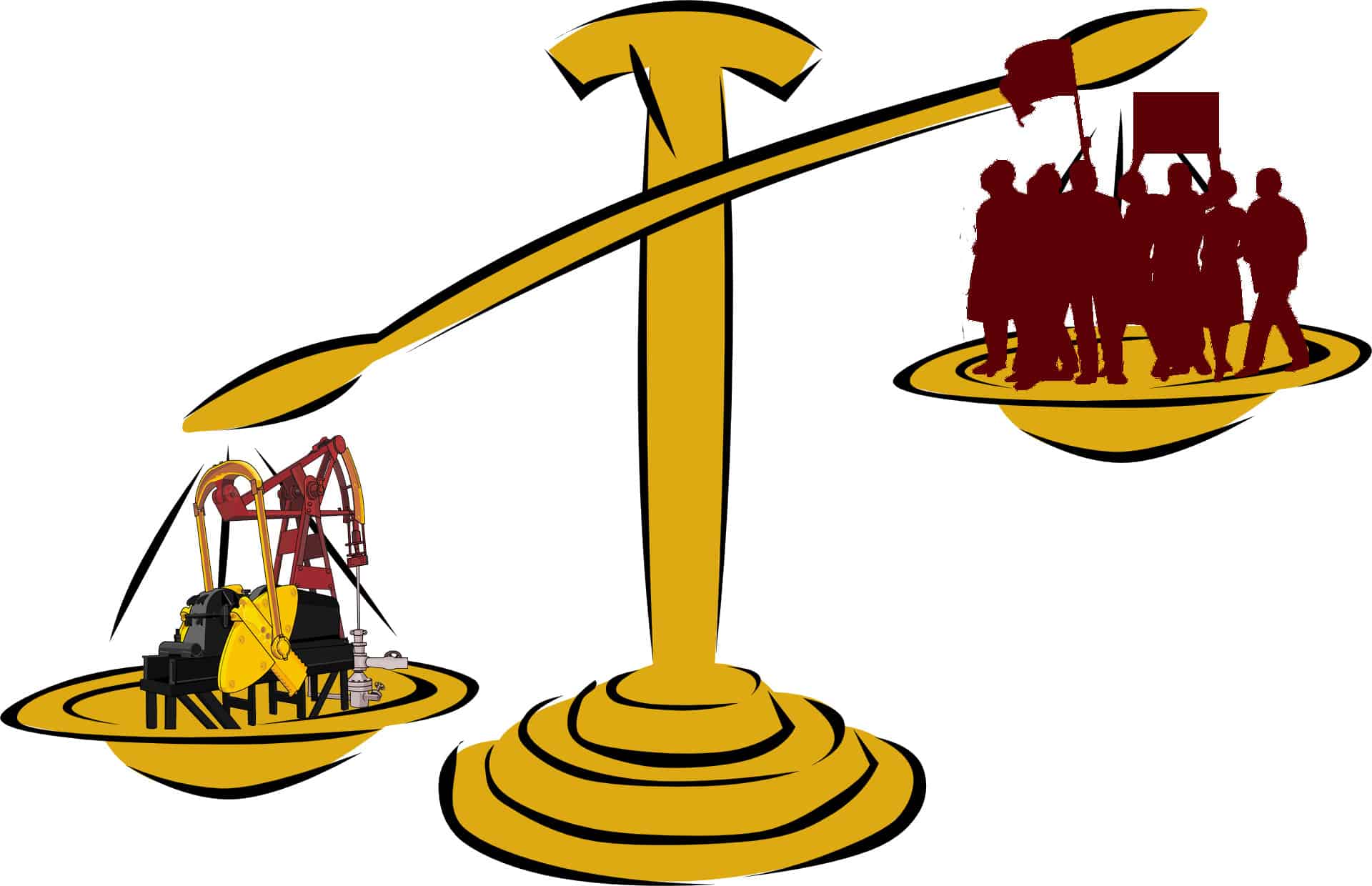 In the United States, people have the right to protest, and the press has the right to write about it. But over the past month, multiple journalists, documentary filmmakers, and activists have been arrested in three different states for engaging in and reporting on protests against fossil fuel infrastructure projects. While the arrests are concerning, many of the charges leveled at members of the press, particularly the documentarians, are excessive and clearly designed to send a message to other activists and members of the independent media who might cover the protests: Want to join them?

Earlier this month, Amy Goodman with Democracy Now! was charged with criminal trespass then — unbelievably — the more serious crime of rioting in North Dakota. State’s Attorney Ladd R. Erickson told the Grand Forks Herald that the charges were justified because he doesn’t consider Amy Goodman a journalist: “She’s a protester, basically. Everything she reported on was from the position of justifying the protest actions.”

Amy Goodman isn’t the only one. In September and October, four journalists with the independent news outfit Unicorn Riot were arrested for covering the Dakota Access oil pipeline protests in both North Dakota and Iowa. And nearly two weeks ago, documentarians Deia Schlosberg and Lindsey Goodwin-Grayzel were arrested in North Dakota and in Washington, respectively, for covering the #shutitdown action by five climate activists who temporarily shut down five pipelines carrying Canadian tar sands oil into the United States.

That’s 30 to 45 years in prison for their audacity to document a protest in the United States.

There’s little question that the severity of these charges are meant to send a chill down the spine of any journalist who dares cover the protests in ways the authorities and fossil fuel industry don’t like. But the worst punishment is reserved for those protesters who engage in nonviolent civil disobedience to call attention to the fossil fuel industry’s practices.

In North Dakota and Iowa, Native American activists, known as water protectors, fighting the Dakota Access pipeline are facing increasingly punitive charges and arrests as the local county sheriff’s offices get bolder. Despite the nonviolent nature of their actions, many indigenous water protectors are facing over-the-top charges that are clearly disproportionate to the actions taken against the pipeline. In one instance,21 people were arrested during a ceremony planting willow and corn. Nine peoplehave been charged with felonies for locking themselves to construction equipment used to construct the pipeline, and some of those charges have already been dismissed.  And just this past Saturday, 141 water protectors were arrested en masse even as some were trying to follow police orders to disperse.

Some of these arrests and charges seem to be happening not to address certain protester’s actions but to send an intimidating message to all environmental and indigenous protesters: Don’t cross the fossil fuel industry, or else.

The dramatic ramping up of charges against protesters came to a head on Tuesday, October 11, with the #shutitdown actions in Washington, North Dakota, Montana, and Minnesota. The five protesters who took part in shutting down the pipelines are now facing what the action’s organizers believe are the most severe charges ever for a nonviolent direct action. They are certainly the most severe charges any climate activist has faced in the modern climate movement, a movement that is defined and driven by dissent and protest.

No one was killed. No one was even hurt. Yet Foster could spend the rest of his life in prison.

The message being sent by these extreme charges is clearly directed at others who might consider protesting the fossil fuel industry and its infrastructure. And at a time when conversations around climate change and our role in it are more important than ever, that message is clearly meant to stifle the legitimate conversation around the role the industry plays.

Dissent and protest push the boundary of society’s comfort, particularly in the face of pressing and immediate issues the government doesn’t yet have the language to address — or won’t address. There is no more important time to stand up and defend our right to dissent and our freedom of the press than when those rights and freedoms come under attack.

Our country needs dissent. And our country needs its journalists to highlight that dissent and bring to light the injustices perpetuated by unjust laws. Government suppression and intimidation of the climate movement must end now.

Sabrina King is the policy director of the ACLU of Wyoming.