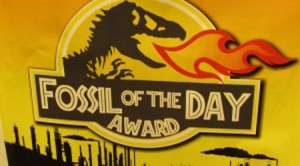 WARSAW, Poland—The United Nations is holding this year’s climate conference in Warsaw, a city steeped in history. Nicolaus Copernicus, the famous Polish astronomer who first posited that the Earth revolves around the sun and not vice versa, is celebrated here. The Frederic Chopin Airport is named for the brilliant composer who lived here. The pioneer in the science of radiation, Marie Curie, the first woman to win a Nobel Prize (she won two of them), was born here.

Here also was the Warsaw Ghetto, one of the many awful hallmarks of the Holocaust, where hundreds of thousands of Jews were imprisoned before being shipped off to their deaths at Treblinka and other Nazi concentration camps. It was under the oppression of the German occupiers that the Jews of the Ghetto rose up, in a courageous act of self-defense. Later, inspired by the Ghetto uprising, the non-Jewish residents of Warsaw rose up as well and fought for two months before being crushed. By the end of World War II, 6 million Poles, half of them Jews, had been killed. Eighty-five percent of Warsaw was demolished.

This is where the so-called COP 19 is being held, the 19th conference of parties to the United Nations Framework Convention on Climate Change, the UNFCCC. Sequestered in the new National Stadium, thousands of negotiators from the body’s 198 member countries hurry through the temporary, canvas-walled corridors erected on the stadium’s field, along with representatives of countless nongovernmental organizations and members of the press. This year’s meeting has a new feature: corporate sponsorship.

“This is perhaps the most corporate climate talks we have ever experienced … not to say that previous ones haven’t had a large corporate influence,” Pascoe Sabido told me. “But what’s different this time is the level of institutionalization, the degree to which the Polish government and the U.N., the UNFCCC, have welcomed this with open arms and have actively encouraged it.” Sabido works with Corporate Europe Observatory, which published the pamphlet “The COP 19 Guide to Corporate Lobbying: Climate Crooks and the Polish Government’s Partners in Crime.” Among them, Pascoe says, are “General Motors, known for funding climate skeptic think tanks like the Heartland Institute in the U.S.; you have BMW, which is doing equal things in Europe, trying to weaken emission standards.” LOTOS Group, the second-largest Polish petroleum corporation, has its logo emblazoned on the 11,000 tote bags handed out to delegates here.

Poland, which gets 80 percent to 90 percent of its power from coal, hosted a parallel conference with the World Coal Association, called the International Coal and Climate Summit. UNFCCC chief Christiana Figueres enraged many climate activists by dignifying the coal conference with a keynote address. Outside the summit, Greenpeace activists in climbing gear hung from the Ministry of Economy with a huge banner, in the red and white of the Polish flag, stating “Who Rules Poland: Coal Industry or the People?” On the roof, others unfurled “Who Rules the World? Fossil Fuel Industry or the People?” On the plaza below, hundreds rallied against coal, arriving in a procession called “Cough 4 Coal” with two huge inflated lungs, signifying the destructive impact of coal on the atmosphere and human health.

Back in the National Stadium, the negotiations were breaking down. “WTF?” activists shouted in unison. “Where’s the finance?” Wealthy countries had pledged financial support for poorer, developing countries to move to renewable energies (“mitigation”) and to prepare for the onslaught of climate change (“adaptation”). Oxfam estimates that to date this fund has raised only $7.6 billion, far short of the promised $30 billion to $100 billion. This is not charity; polluters should pay. The Philippines’ chief climate-change negotiator, Yeb Sano, spoke with me on the ninth day of his fast, which he started on the day COP 19 opened. “The U.S., accounting for at least one-fourth of cumulative emissions, has a huge responsibility, a moral responsibility, to tackle climate change, not just to address it domestically, but also to be able to provide support for developing countries.”

Typhoon Haiyan’s destruction provides a grim backdrop to the negotiations in Warsaw. Yeb Sano learned that his brother survived only by seeing him on a news report, helping to collect the dead. The science is clear: With increasing temperatures, extreme weather events will become more frequent and more deadly. After Sano announced his fast in an emotional address to the plenary, several students silently walked with him as he exited, holding a banner commemorating the dead in the Philippines. For this spontaneous act of solidarity, they were banned from the climate proceedings, for a year. One of the banned, Clemence Hutin from Paris, told me, “I don’t understand why civil society isn’t welcome here and corporations are.”