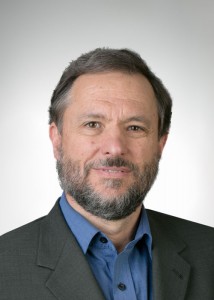 The international community, led by the United Nations and human rights groups, has expressed its outrage at attacks on civilians by both Hamas and Israel during this summer’s fighting. Israeli forces killed nearly 1,500 civilians, including 500 children, during its seven-week bombardment of the crowded enclave known as the Gaza Strip. However, the right-wing Israeli government has repeatedly claimed the civilians killed by their forces during the war were a result of Hamas using “human shields,” defined under international law as “Utilizing the presence of a civilian or other protected person to render certain points, areas or military forces immune from military operation.”

No eyewitnesses in the Gaza Strip during the war found any evidence of this, however. For example, in a July 24 New York Times article on the question, their reporters in Gaza noted, “There is no evidence that Hamas and other militants force civilians to stay in areas that are under attack.” Similarly, on July 25, Amnesty International noted that they had no evidence “that Palestinian civilians have been intentionally used by Hamas or Palestinian armed groups during the current hostilities to ‘shield’ specific locations or military personnel or equipment from Israeli attacks.

” Preliminary investigations by the United Nations, Human Rights Watch and others — while noting that Hamas had illegally engaged in hostilities in close proximity to civilian populated areas and had stored weaponry in unoccupied homes and schools — has subsequently found no evidence that Hamas had actually engaged in the actions meeting the widely accepted legal definition of human shields.

In an apparent effort to discredit these reports, however, Senate Majority Leader Harry Reid, D-Nevada, pushed through a Senate resolution claiming “Hamas intentionally uses civilians as human shields” and condemning the United Nations Human Rights Council for not saying that they did. Similarly, California Sen. Barbara Boxer drafted a letter to the UN High Commissioner for Human Rights attacking her for not declaring that “Hamas is using Palestinian men, women and children as human shields to deter Israeli attacks.” Neither senator’s offices were able to provide me with any evidence backing their claims, nor were they able to explain how they were able to somehow locate information that journalists, UN officials, or human rights monitors in Gaza itself were unable to find.

It is important to note, however, that even if Hamas had used human shields, Protocol I of the Fourth Geneva Convention makes it clear that if one side is shielding itself behind civilians, such a violation “shall not release the Parties to the conflict from their legal obligations with respect to the civilian population and civilians.” In other words, it would not only be a war crime for Hamas to force civilians into harm’s way, it would also be a war crime — despite Congressional insistence to the contrary — for Israel to kill them.

To use a domestic example: if bank robbers were holding tellers and customers hostage and were shooting at people from among them, the police could not get away with killing the hostages as well by saying the criminals were using human shields. Indeed, the implications of such broad bipartisan support in Congress for effectively saying otherwise is chilling, given that it could be replicated by law enforcement officials here in the U.S. at a time of militarizing local police in the name of fighting terrorism.

The goal of Boxer, Reid and other members of Congress appears to be to undermine the Fourth Geneva Convention and other international legal principles protecting non-combatants. In doing so, they are effectively allying with Syrian dictator Bashir Assad, who has similarly unleashed massive attacks on crowded urban civilian neighborhoods, causing even greater carnage, in the name of “fighting terrorism.”

It also raises troubling questions as to why we keep electing people like that.

Stephen Zunes is a professor of politics and coordinator of Middle Eastern Studies at the University of San Francisco.