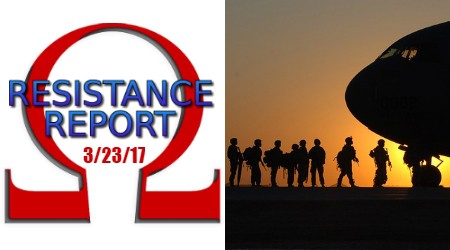 James Carden, The Nation: Congress Needs to Stop Trump’s Escalation of the War on Syria

The administration has decided to send an additional 2,500 ground combat troops to a staging base in Kuwait from which they could be called upon to back up coalition forces battling the Islamic State in Iraq and Syria. Once again, an administration is embarking on a military intervention in the absence of virtually any debate.

South Korea is twice as populous and 35 times as wealthy (in terms of Gross Domestic Product) as the North, boasting the 11th largest economy in the world (North Korea ranks 113th). In what universe does it make sense for American taxpayers to continue picking up a substantial portion of the check for South Korea’s defense from its smaller, poorer, less industrially advanced neighbor?

Sentiment in Washington may not reflect that the U.S. is at war, but two war correspondents described the astonishing extent and toll of recent U.S. military strikes in Iraq, Syria and Yemen on Intercepted, the weekly podcast by The Intercept’s Jeremy Scahill. 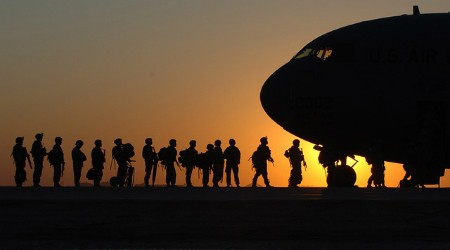