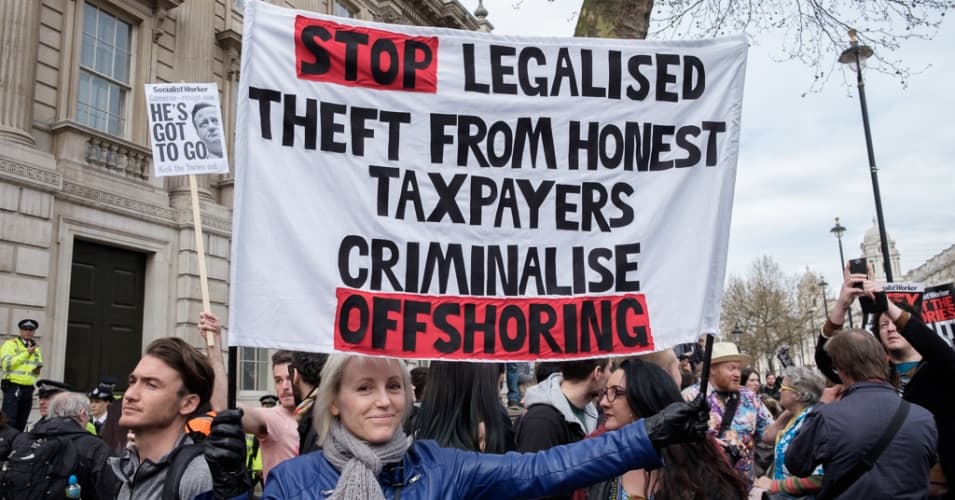 The Panama Papers should be no surprise. I was there in the 1970s, when the system they’ve exposed was set in motion. As an Economic Hit Man (an EHM), I helped forge this global economy that is based on legalized crimes. It’s a system in which 62 individuals have as much wealth as half the world’s population, and a handful of the super-rich control governments around the globe. Big corporations benefit from infrastructure and social services without having to foot the bill. Instead, average U.S. citizens pay for it with their hard-earned tax dollars, while the very rich and their corporations shelter their incomes in tax havens like Panama.

The foundations for Panama as a tax shelter go back to 1903, when President Theodore Roosevelt fomented a rebellion to wrest Panama from Colombia so the U.S. could build the Panama Canal. J.P. Morgan and Company became the new country’s official fiscal agent. Soon Panama passed laws allowing John D. Rockefeller’s Standard Oil Company to register its ships there, avoiding U.S. taxes and regulations — and Panamanian tax shelters were born.

I was sent to Panama to convince then-head of state Omar Torrijos to stop insisting the U.S. turn canal ownership over to Panama, and to soften his support for Latin America’s nationalistic movements. Torrijos would not yield on the canal. But he did let his country become a tax haven for international corporations. He told me, “If your country is determined to exploit mine, the least I can do is help your corporations avoid paying taxes that support the CIA and Pentagon!”

Torrijos died in 1981 in a plane crash many believe was orchestrated by the CIA. Since then, Panamanian administrations have remained a puppet of U.S. business interests, and the country is a tax shelter for the super rich. Over the past 12 years, the system that helped create it has spread from developing countries to the United States, Europe, and the rest of the world. The result: a failed global economy: Two and a half billion people live below the poverty level, on less than $2 a day. Seven out of 10 people live in countries with worse inequality than 30 years ago. Less than 5% of the world’s population lives in the United States, yet consumes 25% of the world’s resources. Less than 1% of that 5% dictate not only U.S. policies, but those of most other countries. It is an economic system based on debt, fear, militarization, and the extraction of the resources that support it, consuming itself into extinction.

There’s a lesson here. In this election year, we must understand that the next U.S. president has very limited powers. The powers rest in the big corporations and the people who run them. When billionaires are able to get laws passed such as the US-Panama Trade Promotion Agreement of 2012 and NAFTA, giving their corporations more power than sovereign nations, it’s time for change. We must create an economy dedicated to cleaning up pollution, developing new technologies that recycle and spare the earth, and creating systems that alleviate desperation, poverty, hunger, and the causes of violence and terrorism. This system must include fair taxation: those who benefit from the infrastructure must help pay for it.

The revelations of the Panama Papers are one more indictment of a failed system that I know only too well. It’s very possible these latest revelations are the proverbial straw that breaks the camel’s back and encourages us to understand that we have a responsibility to ourselves and future generations to reverse this terribly destructive course.

Can it be reversed? Look at Vermont. In a state with under 0.2% of U.S. population, a small group of activists and bloggers successfully pressured some of the biggest food producers in the country — Kellogg, General Mills, Campbell Soup, Mars, and ConAgri — to change their policies and commit to national GMO labeling. David can defeat Goliath.

Many will want to focus on the “arch enemies” exposed by the Panama Papers, like Putin, and on overpaid celebrities and athletes. Let us not be distracted. Let us instead focus on the super rich — those who finance the political campaigns that support their interests, promise lucrative consulting jobs when politicians lose or leave office, and hide their fortunes in tax havens like Panama.

The Panama Papers are a warning: we can’t turn a blind eye on legalized crimes. Let the people of Vermont encourage all of us to take action.

John Perkins  has written nine books that have been on the New York Times bestseller list for more than seventy weeks and translated into over thirty languages. His new book—New Confessions of an Economic Hit Man (Berrett-Koehler)—came out Feb, 2016. His previous books include Confessions of an Economic Hitman andHoodwinked: An Economic Hitman Reveals Why the World Financial Markets Imploded—and What We Need to Do to Remake Them. He has lectured at Harvard, Oxford, and more than 50 other universities around the world, and been featured on ABC, NBC, CNN, NPR, A&E, the History Channel, Time, The New York Times, The Washington Post, Cosmopolitan, Elle, Der Spiegel, and many other publications. For more information go towww.johnperkins.org.