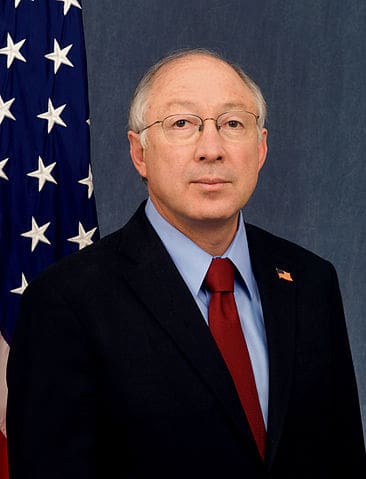 Like other Bernie Sanders delegates in Philadelphia a few weeks ago, I kept hearing about the crucial need to close ranks behind Hillary Clinton. “Unity” was the watchword. But Clinton has reaffirmed her unity with corporate America.

Rhetoric aside, Clinton is showing her solidarity with the nemesis of the Sanders campaign—Wall Street. The trend continued last week with the announcement that Clinton has tapped former senator and Interior secretary Ken Salazar to chair her transition team.

After many months of asserting that her support for the “gold standard” Trans-Pacific Partnership was a thing of the past—and after declaring that she wants restrictions on fracking so stringent that it could scarcely continue—Clinton has now selected a vehement advocate for the TPP and for fracking, to coordinate the process of staffing the top of her administration.

But wait, there’s more—much more than Salazar’s record—to tell us where the planning for the Hillary Clinton presidency is headed.

On the surface, it might seem like mere inside baseball to read about the transition team’s four co-chairs, described by Politico as “veteran Clinton aides Maggie Williams and Neera Tanden” along with “former National Security Adviser Tom Donilon and former Michigan Gov. Jennifer Granholm.” But the leaders of the transition team—including Clinton campaign chair John Podesta, who is also president of the Clinton-Kaine Transition Project—will wield enormous power.

“The transition team is one of the absolute most important things in the world for a new administration,” says William K. Black, who has held key positions at several major regulatory agencies such as the Federal Home Loan Bank Board. Along with “deciding what are we actually going to make our policy priorities,” the transition team will handle key questions: “Who will the top people be? Who are we going to vet, to hold all of the cabinet positions, and many non-cabinet positions, as well? The whole staffing of the senior leadership of the White House.”

Black’s assessment of Salazar, Podesta and the transition team’s four co-chairs is withering. “These aren’t just DNC regulars, Democratic National Committee regulars,” he said in an interview with The Real News Network. “What you’re seeing is complete domination by what used to be the Democratic Leadership Council. So this was a group we talked about in the past. Very, very, very right-wing on foreign policy, what they called a muscular foreign policy, which was a euphemism for invading places. And very, very tough on crime—this was that era of mass incarceration that Bill Clinton pushed, and it’s when Hillary was talking about black ‘superpredators,’ this myth, this so dangerous myth.”

As for Hillary Clinton’s widely heralded “move to the left” in recent months, Black said that it “was purely calculated for political purposes. And all of the team that’s going to hire all the key people and vet the key people for the most senior positions for at least the first several years of what increasingly looks likely to be a Clinton administration are going to be picked by these people, who are the opposite of progressive.”

In that light, Salazar is a grotesquely perfect choice to chair the transition team. After all of Clinton’s efforts to present herself as a foe of the big-money doors that revolve between influence peddlers and government officials in Washington, her choice of Salazar—a partner at the lobbying powerhouse WilmerHale since 2013—belies her smooth words. That choice means the oil and gas industry just hit a political gusher.

On both sides of the revolving doors, the industry has been ably served by Salazar, whose work included arguing for the Keystone XL pipeline. His support for fracking has been so ardent that it led him two years ago to make a notably fanciful claim: “We know that, from everything we’ve seen, there’s not a single case where hydraulic fracking has created an environmental problem for anyone.”

Salazar is part of a clear pattern. Clinton’s selection of Tim Kaine for vice president underscored why so many progressives distrust her. Kaine was among just one-quarter of Democrats in the Senate who voted last year to fast track the TPP. When he was Virginia’s governor, Kaine said that “I strongly support” a so-called right-to-work law that is anathema to organized labor. A few years ago he faulted fellow Democrats who sought to increase taxes for millionaires.

Clinton announced the Kaine pick while surely knowing that many progressives would find it abhorrent. A week beforehand, the Bernie Delegates Network released the results of a survey of Sanders delegates showing that 88 percent said they would find selection of Kaine “unacceptable.” Only 3 percent of the several hundred respondents said it would be “acceptable.”

The first big post-election showdown will be over the TPP in the lame-duck session of Congress. Clinton’s spokesman Brian Fallon reiterated a week ago that “she is against the TPP before the election and after the election.” But her choices for running mate and transition team have sent a very different message. And it’s likely that she is laying groundwork to convey anemic “opposition” that will be understood on Capitol Hill as a wink-and-nod from a president-elect who wouldn’t mind “aye” votes for the TPP.

Blessed with an unhinged and widely deplored Republican opponent, Hillary Clinton may be able to defeat him without doing much to mend fences with alienated Sanders voters. But Clinton’s smooth rhetoric should not change the fact that—on a vast array of issues—basic principles will require progressives to fight against her actual policy goals, every step of the way.